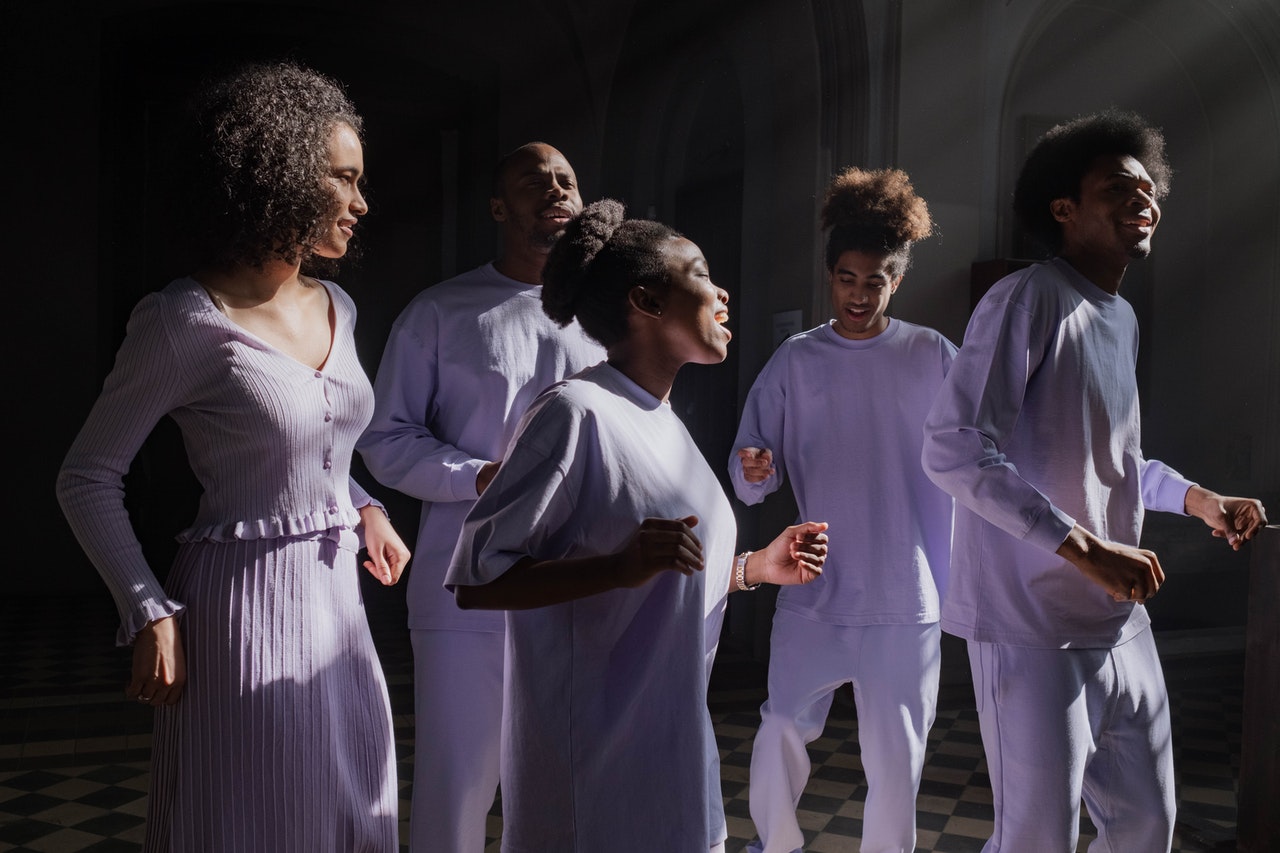 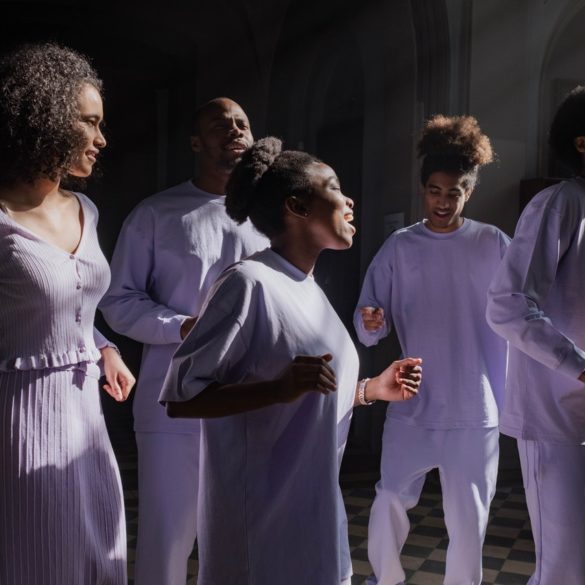 You often hear backup singers, also known as backing vocalists, in every genre of music. It’s easy to see that they play an important part in live performances, from providing vocal harmonies to supporting the lead singer. However, they’re often overlooked, which makes you wonder how they actually earn a living by being in another person’s shadow.

Though backup singers might not earn as much as singers do, they are paid quite well, with an average salary of $40,000 per year.

Being a backup singer seems easy, but it requires a lot of training and professional singing skills. So, in this article, we’ll be exploring what it really takes to become a backup singer and the exact salary they receive for their services.

What Is a Backup Singer?

A backup singer is a professional singer who is hired to provide vocal support to the lead vocalist or other backup singers on studio recordings and at live performances. Backup singers are also called backing vocalists, harmony vocalists, and background singers. They are used in almost every genre of music.

What Do Backup Singers Do?

While they might not be recognized as much as recording artists are, backup singers actually play an important role in performances. Backup singers provide vocal harmony with the lead singer or other background vocalists. They may also sing a counter-melody or perform alone as a lead-in to the main vocalist’s entry.

In the studio, backup singers, also called session singers, are expected to understand their part on a music sheet quickly and nail it on the first take with little to no rehearsal at all. They are usually very versatile, being able to shift vocal style for different artists and tracks across many genres.

As for live performing backing singers, they act as assistants to the artists during tours, special performances, and concerts. As for television broadcasts, they’re in charge of bringing studio harmonies to life.

Backup singers might also be required to learn and perform dance choreographies especially if they work with pop stars.

In every setting, backup singers are expected to be flexible and to adapt fast to the vocal criteria of the job. Their main role is to complement the lead vocalist without overshadowing them. Sometimes backup singers have to match the singer’s tone, rhythm, accent, and personality or even exhibit contrasting textures depending on the requirements of the performance at the time.

Backup singers definitely play an important role in musical performances. They provide vocal support to the lead vocalists, which ensures that a song or the sounds from the band are pleasant to the ears.

In live performances, backup singers may help provide cues for the audience to sing along. They can signal to the audience the specific timing they can join in to sing with the lead singer. This helps add more stage presence to the singer and makes the performance more powerful.

In other settings, like studio recordings, backup singers are also the musicians, so they provide both the music and harmony for the vocalists.

Sometimes backup singers are also dancers, complementing the singer and providing a smooth flow to the performance.

Though they are often overlooked and overshadowed by the main vocalist, backup singers are just as important in making a performance sound spectacular.

How Do I Become a Backup Singer?

Qualities of a Backup Singer

Know How to Sing

While backup singers don’t really require much qualification, it’s essential for them to at least have vocal experience and sufficient vocal training. Singing backup requires them to use their voices to stay in pitch, follow melodies, hold a harmony, or be a lead-in for the vocalist’s entry in a song. They also have good control of their voice and have a great understanding of their capabilities.

Listening is important to a backup singer. You can’t learn how to sing backup without honing your listening skills. You must be able to match your vocals to the requirements of the main performance, not take over it. A good backup singer accents the singer’s performance and knows how to stay invisible.

Be a Team Player

Backup singers normally perform as a group, which means working together as a team. Aside from supporting the lead singer, you also would have to support your fellow backing vocalists and musicians. When you work well in a group, you’ll be able to produce perfect melodies and harmonies with the other backup singers.

What Skills Does a Backup Singer Need?

Blending with the Main Vocal

Knowing how to blend your voice with the main vocal is vital for a backup singer. To do this, you have to watch the main singer carefully and take note of when they’re going to sing. You also have to learn to recognize the small movements and gestures of the lead singers.

Professional backup singers know how to show their strengths in singing by performing in-group harmony. In the case of singing backup, you must know how to hold your voice while the other backing vocalists sing different parts. You normally have to sing your own part together with the other members of the group who sing complementary parts.

Proper vocal volume and loudness synchronization are also important to backup singers. You need to know how to control your voice and when you should sing at a lower or softer volume. A singing performance would become more emotional, dynamic, and vibrant if you’re able to blend your voice volume flawlessly with the other backing singers.

Know When to Stop

Being a professional backup singer means you know when to stop so you sing longer than the lead singer. For this skill, you need to learn to drop the first consonant of each word you sing. This ensures that the lead singer is always ahead in the phrase and keeps you in sync with them. Of course, you still need to keep an eye out for subtle cues from the lead singer when they decide to stop singing.

How Much Do Backup Singers Make?

Salary of a Backup Singer

The salary range of a backup singer runs between $18,000 to $101,000. The average annual salary for most backup singers ranges from approximately around $44,000.

The salary of a backup singer is also affected depending on a few factors. Backup singers who are more experienced tend to be paid more. The size of the performance, the hosting company, or the music director also can have an effect on salaries. Backup singers may also earn more if they perform in popular areas that are well-known for music productions and record labels, like New York and Los Angeles.

Do Backup Singers Get Royalties?

If you wondered whether being a backup singer pays the bills, it does with a pretty substantial salary. The drawback is that you have to remain in the background while your vocals help to bring out the best in the performance.

However, being a backup singer does have its perks. You’ll get to learn to perfect your pitch and sight-read music sheets very quickly. You’ll also get to expand your vocal range and style to fit various music genres, which is a skill most artists don’t have time to improve on. If you’re working for a famous singer or band, you have the chance to follow them across the countries and visit new places.

While being a backup singer can seem like a tireless job, it can be both fun and rewarding. Besides, some backup singers end up becoming successful solo artists, like Cher and Whitney Houston.

So if you feel becoming a backup singer is your calling, don’t let anything hold you back, and go for it! 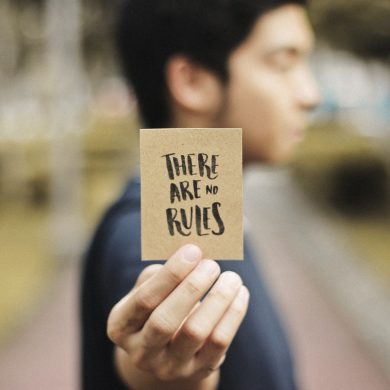