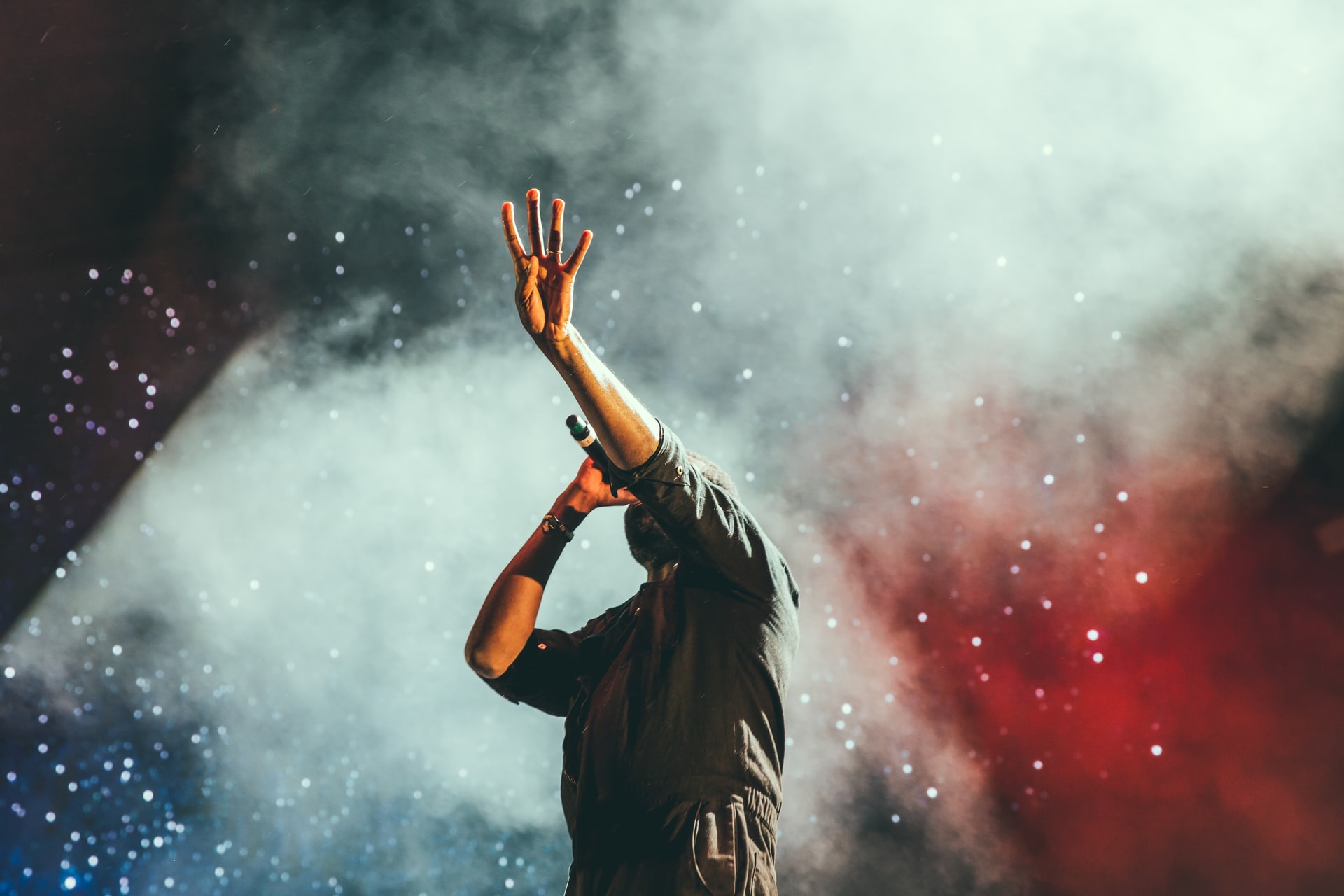 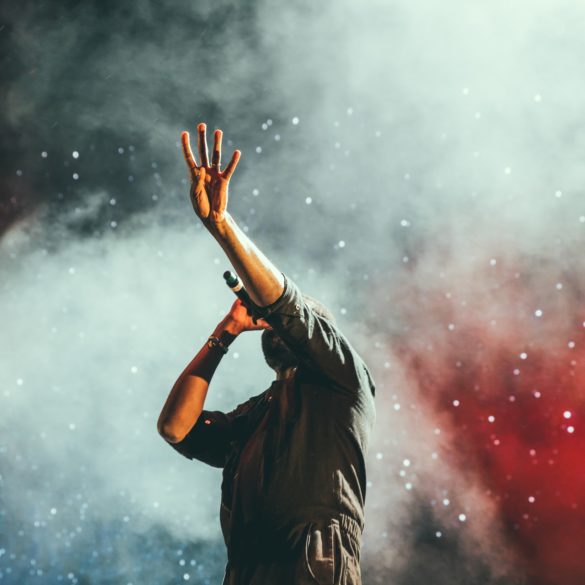 The fun of karaoke is getting the chance to belt out any song while your friends and family cheer you on. You’ll never run out of songs to choose from since new ones are released every day. But there’s no denying that songs from the nostalgic noughties are on a completely different level. Almost everyone knows one song from the 2000s that is still stuck in their heads.

That’s why we have compiled a list of songs from the 2000s to get your evening started and for you to have fun reliving your childhood.

Beyonce’s musical career blew up in the 2000s, with “Halo” being one of her most vocally demanding and optimistic hits. A pop ballad about sublime love, this song was a chart-topper in several countries and received numerous certificates. “Halo” is a powerful track with angelic undertones and a high register that requires you to sing to the heavens.

“Party in the USA” – Miley Cyrus

If you’re looking for something energetic, “Party in the USA” will surely get everyone dancing. The song was originally written for Jessie J but was handed over to Miley because it wasn’t edgy enough. This bouncy pop track is all about being confident and having fun, knowing things will turn out okay.

Nothing boosts your confidence like Nelly’s “Maneater.” The style and arrangement of this catchy electro-pop track were inspired by bands from the 1980s, like Hall & Oates and The Eurythmics. This up-tempo song features sick electro synths and a crazy beat that just makes you wanna bust a move. Along with its sassy lyrics, you’ll want to bring in some attitude to nail this ’00s hit.

“Fight for This Love” – Cheryl Cole

“Fight for This Love” is another enjoyable track that will definitely raise the energy in your karaoke bar. Released in 2009, the song talks about not giving up on a partner. It’s an up-tempo pop anthem with meaningful lyrics and a powerful chorus that would get everyone to join in with you.

Released in 2009, this soulful pop-rock ballad was Train’s biggest hit, peaking charts in several countries and winning numerous awards. With its crazy riffs and upbeat melodies, the song is a feel-good trip that would remind you of happier times.

Umbrella is arguably one of the most defining hits of the 2000s and the song that propelled Rihanna to fame. The song talks about Rihanna being with her partner through the good and bad, with the umbrella as a metaphor for her support. It’s also an easy song to sing, with repetitive lyrics and a memorable chorus.

“American Boy” was released in 2008 for Estelle’s second album Shine and became her breakout solo single. It’s a slice of modern disco that describes a romance with an American man. The track features breezy melodies, simple lyrics, and singable vocals that make it a delight to sing.

Since its release in 2008, “Mercy” gained success worldwide and was recognized as Duffy’s signature song. While it talks about the intense longing for a man’s affections, the upbeat tune and easy lyrics make it a fun song to dance to.

“The Boy Does Nothing” – Alesha Dixon

Feeling a little more old-school? “The Boy Does Nothing” is a groovy track that features elements of swing, jazz, mambo, and pop. The lyrics are also quite cheeky, describing Alesha’s former lovers’ lazy habit to a catchy tune. This song is a great choice if you’re feeling unhappy about someone’s attitude.

“TiK ToK” is undeniably the party anthem of the 2000s, with crazy beats and synths and the message of showing no shame in having fun. The best part about this nostalgic song is that everyone knows the lyrics and will be singing along with you once it comes on.

When this hit was first released, it reached the top of the charts in 35 countries, making it the second song to do so after Elton John’s “Candle in the Wind” in 1977. This emotional ballad speaks about learning to open up after being rejected. This song requires powerful vocals, but if you can’t do it, you can still think of it as a way to scream out all your feelings.

This 2007 pop-punk track will have you going full rockstar. The song revolves around liking a man who’s dating an unworthy partner with sassy lyrics and a fierce beat to match. Since this song is about stealing someone’s partner, you better be ready to bring on some attitude to match its energy.

Another iconic song, “Hips Don’t Lie” is hard not to dance to. Featuring reggaeton vibes and Latin vocals, this song was selected as one of the greatest tracks by 21st-century women. It’s a great song that can boost your confidence as you channel your inner Latin goddess.

Released in 2006, “Buttons” is a raunchy song about the group asking a man to help them undress in a submissive way. The track has memorable lyrics and an upbeat tune that takes inspiration from Middle Eastern music. It’s that kind of song where you get the chance to show off your sexy vocals and dance moves.

Everyone knows the iconic verse in this song that goes, “Apple Bottom jeans, boots with the fur…” Influenced by Southern hip-hop, “Low” is a club song that features straightforward lyrics, groovy instrumentals, and a memorable chorus everyone can sing along to. This catchy track was the longest-running number-one single in 2008 and was even used in numerous media.

It’s no surprise a song from the Princess of Pop is on our list. “Toxic” marked Britney’s first Grammy, winning the award for Best Dance Recording. A dance-pop song with elements of bhangra music, “Toxic” uses the metaphor of a dangerous and addictive drug to describe a lover. While “Toxic” is pretty fast-paced, it’s super fun and doesn’t stress your vocal cords too much.

“Crazy” is a 2006 collaborative track from the partnership between producer Danger Mouse and rapper/soulman Ceelo Green under the name Gnarls Barkley. It was an unexpected worldwide smash hit, peaking at number two on the Billboard Hot 100. The song has a chill and funky vibe that’s perfect for getting people into a relaxed mood.

Originally sung by the English band The Zutons in 2006, Mark Ronson and Amy Winehouse produced a cover of the song a year later for Mark’s album. Their cover is more upbeat and doesn’t need amazing vocals to make it sound good, making it an easy choice for karaoke. It’s also great for guy-and-gal duets.

Any 2000s list isn’t complete without a Linkin Park song. Released in 2001, “In the End” talks about wasting time building a relationship with a reluctant partner. The song goes hard at some points, so if you’re dying to get something off your mind, it’ll definitely leave you satisfied.

While it has mentions of suicide in the lyrics, this chart-topping track is actually an incredibly sunny song about being unable to get over a relationship. “Beautiful Girls” was released in 2007 as a debut single and became Kingston’s signature song. It’s also a pretty easy song to sing, with its catchy lyrics and jazzy groove.

“Need You Now” is a country power-ballad that depicts heartbreak and the longing to see a former partner while drunk. After it’s released in 2009, it peaked in many music charts across countries and spawned many covers by famous artists, like Boyce Avenue and Adele. What makes this song powerful is the emotion and passion that goes into it, so get ready to sing your heart out.

“The Only Exception” – Paramore

“The Only Exception” was Hayley’s first love song, describing her being skeptical of love at first before accepting that one day she will perhaps find her special person. This soft ballad will surely get you in the feels with its emotional lyrics and subtle tune. It’s a decent song choice if you prefer slower songs.

Just in case you’re dealing with someone indecisive, this dance-pop track makes a great call-out. “Hot N Cold” is all about dealing with a difficult person, with snarky lyrics and a bouncy melody to match. The song is so popular that it’s been featured in many films, commercials, and even video games.

A certified classic. The song was released in 2008, the year Beyonce and Jay-Z secretly got married. “Single Ladies” is basically their announcement, even though the pop track is about celebrating the single life. But whether you’re single or taken, this song gets everyone thrilled during karaoke.

Ne-Yo was a famous name in the 2000s and “So Sick” was his breakthrough track. The melancholic pop ballad depicts the feeling of heartbreak after a failed relationship, with straightforward lyrics and an emotional melody. As sad as this song goes, you just can’t help but feel a wave of nostalgia when it comes on. 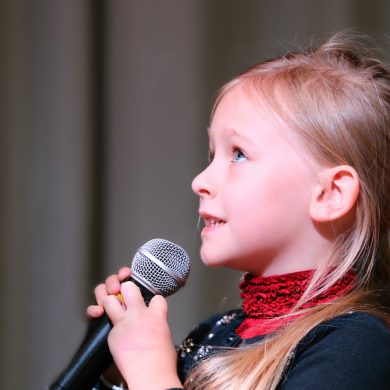