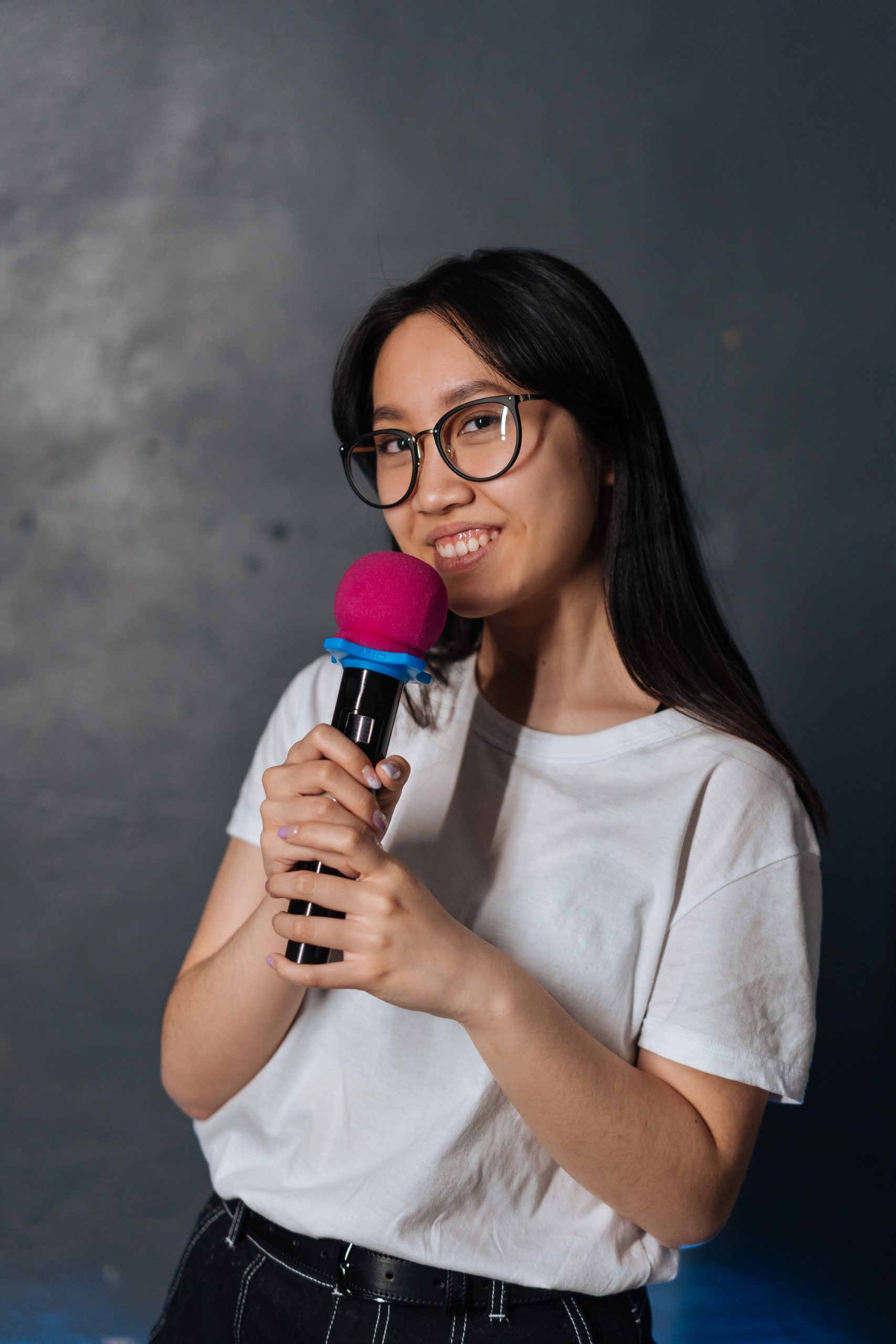 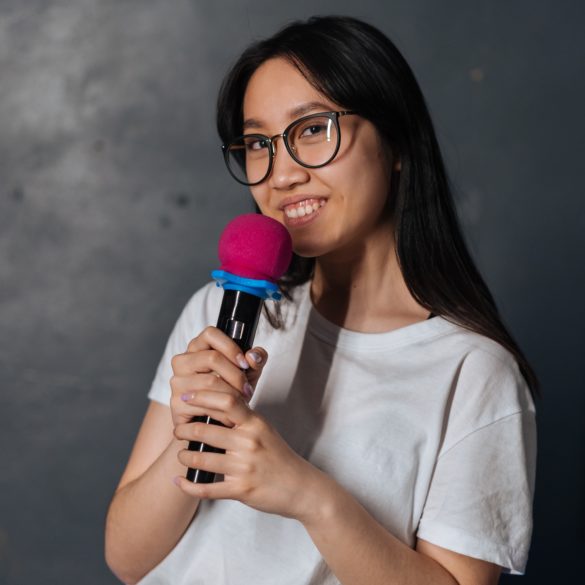 They love it so much that every Pinoy household has at least one karaoke machine.

Karaoke has become so synonymous with Filipino culture that it’s one of the main highlights at any event, whether it’s a birthday party, cultural festival, or family gathering.

Just as much as the Filipinos love karaoke, we have rounded up a list of Filipino songs that everyone can listen to like and love, too.

Whether you’re a fan of Filipino tracks or looking for something new to sing at your karaoke bar, have fun going through our musical picks!

After being featured in the fantasy series Darna starring Angel Locsin, this upbeat rock track became an instant favorite and skyrocketed the band to stardom.

The song was released in the band’s 2006 album Maharot. With catchy instrumentals and passionate vocals, this single is a staple in any Filipino karaoke session.

Just broke up with someone special? Aegis’s “Luha” has got your back.

An emotional rock single, “Luha” explores getting heartbroken by someone who never appreciated your love in the first place.

While this song was released in 1998, it’s still a timeless Pinoy classic with its uptempo instrumentals and powerful vocals.

This song is so iconic that it’s still one of the most popular Filipino singles out there.

Released in 1995 for the band’s album Cutterpillow, this rock track is about a boy who falls for an older woman who meets a tragic end later on.

It left such a great impact on Filipino culture that it was covered by professional and amateur artists alike.

The song does go pretty high toward the final chorus, so you might want to prepare yourself for that part.

It has a pretty explicit message, but we can’t deny that it’s catchy.

Released in 1999, Banyo Queen is about Andrew going out drinking with a girl and ends up waking up in a sleazy motel.

The song samples guitar riffs from the 1961 hit “Stand by Me.”

With its uptempo rhythm and less-than-appropriate lyrics, it’d definitely earn a few laughs from those who understand Filipino.

Published in 2005, “Jeepney” is the band’s hit single that made them well-known across the Philippines.

The song is credited for bringing back a defining genre of Filipino music known as “Manila sound.”

Featuring a distinct melody and relaxed vocals, “Jeepney” is an all-around track that’ll make you remember the good ol’ days.

Released in the band’s debut album, the unique song title came from bassist Nathan Azarcon’s humorous efforts to create a name for the track.

A romantic number, “214” talks about wanting someone to be by their side forever.

It’s a great song choice if you want to dedicate it to someone you love!

Published in Gary’s 1990 album Faces of Love, this beautiful track explores the confidence to trust in God and depend on Him as you brave the hardships of life.

With a sweeping melody and powerful lyrics, this song will definitely uplift the spirits of anyone who hears it.

Like with most worship songs, you’d need to sing with all your soul to really carry it through.

Sometimes we find love at the wrong time with the wrong person.

This 2006 single describes the struggles of falling in love with someone who’s already taken.

The slow-paced melody and heart-wrenching lyrics make it a perfect choice if you’re in the mood for a sad song.

It’s a classic love song, but hey, we still love it.

Featuring a soft tune and gentle vocals, “Ngiti” explores the strong feelings a man has for a woman that he’s kept secret from her.

It’s a track that’d definitely put everyone in a romantic mood.

One of the most iconic heartbreak Filipino songs, “Pare Ko” is another must-have at Pinoy karaoke sessions.

This 1993 track describes the frustration and emotional pain a man feels after he’s been friend-zoned by a college girl he likes.

The song became pretty controversial at the time of its release due to the presence of curse words in the lyrics.

If you’re worried about singing this single because of its explicit language, have no worries as a clean version was later published.

No one actually knows who the original singer of this song is, but it’s definitely a classic!

The track explores heartbreak and betrayal, describing the painful aftermath of a breakup.

There are many covers of this song, so you surely will be able to find one that would suit your vocal range.

“Halik” is undeniably another classic heartbreak Filipino song that we’ve heard in our childhoods.

Recorded by the band Aegis, this intense track describes a woman struggling with emotional pain after her partner leaves her.

This rock ballad goes hard with the vocals and tune that you’ll be trying to reach the heavens the second you start singing.

Published in UDD’s 2012 album Capacities, “Tadhana” is arguably one of the best singles from the group.

This pop ballad explores human connection and the yearning to be together no matter the distance.

With a simple yet catchy rhythm, “Tadhana” is a superb song that will move hearts with its meaningful lyrics.

The song is also pretty easy to sing as long as you sing it with passion.

Instead of coping with a breakup, this passionate track is about begging someone to stay after making some mistakes in a relationship.

With its slow-paced melody and soft vocals, this song can easily be adapted to any vocal range.

Aside from being published in Erik’s 2004 album This Is the Moment, it was also featured in the 2011 series Maria la del Barrio.

It might have been released in 2005, but this soulful single still holds as much nostalgia and meaning as it did then.

This rock ballad describes a woman who regrets breaking up with her partner and struggles to move on.

With a simple melody and beautiful lyrics, it’s a pretty easy song to follow.

This 2004 pop ballad was actually inspired by a Philippine television fantasy series known as Mulawin, which featured a race of bird people.

The song describes a man harboring secret feelings for a woman and hoping that she’d start to realize how much he loves her.

Aside from its sweet melody and romantic lyrics, the song has a pretty high register, so be prepared to belt out that chorus with all your heart.

Released in 2006, “Someday” is a pop ballad about a girl who’s been left by her lover but still believes a new one will come.

This simple track became a commercial success after its release and even won several awards.

With a rich melody and optimistic lyrics, “Someday” is an encouraging track that teaches us to look forward to better things in the future.

“Migraine” is a 2008 Tagalog-language rock ballad by the band Moonstar88 that was featured in the album Todo Combo.

The song tells the story of a girl wondering if her feelings will ever be reciprocated by the man she loves.

This track has been featured in a few films, including the 2009 film When I Met U.

“Gitara” describes a man trying to woo a girl he likes by singing while playing his guitar.

Featuring a simple guitar-backed tune and gentle vocals, it’s a great song choice if you want an easy song. 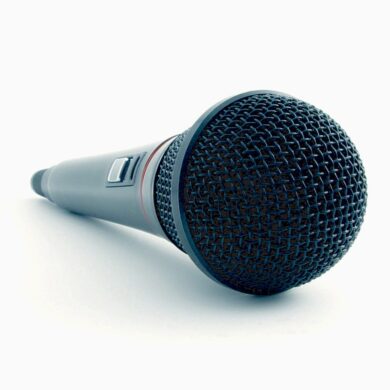