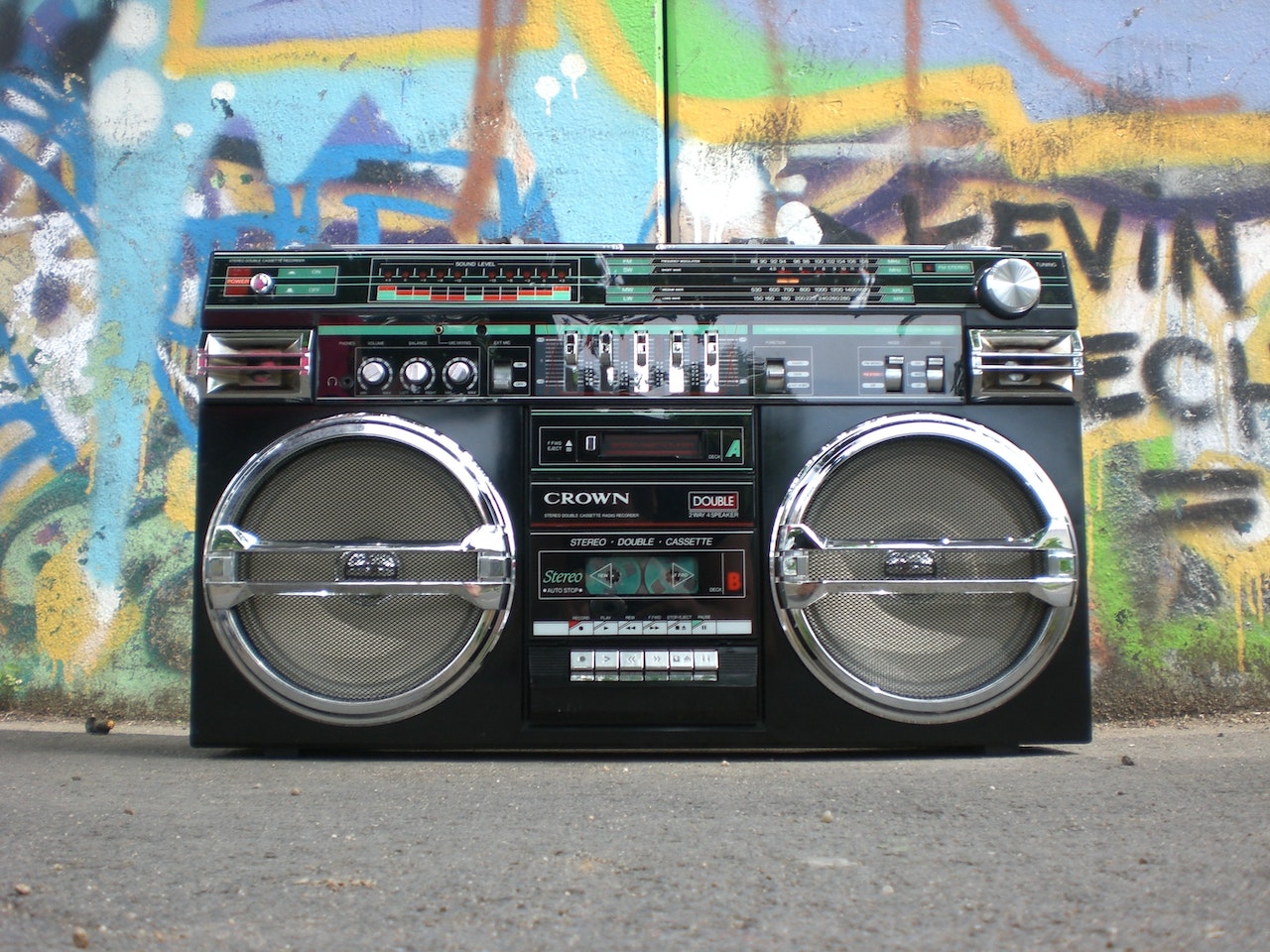 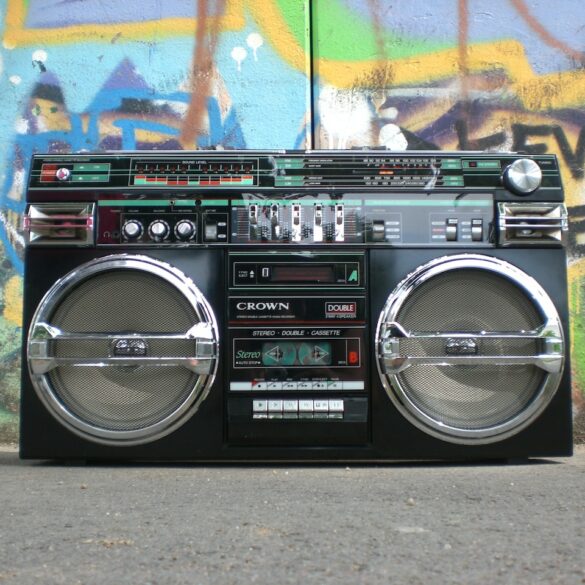 Who says that the older generation can’t enjoy karaoke? What makes karaoke great is that it’s for everyone, young and old.

Even if you were born when the first karaoke machine was invented, there’s definitely nothing wrong with enjoying modern karaoke as the youngins do.

Besides, being a member of the older generation does have its perks since you have plenty of great classics to choose from to take to the stage.

Whether you’re from the baby boomer era or just looking to update your playlist, here is a list of Gen X karaoke songs that’ll give your next karaoke party a nostalgic and retro feel.

Members of Gen X are no strangers to the King of Pop and his amazing tracks.

Released in 1983 on his album Thriller, “Billie Jean” was inspired by the tale of a young woman who claimed that one of her twins was Micheal’s son.

Oddly enough, Billie Jean isn’t a real name; instead it’s a composite of the obsessive fangirls he and his brothers have encountered over the years.

With a catchy tune and repetitive lyrics, this disco-infused number is fun and will easily get full-crowd participation.

“Never Gonna Give You Up” – Rick Astley

Need we say more about this iconic song?

A 1987 dance-pop number, Rick’s signature song is about never giving up on the one you love.

This upbeat track has become the basis for the rickrolling meme, which has led it to worldwide fame and garner success online.

Since it’s so well-known, you can bet that everyone will be singing along with you if you choose to sing this song.

“Hit Me With Your Best Shot” – Pat Benatar

Published in Pat’s 1980 album Crimes of Passion, this energetic power pop track is about a challenge and snark kiss-off to a self-lover.

Despite its strong feminist themes, the song is often used at baseball and soccer games.

With its empowering lyrics and uptempo melody, this track will surely uplift the spirits of anyone who hears it.

“Another One Bites the Dust” – Queen

How could anyone resist a Queen song?

This upbeat funk-rock number took the world by storm when it was first released in 1980.

The song isn’t the easiest to sing, but it’ll definitely get the party started with its high-energy melody, sick guitar riffs, and simple lyrics.

“Making Love Out of Nothing at All” – Air Supply

Air Supply is well-known for their power ballads, and this 1982 single is one of their best hits.

The song is actually a rework of the theme song from the 1980 film A Small Circle of Friends. It’s so popular that it’s been featured in numerous media like Criminal Minds and The Goldbergs.

This track is so recognizable and easy to remember that your audience won’t be able to resist joining you on the song.

“I Wanna Dance With Somebody” – Whitney Houston

Before her single “I Will Always Love You,” this 1987 R&B number was Whitney’s biggest hit.

Lyrically, the song is about having the time of your life with the person you love, which explains its high-energy rhythm and lighthearted tune.

This dance-pop track is so iconic that everyone will be singing and dancing along with you.

Considered the band’s signature song, “Livin’ on a Prayer” is a 1980s classic that almost everyone knows.

The song explores the hard lives of Tommy and Gina who struggle to make ends meet, reflecting the real-life situation of the songwriters at that time.

With its powerful melody and energetic vibe, this song is one of the hardest tracks to sing, but you won’t have to worry about messing it up since everyone will be too busy singing along.

“What’s Love Got to Do With It” – Tina Turner

This 1984 R&B ballad is all about falling head-over-heels for someone and overwhelmed by the feeling of being in love.

The song is one of Tina’s biggest hits, with a recent remix released in 2020 by Norwegian DJ Kygo.

Despite its relaxed beat and easy-to-remember lyrics, it has a pretty high register that’ll make you sing your heart out.

Though it was released in the 1980s, “Material Girl” remains one of Madonna’s most well-known hits, being one of the singles that established her as an icon.

This catchy pop track was a global sensation and peaked on music charts worldwide. Lyrically, the song is a satire on materialism and the shallowness of humans.

With an uptempo rhythm and fun lyrics, this track is a good choice if you’re in the mood to dance.

“Every Breath You Take” – The Police

Released in 1983, “Every Breath You Take” is the band’s signature song.

It’s often perceived as a love song, though in truth the lyrics are from the perspective of an obsessive lover.

This mellow track was a huge hit and is considered one of the greatest songs of all time, even winning a Grammy in 1984.

The straightforward lyrics and a lighthearted tune give the track a relaxed vibe, making it a great pick when the excitement has gone down and everyone’s just chilling.

Featured in Bobby’s 1989 album Don’t Be Cruel, “Every Little Step” is based on the songwriter’s relationship with his then-girlfriend.

Apparently, after hearing the demo, Bobby liked the song so much he decided to take it on.

He also popularized the Roger Rabbit dance and Gumby-style hi-top fade through the music video for this track.

With soft vocals and a simple melody, this R&B number is pretty relaxing to sing and will definitely put everyone at ease.

“I Just Called to Say I Love You” – Stevie Wonder

Originally written for Gene Wilder’s film The Woman in Red, the song went on to become one of Stevie’s most popular singles, receiving several Grammy nominations and even winning a few awards.

The track is about Stevie surprising his lover with a phone call and listing down the events in a year that gives him the chance to talk to her.

The tender melody and sweet lyrics give the song a romantic feel and would be a great choice to dedicate to someone special.

This romantic soft-rock ballad might have been released in 1989, but it remains one of the most memorable songs today.

Marx drew inspiration for the song when he was away from his wife touring for three months.

The song was a global success and has spawned many covers by different artists including Monica for her album The Boy Is Mine.

With an emotional rhythm and heartwarming lyrics, you’ll have everyone deep in their feelings with this track.

Released in 1983, this reggae-infused track was an international smash hit, topping the Billboard Hot 100 and reaching the top 10 list in several countries.

This cheerful track celebrates the fun and joy of letting go of your troubles by dancing and partying with others.

The mellow tune and poppy lyrics give the song a lighthearted feel, making it a great song to get everyone in good spirits.

“Eye of the Tiger” – Survivor

This 1982 hard-rock single is arguably most well-known as the theme song for the Rocky III film, fittingly used over a training montage with the lyrics describing someone training hard to overcome life’s obstacles.

“Eye of the Tiger” is the band’s most successful number and held the number one spot on the Billboard Hot 100 for six weeks after its release.

With upbeat instrumentals and inspiring lyrics, you’ll surely feel motivated and energized once you start singing this song.

“It Must Have Been Love” – Roxette

Released in 1987, this power ballad was originally known as “It Must Have Been Love (Christmas for the Broken Hearted).”

Since then, four different versions of the song have been published.

Lyrically, this smash hit is about forgetting to cherish the love one had and realizing it’s already gone.

Featuring a simple melody and pleasant vocals, this song has a nostalgic vibe that reminds you of the one who got away.

“Under Pressure” – David Bowie and Queen

When two stars come together in collaboration, you can be sure to expect a masterpiece.

First released in 1981, this rock track is about how pressure can make our lives crumble.

The song has been considered one of the greatest songs of all time and has been featured in many media, like Happy Feet and Good Omens.

With majestic instrumentals and poignant lyrics, this song is a powerful anthem that calls for equally powerful vocals to carry it through to the end.

If you’re in the mood for something catchy and cheery, this 1978 disco-funk number is what you’re looking for.

The song explores a nostalgic period that takes place in the titular month of September.

Being a well-known classic, “September” has spawned many covers and remixes and appeared in tons of commercials and films.

The song is pretty easy to sing with its joyful rhythm and carefree lyrics, and it will definitely make you remember the good old days.

This 1976 disco track was the theme song of a film of the same name and has remained an iconic bop until now.

While the older generation might be familiar with the original version, the younger ones recognize it from the 2004 film Shark Tale, which was covered by Christina Aguilera and Missy Elliott.

Lyrically, this lighthearted song is about putting the effort into your work, even if it’s only at the car wash.

With its feel-good rhythm and straightforward lyrics, it’s a great song that’d definitely get everyone onto the dance floor. 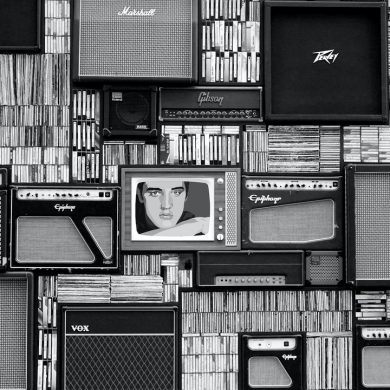 Receiver VS Amplifier: What’s The Difference?