Everyone loves going for classic, retro songs like Village People’s “Y.M.C.A.” or The Beatles’ “Hey Jude” since they’re well-known and easy to sing along.

But if you want to spice up your karaoke party, indie tracks are the way to go. Though they’re not mainstream, they can be catchy, meaningful, and charming in their own way.

That’s why we’ll be highlighting the 25 best indie songs you can sing at karaoke. There’s something for everyone on our list, and you’ll surely find yourself jamming out to these tunes.

In this 2012 track, Grimes gets introspective by exploring the issues women face in their daily lives.

Released on her album Visions, “Oblivion” is about street harassment and the trauma it leaves behind for women who’ve experience it.

This ’80s-inspired number is an all-around experience of synths, catchy tunes, and Grimes’ haunting vocals.

This upbeat tune was published on the band’s 2007 album We Started Nothing and was limited to a 500-copy run.

The track tells the story of a girl pursued relentlessly by a boy who only wants to play around with her.

The energetic rhythm and witty lyrics give the song an irresistible vibe, especially when it reaches the “ka-ching, ka-ching” part.

The charm of “Reptilia” has got to be its slick and catchy guitar work featured prominently throughout the track.

It also has catchy drums, electrifying vocals, and introspective lyrics that make it great to belt out during karaoke.

The song is so good that it has been used in music-based video games like Rock Band and Guitar Hero.

Despite being an indie track, it was very popular in the 2010s and is one of Neon Trees’ signature songs.

This fast-paced rock jam is about an insatiable and wild love that makes people act like animals.

It’s not the easiest song to sing, but it’ll definitely get full crowd participation.

This song has a melancholic feel to it, which is fitting as it was based on the strained relationship lead vocalist Isaac had with his brother.

The track was a massive success after its release and paved the way to stardom for the band.

The song features a typical 2000s melody, straightforward lyrics, and powerful vocals that would make you reflect on life.

“Dog Days Are Over” – Florence and the Machines

This 2008 song is an indie classic that was inspired by an art piece by Ugo Rondinone.

It explores the suddenness of discovering happiness and the disbelief that it’s present.

“Dog Days Are Over” is catchy, upbeat, and emotional at the same time, making it great to jam out with your friends.

“Little Talks” – Of Monsters And Men

If you’re looking for an indie song for a duet, “Little Talks” is perfect for you.

A romantic ballad, it describes a couple talking to each other, with hints that the husband is deceased.

It’s an infectious, cathartic, and dance-worthy tune that would make you dance, laugh, and cry.

“Common People” was the defining track of the Brit-pop movement in the 1990s. It was even well-known outside of the UK.

The lyrics are a critique on the wealthy who try to act like common people, viewing poverty as a glamorous trend.

This folk-pop track is a song we all recognize from the late 2000s, but we still don’t know who Delilah is.

The song gained popularity a year after its release and has been featured in shows like Playhouse Disney and Sesame Street.

This sweet, simple ballad is pretty easy to sing and so recognizable that anyone can join in with you.

If you’re looking for an indie track everyone knows, “Pompeii” is arguably your best option.

Released in 2013, this alternative rock track was the band’s breakthrough hit that catapulted them to worldwide fame.

With a smooth rhythm, catchy chorus, and descriptive lyrics, it’s a great track that you can sing along with your audience.

“Somebody I Used To Know” – Gotye

We’re pretty sure everyone’s familiar with this quirky pop single.

It was a worldwide anthem in 2011 and has spawned many covers by famous artists like Rita Ora and Pentatonix.

With a catchy beat, this song is a perfect representation of how it feels to go through a breakup.

“Undone” was Weezer’s first track from their 1994 self-titled debut album.

The song was intended to give off both sad and happy vibes, with lyrics that are up to personal interpretation.

“Lullaby” is an equal mix of rock and creepy, with an irresistible melody and haunting vocals.

Published in 1989, the song is about a scary bedtime story of a “spiderman” who eats children.

Despite its eerie themes, it became quite popular in Europe.

Mitski has been churning out indie bangers for a while now, and this punk-pop single is just as good.

The song is an autobiography, describing how Mitski’s upbringing and racial identity become an obstacle in her pursuit of a romantic relationship.

With its synths, bass, and distorted beats, it’s a song that cuts raw and deep into our hearts.

“The Night We Met” – Lord Huron

This lilting folk track gained popularity after being featured on the Netflix series 13 Reasons Why.

Though the song is intended as a romantic ballad, it has a mysterious vibe that leaves you wanting more.

It’s also a great, slow-paced track to sing when you’re approaching the end of your karaoke party.

“All These Things That I Have Done” – The Killers

You can’t go wrong with The Killers if you’re looking for a solid indie-rock song.

This upbeat 2004 track tells the story of how television host Matt Pinfield joined a program that mentored traumatized soldiers.

Featuring the gospel choir The Sweet Inspirations, it has an energetic feel that makes it fun to sing.

Released on the 2009 album Contra, “Cousins” is one of those quirky songs that you end up loving before you realized it.

Though it’s a fun song, it isn’t the easiest to sing, so make sure you do some practice first before performing it.

If you’ve been on TikTok for sometime, chances are that you’ve heard of this song. It basically went viral on the app in 2019.

The simple tune and Clairo’s soft vocals give it a cute vibe that would still entertain your audience.

“New Slang” exploded in popularity after it was featured in the 2004 film Garden State.

The folksy tune was about the desire to break free from the mundane to a more productive and substantial life.

With its acoustic melody and calming vocals, it’s a simple ballad everyone can easily relate to.

Fresh off the band’s 2021 album Jubilee, “Be Sweet” is an ’80s-inspired song about distrust in relationships.

The track finds the protagonist telling her lover to reconcile with her after she has fantasies of them leaving her.

It features a happy and upbeat tune that overshadows the somber lyrics. Despite that, it’s a surprisingly uplifting listen.

“Lemonade” is arguably the most straightforward song on this list.

Released in 2016, this cheerful, poppy single is about Friedman who attempts to hook up with a Californian girl.

With an upbeat rhythm and sunny vibe, it’s a great song that would put anyone in a good mood.

“Everything Is Embarrassing” – Sky Ferreira

This 2012 electro-pop track was a big hit in the 2010 and was considered one of the best recent songs.

With a catchy beat and wistful vocals, it perfectly depicts the regrets and sadness after a failed relationship.

The city of Chicago takes centerstage in Steven’s 2005 concept album Illinois. The song is autobiographical as it details his experiences in Chicago itself.

Even if you’ve never been to Chicago, the track easily connects to you with its irresistible beats and relatable lyrics.

If you’re looking for a great post-breakup revenge song, “The Hush” is the perfect pick for you.

The song doesn’t just ooze confidence, it radiates with a spellbinding allure that sets a sultry mood.

The lyrics speak of empowerment and inner strength, qualities we know we need to handle the aftermath of a breakup.

Released in 2017, this dreamy pop single is referred to as a “fantasy breakup arc.”

The song sees the protagonist pondering over a timeline in which the relationship fell apart.

Featuring a catchy rhythm and ethereal vocals, it’s a graceful song that gets us deep in the feels. 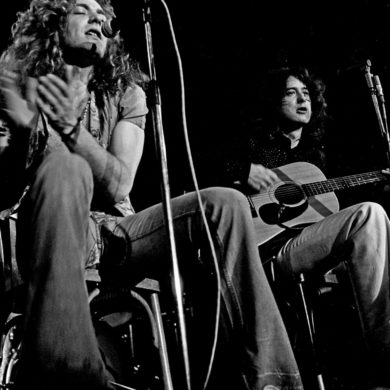