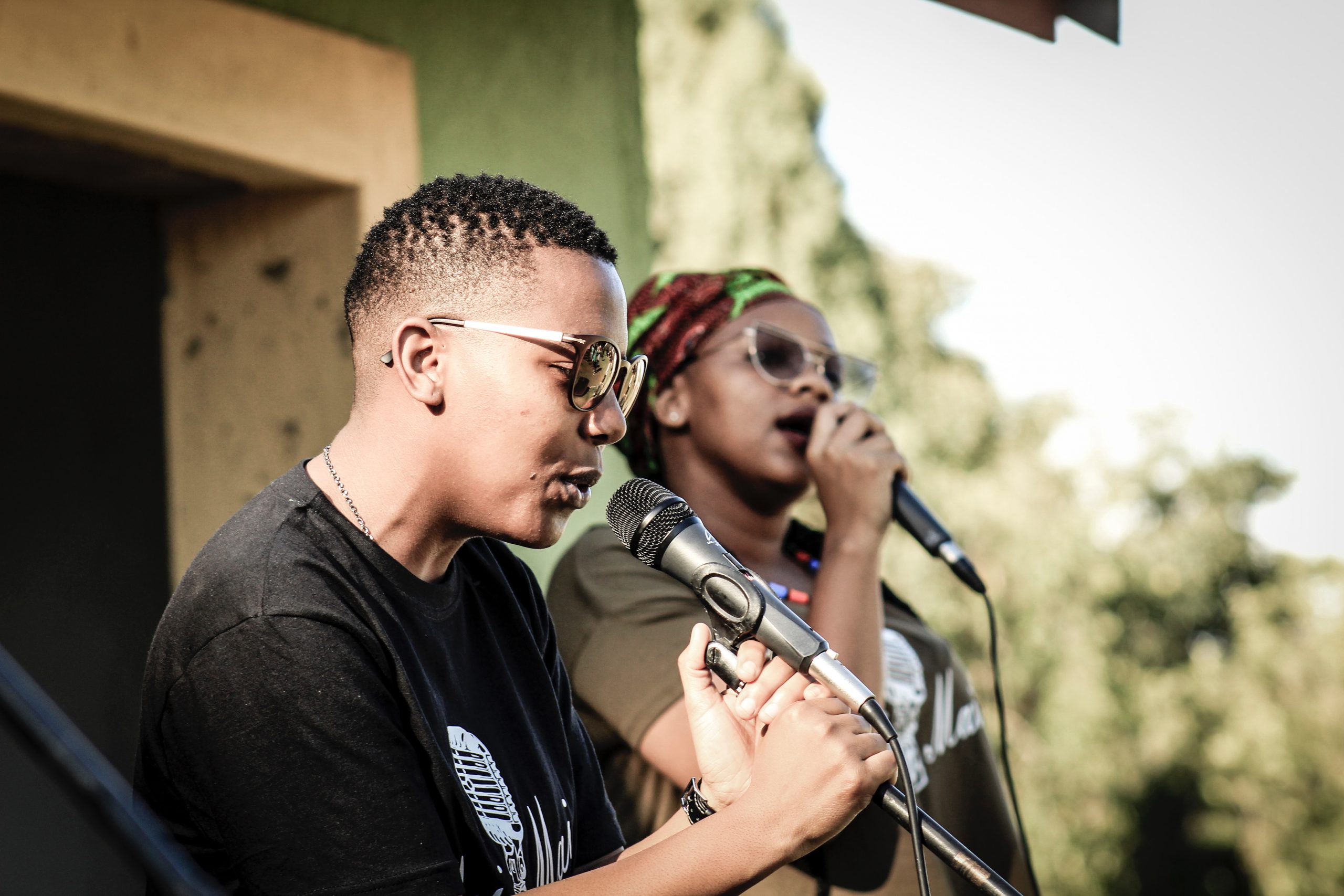 There is a certain joy that overtakes you when you’re out there belting your favorite song on karaoke. And the only way to make that feeling even better is to have someone there with you.

We’ve rounded up our pick of the best duets to sing in karaoke:

This 70’s single that’s inspired by Motown is a classic hit revived by multiple artists from RuPaul, Q-Tip, and even Miss Piggy from The Muppet Show. It’s a catchy song with an uptempo beat and makes for an easy karaoke duet.

Somethin’ Stupid tells a story many of us could probably relate to,  you’re into someone and you wanna play it cool but you’re emotions are not letting you. It’s also an easy duet with a simple structure where both people sing the entire song together.

23. (I’ve Had) The Time of My Life – Bill Medley and Jennifer Warnes

Dirty Dancing is a household name. It was a film that gave us life. It gave us the hot and rebellious Patrick Swayze in that iconic dance number that has been referenced in several films after and continues to be covered all over the world (with pretty hilarious and scary fails too). Though we don’t advise you to do the dance while singing the song, it is a definite bop and must be sung with at least some two-stepping.

22. Little Talks – Of Monsters and Men

A song that is really upbeat but talks about some strangely dark events. This indie song became really popular upon its release and propelled the Icelandic band to international recognition. The lyrics seem to narrate a horror story with lines like “the screams all sound the same” followed by the background cheers of “hey!”, and makes you really curious as to what this song is really about.

21. Just Give Me A Reason – Pink and Nate Reuss

Just Give Me A Reason is an emotionally intense song that just demands drama. It’s about hanging on and fighting for a relationship despite all the trials. This pop power-ballad is a bit of a challenge to sing but is a karaoke favorite nonetheless.

20. At The Beginning – Anastasia

Unlike the rest of the internet, we are not sleeping on Anastasia, we recognize the brilliance of this film as well as its soundtrack. At The Beginning is a song that talks about seeing life as an adventure while giving you those warm fuzzy feelings you get from singing love songs.

You gotta give it to the classics. This sweet and sentimental song is like lighting candles and spreading rose petals all over the room. Endless Love is and will be endlessly sung in karaoke for many years to come.

It’s a quarter after one and you’re singing this song at karaoke. We’ve all been there before, a little too much to drink and you’re already scrolling through your contacts. Need You Now is that drunken nostalgic mood and we are here for it.

Can’t choose which love song duet to sing? What about all of them? This playful medley that pokes fun and celebrates romantics at the same time is the perfect choice. The song includes all the favorite love songs with twice the drama and some playful banter as transitions.

Love songs are great and all but nothing quite brings up the need to do karaoke than a broken heart. And this, this song is the song you sing while simultaneously cry to. Get a friend who might also be dealing with heartbreak and just feel all the feelings.

15. Bring Me To Life – Evanescence

Yes Evanescence, wake us up and bring us all back to those emo/goth days. This anthem is bound to induce nostalgia among your friends. Eyeliner is not mandatory when singing this song but does give your performance the needed edge.

14. Love The Way You Lie – Rihanna and Eminem

A Rap/Hip-Hop song that takes some serious skills to pull off but has the drop-the-mic satisfaction when you do is Love The Way You Lie. Eminem’s rapping is lyrical and therefore has a steady beat but you’ll still need to be familiar with the bars to follow it smoothly.

Have you ever had a song rip your heart off your chest and leave it on the floor? This is that song. This country-pop ballad talks about the early stages of heartache and if you’re in that stage right now, we offer you hugs and this song to purge all that hurt.

Faithful to the title, this song gives off a vibe that’s cool and steady. Originally released by Smokey Robinson in 1979, the Motown hit was featured in the film, Duets, performed by Huey Lewis and Gwyneth Paltrow. The flirty lyrics and finish-each other sentences style of singing makes it an easy choice for duets. Even if you’re singing this with someone who’s not a romantic partner, the chill instrumental just makes it a fun song to sing. It’s just you, your friend, and the open road.

11. Somebody That I Used To Know – Gotye and Kimbra

This song might just be the most well-written break-up song. The raw lines and simple story-telling captures the difficulty of getting over a relationship that has left both parties jaded. The catchy art-pop song has its low and high notes in line with song’s overall tension.

This hit from the RnB Golden Era is the perfect song for you and your friend to just go head to head. It’s a song that calls for sass, class, so you better be ready to bring it on!

Originally sung by Patti Labelle then immortalized in the film Moulin’ Rouge by Lil’ Kim, Pink, Christina Aguilera, and Mya. Either version is absolute fire with the iconic French line “voulez-vous coucher avec moi” that rolls of the tongue in such a satisfying way. It’s easy to choose this song just to sing those lines.

The diva song that will out-diva all others. This song literally says “Yes, I know I am all that and if you love me you gotta love ALL of me because I love all of me”. It’s getting into a lowkey singing contest with your co-performer. Be warned, you might want to stretch and do a bit of vocal exercises before stepping into the ring … err – stage.

This lead single from the movie A Star is Born is possible why this latest remake was such a hit. It not only captured the movie’s plot but it also showcased Lady Gaga and Bradley Cooper’s undeniable chemistry on screen. This rock ballad is likened to Don’t Stop Believin’ and is a bit of a challenge to sing, you just have to channel your inner star and power through!

Originally released as a solo, the version that features Usher released in a separate EP adds more depth to the song. Keys wrote the song after the tragic 9/11 attacks and the death of Aaliyah, wanting to express that people need to realize the things that really matter in life. It’s a song filled with soul and passion and

This is not an easy duet to pull off but it definitely elevates you to badass status if you do. Not only do you have to know Jay Z’s rhythm and be able to rap. The person who takes Alicia’s part also has to be able to reach the singer’s high-notes.

Okay, technically this isn’t a duet but it does talk about two people. We can’t deny that it’s also thanks to Glee with their knack of turning any song into a duet that lets us see this song in a different light. The song has a timeless story, people risking everything they have to chase their dreams. It’s an anthem that everyone else in the room will probably know with a pre-chorus that is bound to rally the crowd into joining in.

This iconic duet from Disney’s Aladdin is a karaoke staple. If you grew up having the TV as a babysitter then there’s a big chance that you’re Disney Baby, and like all Disney babies, you have seen the original productions of the Disney princess movies. Though Aladdin might not have a hit-filled soundtrack as say, Beauty and The Beast, it does have the best “Prince and Princess” duet. We could have honestly just filled this whole list with Disney duets but that would be over-indulgent.

2. Under Pressure – Queen and David Bowie

No karaoke list is complete without Queen. This truly legendary duet between Freddie Mercury and David Bowie gives us all the vocal flare and antics every karaoke session needs.

This Motown classic about having someone’s back no matter what and sung in that feel-good-sunny-Sunday-morning attitude tops this list of Karaoke Duets. This song is seriously about love and good-vibes. There is no mountain high enough, no valley low enough, and no river wide enough to keep us from praising this song. 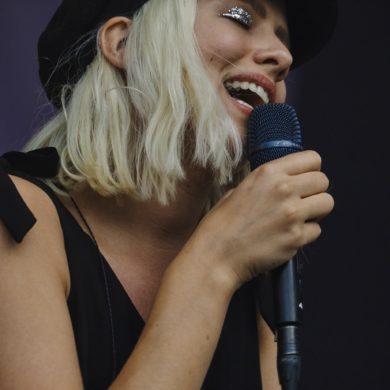 What Is the Best Key for Alto Singers?