Karaoke is a super fun activity for people of all ages and a great opportunity to let your voice shine in front of an audience.

However, if you’re not one of those “gifted” singers, karaoke might not be on your favorite-things-to-do list.

To be honest, when it comes to karaoke, no one actually cares if you aren’t a good singer. Chances are the people who walk into karaoke bars are likely bad singers themselves.

Even if you’re a self-confessed “bad” singer, you can ultimately sound great with the right songs.

We have rounded up some smart song choices that’ll still sound great even if you don’t have the best voice around to try out during karaoke.

“Dancing Queen” is just one of those songs that will never go old, no matter the decade.

A classic 1970s pop throwback, this song is pretty easy to sing with its memorable tune and repetitive lyrics.

Even if you’re not the best singer, the vocals in this song are quite forgiving, so you shouldn’t have much problem following it.

Many artists have also covered “Dancing Queen,” which can provide you with ideas on adjusting your range to sing the song.

If you’re looking for a song to jam out with everyone, “Don’t Stop Believin'” is the ultimate crowd-pleaser.

Released in 1981, this classic rock tune is an easy song choice with its simple lyrics and recognizable melody.

Even if you’re a lousy singer, no one’s gonna really notice since they’ll be too busy singing along.

This catchy country-pop track is one of the most definitive girl-power anthems out there.

Apparently, Shania was inspired to write this song after seeing some drag performers when she worked in Ontario.

This is a fun song that’s not meant to be taken seriously, so you can easily tackle it and pull it off without worrying about going out of tune.

The original version of “Lady Marmalade” was written in 1974 by Bob Crewe and Kenny Nola.

However, the more popular version is the 2001 cover by Christina Aguilera and other artists.

Lady Marmalade is a great song choice if you want to take on a song together as a group.

Even if you decide to tackle it solo, the song is more about telling a story than showcasing your vocals, so you can still perform it with a bad voice.

“Bye Bye Bye” was NSYNC’s most popular song, describing the band breaking up with their manipulative girlfriend.

This song is pretty ideal for bad singers because it has a catchy chorus and doesn’t require a lot of vocal strain.

It’s also enjoyable to sing and gives your audience a good kick of nostalgia.

With its fast-paced and recognizable chorus, “Livin’ La Vida Loca” is one of the best song choices to amp the crowd up.

Available in English and Spanish, this song is all about living the “crazy life,” so you don’t need spectacular vocals to make this song sound great.

While it’s not a party starter, it’s a safe song choice if you’re worried about your voice.

“Tom’s Diner” is a chill and hypnotic ride, with the do-do-do section being one of its memorable parts.

The song also leans heavily toward talk-singing, so no worries about messing it up.

“I Love Rock and Roll” – Joan Jett & the Blackhearts

Joan Jett’s rendition of “I Love Rock and Roll” is arguably one of the most successful cover songs of all time.

As you can expect from a hard rock track, it requires tons of attitude, grit, and energy.

Surprisingly, it doesn’t need an impressive range to carry it through and is pretty easy to sing.

It also features a powerful chorus that you can scream out as much as you want.

This 1960s soft rock track is a timeless classic and probably has been sung at every karaoke session ever.

The song has a captivating chorus and falls in most people’s middle range, making it a decent pick if you’re not good at singing.

“I Love This Bar” – Toby Keith

If you want to dedicate a song to your audience, this song is perfect, plus you’ll get a laugh out of them too.

As the title implies, “I Love This Bar” talks about the people who frequent Toby’s bar and the reason he loves the place.

It’s a hilarious, feel-good song, with a relaxing vibe and simple lyrics that won’t fail to put a smile on anyone’s face.

A Beatles classic, “Hey Jude” is a karaoke staple and one of the songs most people have memorized.

This pop-rock song is easy to follow with its repetitive lyrics and laidback tune.

Besides, no one can resist singing along to the na-na-na part.

“American Girl” is considered a classic rock standard and has been featured in several TV shows and films.

It’s also memorable enough that most people will be singing along with you and won’t notice if you screw it up.

We know it’s intimidating to try to match up to Adam Levine’s super high register.

However, this intense pop track has a bouncy beat and easy lyrics that give way to full crowd participation.

Everyone will be so focused on the music that it won’t matter if you can’t sing well.

Whether you’re a country fan or not, you gotta admit that Jolene is one of the easiest songs to sing.

It has simple lyrics, a relatable story, and a memorable chorus everyone knows.

It has an upbeat melody, straightforward lyrics, and a relatable story that most people can follow.

Despite its fast-paced tune, the song actually talks about the paranoia, infidelity, and jealousy that stemmed from Brandon’s heartache after his girlfriend cheated on him.

This song is a classic 1990s bop that just can’t be left out of any karaoke session.

Its memorable lyrics combined with the synths and catchy tune make it a great song for dancing.

The whole karaoke bar will be thrilled to join in when you opt for this song no matter how badly you might sing it.

“Walking on Sunshine” – Katrina and The Waves

Whether you’re familiar with this song or not, you won’t be able to resist singing along to this bright and fun 1980s pop track.

Many artists have covered this song including Dolly Parton and the cast of Glee, so there are lots of different versions out there.

With its optimistic lyrics and upbeat tune, “Walking on Sunshine” is an all-around feel-good trip to simpler times.

Any ’90s kid will know this iconic and easy-to-follow pop ballad by heart.

A catchy track about a strained relationship, “I Want It That Way” has won numerous awards and has spawned many covers and parodies.

It’s considered one of the greatest pop songs of all time, and the best part is that it doesn’t need amazing vocals to make it sound good.

Released in the 2000s, “Teenage Dirtbag” is a highly popular pop-rock song about an unrequited high school romance.

It’s also a good song choice if you don’t have much range, and you can easily change the lyrics in any way you want.

“Wannabe” is another ’90s song that stands the test of time and is still very popular for karaoke.

Whether you want to sing it solo or as a group, the message of the song boils down to female empowerment and valuing female friendships over romantic relationships.

The Spice Girls also have a mix of voices, so you can choose to sing higher or lower.

“Last Friday Night” is literally about partying heavily; a perfect song choice if you want to raise the energy in your karaoke bar.

The repetitive lyrics and exciting melody make it easy to sing without the need for perfect vocals.

If you’re unsure of your singing abilities, this 1999 alternative rock song is an ideal choice.

You can basically half sing and half talk throughout the song to build your confidence up and unleash your inner rockstar.

“Just the Way You Are” – Bruno Mars

“Just the Way You Are” is a sappy and romantic pop ballad that describes Bruno’s love for a beautiful girl.

If you’re dedicating it to someone special, no one will pay attention to the singing quality.

“Life Is a Highway” – Rascal Flatts

For fans of rock anthems, “Life Is a Highway” would be a suitable song choice for you, especially if you have a lower voice.

The song picked up in popularity after being featured in Pixar’s 2006 film Cars.

Almost everyone’s familiar with this song, so you won’t have a problem getting them to join in while rocking out the accompanying guitar riffs.

The catchy bubblegum-pop track was inescapable since it was first released, and it’s not going anywhere anytime soon in karaoke.

It has everything to bring the party to your karaoke bar: memorable lyrics, an exciting rhythm, and a recognizable chorus.

“Call Me Maybe” is a surefire way to get your audience to participate along, so don’t take yourself too seriously and just enjoy singing it. 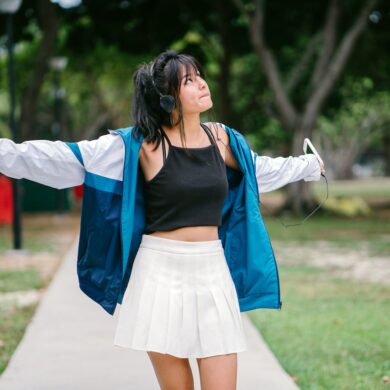