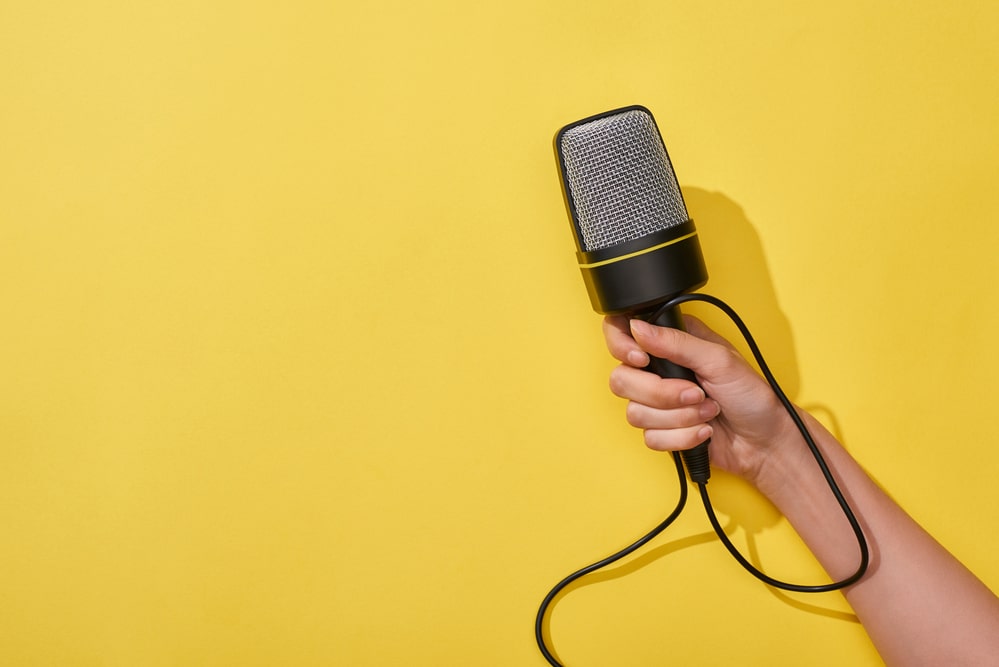 In karaoke, it seems like all the songs are made for people who can reach high notes, and anyone with low voices can’t get their moment. However, we’re here to show you that baritones can have the spotlight too! This article will show you the best karaoke songs for baritones.

The Beatles ‘All You Need Is Love‘

While John Lennon and Paul McCartney had relatively high voices, that doesn’t mean that guys with low vocal range can’t jam out to a classic Beatles song. All You Need Is Love is one of their songs that is sung in a lower key.

Anyone that enjoys the 90s knows that Wheatus is iconic. Teenage Dirtbag is a karaoke song that fits any voice, and you can make this your song by adding vocal curls to really stick it to the man.

Frank Sinatra ‘Fly Me To The Moon’

If you love jazz, or just enjoy crooning like Frank Sinatra, then you should consider singing the classic Fly me to the moon. This is also a great song to sing if you want to impress someone who’s into jazz.

Anyone with a voice in the baritone range knows that Kryptonite by 3 Doors Down is a karaoke classic, and its high notes won’t make your voice break.

Every person who frequents karaoke bars is more likely to encounter a group that includes this popular Queen song. While some people assume that this song is for a singer with a high voice, you’ll be surprised to find out that the Bohemian Rhapsody was made for guys with baritone voices. A stellar performance of this will have your friends singing Mama mia by the end of the night.

Another Frank Sinatra classic that is appropriate for baritones to sing is My Way. While you might not have the same silky suave voice like Frank Sinatra, this song will still give you a smooth vibe as you jam out with your best bros.

Steppenwolf ‘Born To Be Wild’

A karaoke session without this Steppenwolf classic isn’t complete. Whether you’re there for a good time or a wild time, Born to Be Wild is a great choice for guys with bass voices.

This Bon Jovi song is appropriate for those of you that enjoy alt music. A fun fact about this song is that it was the first song of its genre to be added to the US Top 50.

Piano Man by Billy Joel is a sad song, but it is a great song for those of you that have a low voice, and it’s difficult to mess up, so if you want to sing an easy song, this is your best bet.

A list of the best songs for baritones wouldn’t be complete without Elvis Presley. Most weddings use this song for the first dance, and it never fails to make everyone cry a little.

Billie Jean is a classic song that anyone with a baritone voice can reach, and it’s a great homage to Michael Jackson if you’re a fan of his work.

Eric Clapton isn’t known for having the best voice, but he does have sick guitar riffs. Complement his awesome guitar skills with your rendition of Layla. You’ll be the king of the bar at the end of the night.

Sometimes karaoke is a great way to get over the heartache that comes with the end of a relationship. This is further confirmed by the Boyz II Men song End of the Road. This song is appropriate if you have a voice that is lower than a tenor, or if you just don’t like singing songs with vocal skipping

Everyone loves a good Disney song, and while most Disney songs require you to have a range of a broadway singer, the Circle of Life from the Lion King is a baritone-friendly song that allows you to jam to a Disney classic.

Stop This Train by Beck is a song that’s great to sing if you have a low voice and you want to show your bros your sensitive side.

Tracy Chapman ‘Give Me One Reason’

Give Me One Reason is a song by Tracy Chapman, and while she is a woman, her voice is so low that anyone with a bass voice can sing this song and get pleasant results.

Queen is known for its iconic songs, including Bohemian Rhapsody; however, Don’t Stop Me Now is a great mood booster and can be sung by Baritones.

Blue Swede ‘Hooked on A Feeling’

Have you ever had that feeling where you’re so happy that you need to sing? Hooked On A Feeling By Blue Swede is the song that makes you feel like you need to burst into song.

Anyone with a low voice is sure to enjoy singing this edgy song by Johnny Cash. He had a baritone voice himself, which is why we recommend this song.

Elton John is known as the Rocket Man, known for his eclectic style of music, and fashion. A good song for guys with baritone voices to sing is Your Song, which doesn’t have a high vocal range. This song is still relevant to modern times.

John Mayer is a great artist for guys with deep voices because he has a low voice. If you’re looking for some sexy jams, then you might want to try this song, especially since most of John Mayer’s songs are loved by women.

If you want to earn some brownie points with your significant other, you might want to sing Your Man by Josh Turner.

Hinder ‘Lips of An Angel’

Fans of 90s grunge music will enjoy this classic song by Hinder. Your baritone voice is going to shine with this song, especially if your voice is more alternative than blues.

Elvis Presley ‘Are You Lonesome Tonight’

Elvis Presley aptly dubbed as the King has been known to croon with a low,seductive voice; which is why we suggest you go for his songs if you have a low vocal range.

If anyone has experience with songs that are appropriate for baritones, it’s Johnny Cash. Hurt is a sad song, but a good choice if you have a low voice.

What Is A Baritone Voice?

Now you might ask yourself, “how do I know if I am a baritone?” By definition, a person with a baritone voice has a lower and fuller range compared to a tenor, but not so low that they only reach bass notes.

In simple terms, a baritone is the second-lowest singing range, and can overlap both Tenor and Bass. Most males are said to have a baritone voice.

You can check if you’re a baritone if your voice ranges between the keys of A2 to A4, and if you can extend the depth of your voice to F2 or increase the pitch to C5.

How To Improve Your Singing

While some guys do have limited vocal range, that doesn’t mean that they can’t improve their singing voice with some tweaks. Here are some tips to improve your singing without training:

Now that you know which songs can be sung by guys with baritone voices, this is your moment to rock the stage in a bar, or in your home for a guys night.

The most important part of singing is remembering to have fun, and don’t make a big deal out of not reaching all the notes.

Baritones have amazing voices and are as important as the higher voice ranges too.