Punk-rock emerged in the 1970s, owing its roots to garage rock that became an offshoot genre when punk bands rejected the trends of mainstream music. This style of music is usually short and fast-paced with hard-edged instrumentation and melodies.

Punk-rock songs might be loud and raucous, but these qualities are what make punk-rock music perfect for karaoke. That’s why we’ll be going through a list of punk-rock tracks that you and your friends can jam out to.

Whether you’re a fan of punk-rock or looking to throw the wildest performance anyone can imagine, you’ll definitely find something that suits your tastes.

“I Love Rock ‘n’ Roll” – Joan Jett and the Blackhearts

Originally recorded by the Arrows, Jett’s version of the song turned out to be one of the most successful covers of all time.

The song is as the title says; it’s a love letter to rock music and the sweet experiences it has evoked over the years.

Along with Jett’s clear vocals, it’s a fun and energetic track that gets everyone hyped up.

Released in the band’s 1976 debut album, this uptempo banger is widely considered their signature song.

The track has a powerful tune, easy-to-remember lyrics, and infectious energy that would make anyone start dancing. It’s so popular that the verse, “Hey, ho, let’s go!” is often used at sporting events as a rallying cry.

“I Fought the Law” – The Clash

Despite being released as a cover, we can guarantee that The Clash’s take on the 1960s track elevates it to a different level.

The song also helped the band to gained airplay in the United States.

The track might have upbeat and high-energy instrumentals, but it actually details a man who’d lost everything to the authorities.

In this 1994 track, Green Day frontman Billie Joe Armstrong explores themes of mental illnesses and the stigma that surrounds them.

This song was originally composed about his struggle with anxiety before he was diagnosed with a panic disorder instead.

With a catchy and fast-paced rhythm, it’s also pretty relatable and easy to sing.

The upbeat tune and irresistible instrumentals make it a certified crowd-pleaser while raising awareness of a serious issue at the same time.

Not all punk-rock songs are gritty and introspective, as demonstrated by this 1988 number.

This song revolves around the protagonist who bonds with his rowdy girlfriend, overeating pizza and record-shopping.

It’s a lighthearted track with a good dose of humor and makes a good choice for any singing level.

Originally released in 1968 by Tommy James and the Shondells, Idol makes it his own by giving it a punk-rock twist.

The lyrics are full of raunchy messages as it’s about a man who’s seducing a woman.

While it wasn’t as popular as the original, it gave rise to a trend where people would shout obscenities during the silence in the verses at music events.

“I’m Not Okay (I Promise)” – My Chemical Romance

If you’re looking for a song to scream your heart out, this 2004 track is perfect for you.

The song revolves around the protagonist who’s trying to help out a girl while struggling to deal with his own problems.

With a strong, stripped-down tune and simple lyrics, you’ll definitely feel free after singing it out aloud.

This track has a more melancholic feel to it, as it took place at a time lead singer Ian Curtis was facing marital and health problems.

It’s a pretty heavy ballad, but we can’t deny that its gentle instrumentals and emotional lyrics make it a beautiful song to sing.

Published in the band’s titular album, this 1990 song tells the story of a protagonist who always messes up no matter what he does.

Despite being a frustrating track, it’s one of the band’s most popular numbers and is considered a concert staple.

The song features a memorable tune and mellow vocals that make it easy enough to follow.

If you’re looking for a song that would make everyone fired up, X’s remake of the 1966 chart-topper checks out all the boxes.

Aside from being featured in the film Major League, it has also been used by professional wrestlers Jon Moxley and Atsushi Onita as their entrance themes.

“Teenage Kicks” is a simple track about a teenage boy who has naughty dreams and desires of a girl he likes.

BBC Radio DJ John Peel was a huge fan of this song that he even requested some of the lyrics to be engraved on his tombstone.

Along with its clamorous instrumentals, it has that typical ’70s energy that would make a stunning performance.

Some punk-rock songs can be clever with their double meanings, and “Pretty in Pink” is a great example of that.

Released in 1981, this song seems like a man’s ode to a woman he likes. But as it goes on, the lyrics reveal that it’s about a woman who pretends to be innocent while sleeping around a lot.

“Enjoy Yourself” – The Specials

Maybe you’ve heard it, maybe you haven’t, but we can all agree that it’s an amazing song.

The Specials made a remake of the popular 1949 song and modernized it with an impossible-not-to-sing-along chorus.

The main message of this track is simple yet relatable: have as much fun as you want as you only live once.

Behind the catchy tune of 1980 track is a horror story that revolves around a serial killer and his victims.

The gruesome lyrics didn’t stop it from being recognized as one of the band’s greatest songs though. It’s so influential that other well-known artists like Metallica and NOFX have covered it.

“God Save the Queen” – Sex Pistols

This 1977 punk-rock number has its side of controversies, but somehow it ended up charting number one in the UK despite being banned.

The song was composed to criticize the monarchy and bring attention to the plight of the working class.

Despite its scandalous nature, there’s no denying that it’s catchy and infectious with a message that packs a punch.

“Personality Crisis” is another great punk-rock song that you can’t resist singing along to.

Published in the band’s debut album, the track explores themes of sanity, heartbreak, and drug usage.

The anthemic melody and powerful vocals will have everyone rocking hard until you reach the final verse.

The Dead Boys was actually one of the first bands formed during the new wave of punk in the 1970s. They’re regarded as one of the rowdiest bands, and it shows in their music.

“What Love Is” is edgy and high-strung, centering around a toxic relationship.

Chances are, you’ve probably heard this 1984 smash hit somewhere before.

It was a big hit in dance clubs in the past for its catchy rhythm and chorus. Nowadays, it’s featured in popular culture like Stranger Things and Rick and Morty.

“Search and Destroy” – Iggy and the Stooges

This song was inspired by an article from Time magazine that revolved around the Vietnam War.

With its anti-war sentiments and unrestrained rhythm, it has been covered by other bands like Red Hot Chili Peppers and Florence and the Machine.

“Ruby Soho” is one of those songs with a chorus you won’t be able to get out of your head.

Released in 1995, the track is about a girl who leaves her punk boyfriend when she realises she has no more feelings for him.

The simplistic lyrics and fast-paced rhythm make it a dance-worthy bop that would shake things up at your karaoke party. 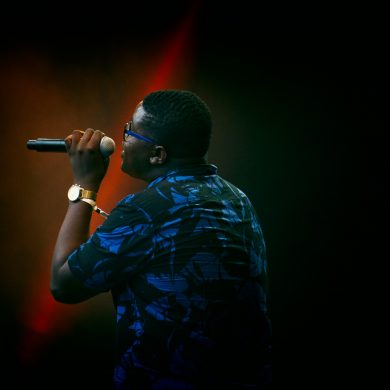