21 Songs To Dedicate To Your Son (All Styles!)

Every child deserves to be cherished no matter how old they are. As much as daughters are beloved princesses, sons are also treasured princes who need the same amount of love, attention, and care.

There’s certainly no harm in showing how much you love your boys, and what better way to do so than singing it to them during karaoke?

We have rounded up some songs that can help you express how much your son means to you. From country to rap, you’ll surely find a track that will connect you to your son.

The Best Songs to Dedicate to Your Son

This 1998 track was inspired by Bill Wither’s and Grove Washington’s song of the same name.

Except, in Will’s version, it’s about the love shared between a father and son rather than a couple.

The groovy melody is especially soothing, with encouraging lyrics about fatherhood and experiencing life with your son.

Crow’s melancholic tune reaffirms the fear that every parent has for their child: facing the pain of reality.

Accompanied by an acoustic guitar, “Lullaby for Wyatt” is about a mother who wishes to protect her son but ultimately understands that letting him go is for the best.

The song is a melodic combination of Crow’s sweet vocals and mellow rhythm that would get anyone in the feels.

Every child out there needs reassurance and comfort from their parents.

This upbeat song presents a special message to all the sons out there: you’re perfect the way you are.

It’s a great song choice if you want to tell your son how much you love and support him.

“Here Comes the Sun” – The Beatles

While it isn’t technically directed to sons, it’s still a sweet song that can be sung by a parent to a child.

Released in 1969, this track was written after George Harrison found his passion for music again. It talks about hope and looking for the silver lining amidst difficult situations.

There’s nothing more reassuring for a son to hear their parent try to lift their spirits up with this song.

“He Gets That from Me” – Reba McEntire

This 2004 country number would surely strike a chord with any parent out there.

The track is an ode to McEntire’s son, Shelby Blackstock. She notes the little habits and quirks he inherited from her and her husband in this sentimental ditty.

This track doesn’t have a clear interpretation, but it can be regarded as a father feeling regretful for messing things up with his son and wife.

“Little Lion Man” was quite a hit and was even nominated for Best Rock Song at the 53rd Grammy Awards.

No words can describe how sappy and heartfelt this ditty is. The song finds a mother reminiscing on her son’s early moments to his adulthood.

With a simple piano-backed melody, the track is also perfect for wedding dances between mother and son!

Be prepared with your tissues and hankies because floodgates will open once you sing this song.

Celine Dion is just too good at churning out songs that tug hard at your heartstrings.

Dedicated to her child René-Charles Angélil, this track finds Dion celebrating his birth and finding strength as a mother.

With emotional harmonies and Dion’s swaying vocals, it’s a simple track that still gets your parental feelings across.

“When You Need Me” – Bruce Springsteen

Released in 1998, “When You Need Me” is a country single on love, commitment, and parenthood.

A slow-paced track, it details a parent reassuring their child that they’ll always be there for them.

The song is also a popular choice for wedding dances with its uplifting lyrics.

It’s normal for parents to worry about their children. Brice’s 2017 track addresses the concerns of a father toward his son who’s growing up too fast.

Featuring lilting acoustic instrumentals, “Boy” connects every father to their son with the sweetest lyrics.

Ciara’s melodic vocals grace our ears with this sentimental composition about a mother’s love for her son.

This 2015 track was dedicated to Future Zahir Wilburn, and embodies everything about parenthood.

With a string-driven rhythm, it’s a breathtaking song that will resonate with every father, mother, and child out there.

Beautiful Boy was composed for Lennon’s only son with Yoko Ono, Sean. It was published in the 1980 album Double Fantasy before his death.

The song features a lullaby-like tune that corresponds to its comforting lyrics.

It’s a lovely track that can be sung to your little one when he’s about to sleep.

“You Had to Be There” – Tim McGraw

There are times where parents fail their children and they have to deal with the consequences.

In this 2009 track, McGraw sings about a jailed father talking to his son, who’s clearly not happy about his bad decisions. The father clearly regrets his behavior, but it’s too late to turn back.

Parenting is hard, but the very least you can do is own up to your mistakes.

If you’re a new parent or have infants, this lilting ballad would be perfect as a lullaby.

Released in 2007, “Baby Mine” describes a parent’s affection and love for their newborn child.

With a soothing rhythm and gentle vocals, your son will definitely doze off quickly.

Like any child, sons also wish to be praised and complimented no matter how old they are.

Janelle’s sweeping ballad is a mother’s ode to her child, who is amazing and capable in her eyes. Of course, it can be sung by fathers too.

“Sail to the Moon” – Radiohead

“Sail to the Moon” is a slow-paced ditty published in Radiohead’s 2003 album Hail to the Thief.

This ethereal ballad was apparently written for Yorke’s infant son Noah within five minutes. It might be short, but it’s quite introspective and easy to follow.

“You Are the Sunshine of My Life” – Stevie Wonder

Maybe this song was written as a love ballad, but nothing’s stopping you from dedicating it to your own child.

Like the title, the song is catchy and cheerful with a relaxing, soul-driven beat. It’d surely put a smile on anyone’s face, especially your son’s!

This motivating track is what every child would have loved to hear from their parents.

“I Hope You Dance” represents a mother’s hope so her child wouldn’t be easily disillusioned and stay positive throughout their struggles.

The mellow rhythm and Womack’s lilting vocals give it a warm feel that can cheer any son up.

“Child of Mine” – Carole King

“Child of Mine” is part lullaby and part song, directed from a mother to her child who’s already grown up.

This song is a little different from the rest as it depicts how the child has taught the mother to see things in a new perspective instead.

The quiet melody and King’s gentle vocals elevate the track to another level, setting a comforting tone.

Let’s take a step back from the country and pop numbers to appreciate this heartwarming rap track.

Published in The Game’s 2005 debut album, this song was written as a tribute to his son, who was born in 2003.

The lyrics are moving as it describes The Game’s experience before the birth of his son and his hopes that he’ll turn out to be a better man than he is.

“You Will Always Be My Son” – Anthem Lights

It has some pretty cheesy lyrics, but Caleb Grimm knows how to inject enough passion and sincerity to make this song sound artistic.

This track details a father’s feelings and thoughts as he thinks about his son as his child and an independent adult.

Featuring a simple, guitar-driven tune, it’s a sweet song that is certain to move the hearts of both parent and son! 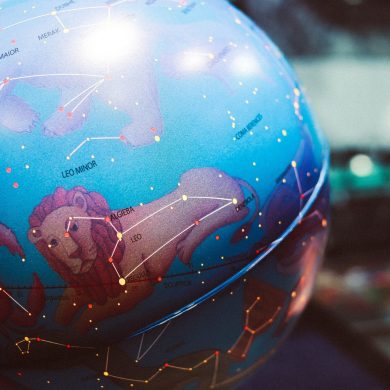