23 Songs With Colors In The Title (For All Moods!)

Colors make the world a beautiful place. Without colors, life would be dull and soulless. Everyone has a favorite color that brings different meanings and emotions to them. Some people can even see the colors of songs!

As colors have a strong effect on emotions and our daily lives, it’s no surprise that artists love to use them in their songs.

In this article, we’ll be taking a look at 23 songs with colors in the titles. From country to pop, we have all kinds of tracks that would appeal to various music tastes.

The Best Songs with Colors in the Title

Published in the 2022 album Midnights, Swift presents us a dreamy track that captures the essence of the classic ’50s phrase of the same name.

Known best for being featured in the series Mad Men, the term “lavender haze” actually means to be in a state of being in love, explaining the blissful, honeymoon-like vibe the song exudes.

“Lavender Haze” is a murky blend of catchy beats, whirring synths, and airy vocals that make you feel like you’re in a dream.

“Golden Hour” was the most viral song around the world shortly after its release, and it’s not hard to see why.

The song finds JVKE hyping up his significant other in the most positive way, literally singing praises about her.

This 2000 alternative-rock number was Coldplay’s international breakthrough hit that propelled them to stardom.

“Yellow” is one of the band’s oldest and most popular hits and is a certified concert staple.

The song revolves around the theme of love and devotion, with an upbeat tune to back it up. It’s a poignant track that you can sing to your loved ones.

If you’ve the bravado to showcase your inner showman, this iconic 1984 single is the perfect choice for you.

Featuring a dramatic, rock-infused rhythm and Prince’s melodic vocals, the song is guaranteed to make any crowd go crazy.

Sure, it’s not easy to sing, but it’s worth a shot for a moment in the karaoke spotlight.

“Welcome to the Black Parade” – My Chemical Romance

The glum and gloomy have no place here for death has never sounded so cool before.

Released in 2006, this pop-punk song follows the protagonist as he confronts memories of his father and eventually faces eternal demise.

The song goes hard on its powerful tune and vocals and would certainly leave you out of breath by the time you reach the final note.

Despite being released in the ’90s, it still holds up as one of the catchiest songs to date.

The fact that the track was deliberately written with nonsensical lyrics just makes it even better.

It’s also no surprise that it has been remixed and sampled over the years. The most notable remix of this song is David Guetta’s 2022 collaboration with Bebe Rexha titled “I’m Good (Blue).”

“Red Rain” is one of those songs that you can just sing out without thinking twice about what it really means.

This 1987 track was inspired by Gabriel’s dream, thus it can be interpreted in any way you want.

Aside from its laidback rhythm and gravelly vocals, it’s an easy song to follow that won’t strain your voice.

“White Wedding” might not have topped the charts, but it remains one of his most recognizable songs.

The powerful guitar intro sets an ominous tone before it goes full-blown rockstar mode at the chorus.

This track has been featured in many movies, shows, ads, and games, like American Horror Story and Rock Band Unplugged.

It’s got a nice rhythm to it, but in truth, this song is quite dark. Published in the band’s 2002 album Busted Stuff, “Grey Street” follows a girl who struggles with boredom, powerlessness, and loneliness.

With its upbeat melody, it’s a casual track that’s also easy to sing.

“Blue Jeans” oozes with mystery, melancholy, and passion. Add in Del Rey’s haunting vocals and you have a poetic smash hit.

The song centers on the “bad boy” trope, with Del Rey singing about a loving ex-boyfriend who got too deep into trouble and left her. She’s unable to forget him though and vows to continue loving him.

This dark ballad is achingly beautiful and would definitely mesmerize anyone you sing it to.

We’ve heard of the typical songs of blue eyes and green eyes, but how about one about beautiful brown eyes?

This 2001 R&B track is totally swoon-worthy as it describes how it feels like to be cherished and loved.

Besides, you can’t turn down a Destiny Child’s song. So round up some friends and belt it out together with them!

Some songs make us happy, some make us sad, but this track will definitely make you kick back.

Released back in the ’60s, “Mellow Yellow” is all about chilling and relaxing while also being a reference for vibrators.

With a smooth, blues-inspired tune and easygoing vocals, it’s a pretty fun song to sing.

If you’re looking for a track to scream your heart to, this song checks out all the boxes.

Inspired by frontman Love’s turbulent romantic relationship, the track finds her screaming about her anger and resentment toward him.

It especially hits hard if you had a bad day or broke off from a bad relationship.

It stuck out from the rest of the pop tracks on her 2013 titular album, but that doesn’t mean it wasn’t good.

If there’s a song out there that dishes out disses before it was cool, it’s this 1981 new wave track.

“Pretty in Pink” sees lead singer Butler criticizing a girl who thinks she’s all that when everyone mocks her for sleeping around.

You wouldn’t have guessed it from its upbeat tone, but the catchy tune is so irresistible, you just have to sing along.

Leave it to Harry Styles to churn out catchy bangers that will never fail to keep us hooked.

In this 2020 indie-pop number, Styles admits his fear of heartbreak in the midst of a new relationship. He’s accompanied by a mix of a 1970s-inspired melody, upbeat rhythm, and melodic harmonies.

The song is quite relatable to anyone in a relationship.

Originally written by Milton Delugg and Willie Stein, “Orange Colored Sky” describes the feeling of being lovestruck for the first time.

Cole’s cover is a standout track as it features a playful tone, catchy tune, and relaxing vocals that give it a special charm.

It’s also a simple yet fun song that would put a smile on anyone’s face.

Azalea tackles themes of feminism and revenge in the aftermath of a failed relationship in this 2013 trap hit.

The fast-paced beats and powerful vocals set a fierce tone, getting you pumped with adrenaline.

With its upbeat rhythm, “Black Widow” is an infectious song that makes you want to dance into the night.

John Legend switches up his musical style in this funky, fast-paced electro track.

The song finds Legend trying to flirt with a potential girlfriend as all she has to do is give him the “green light” to seal the deal.

The uptempo instrumentals, catchy synths, and Legend’s smooth vocals make this track the perfect choice to get it down on the dance floor.

Love songs are honestly timeless and would turn at least a handful of your audience to mush.

“Black and White” emphasizes on the theme of eternal devotion with its heartfelt lyrics, soaring harmonies, and upbeat melody.

Its core message also makes it a great choice for weddings!

This country ballad was a worldwide hit in the ’70s, and it’s still a classic karaoke choice today.

Featuring simple instrumentals, this song is a smooth, jazz-infused experience that’s easy on the ears and vocal cords.

The simplicity of this 2003 track is what gives this song its heartwarming appeal.

“White Flag” is about a girl who refuses to let go of her feelings for her ex from a previous relationship.

This chill and delicate track was a success back in the 2000s and has been featured in several TV shows like Smallville and The Sopranos.

After a breakup, it’s expected that you’ll learn to move on. In this 2017 track, Lorde deals with heartbreak and feels she has to wait for permission to finally progress forward.

With an upbeat tone, mellow harmonies, and Lorde’s melodious vocals, it’s a great song that perhaps could help you to move on. 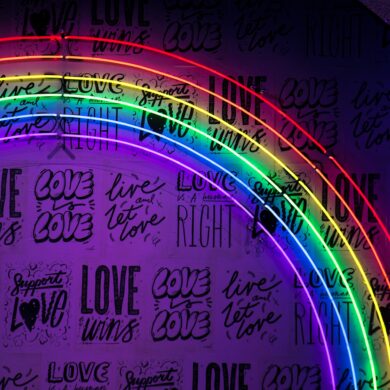