Few artists have made lasting success in the music industry as Taylor Swift has. From country to pop, Swift has a diverse array of music styles and tracks that have gained the love and interest of many fans worldwide.

Even if you’re not a huge fan of hers, you can’t deny that her songs are made for throwing wild parties—in a good way.

That’s why we’ll be taking a look at the best 25 T-Swift songs that are great for your next karaoke session.

Whether you’re spending time with your friends or having a gathering with family, a Taylor Swift song is bound to get everyone hyped up.

“Love Story” is an iconic Swift classic that made waves in 2008. The song revolves around the theme of star-crossed lovers, inspired by Shakespeare’s Romeo and Juliet.

Fittingly, this track is based on a difficult situation because she had with a boy she liked.

Nostalgia aside, “Love Story” is a well-known song that everyone knows, so you’ll definitely get a positive response when you sing it.

Swift truly embraces her reputation as a “serial lover” in arguably one of her best songs to date.

With a catchy beat, “Blank Space” screams sass and confidence. It even has witty lyrics that are fun and easy to remember.

“You Belong with Me”

This 2009 country-pop track is all about your typical teen love triangle.

The song is so catchy and iconic that once you start singing, you won’t stop until it ends. And neither will your audience.

“You Belong with Me” was well-received upon release and has even been considered one of the greatest songs of the 2000s.

Whether you’re turning 22 or simply young at heart, this upbeat song is perfect for you!

“22,” like the title, celebrates reaching your twenties while acknowledging your past mistakes and future difficulties.

No matter how old we are, coming-of-age songs will undeniably somehow resonate with the younger person within us.

If you’re feeling stressed and need to loosen up, how about loosening up to this high-paced single?

Released in 2014, this song is about letting go of bad vibes and ignoring the haters.

With sick beats and catchy synths, this banger is perfect to get everyone onto their feet and start dancing.

When a song starts with “‘Cause baby, now we got bad blood…,” you know it’s going to be spicy.

“Bad Blood” details betrayal and drama from close friends, which we all can agree, is painful.

This track is full of intense emotion and vocals, making it great if you’re a dramatic performer.

“I Knew You Were Trouble”

It centers around guilt, anger, and toxic relationships which Swift wished she had gotten out of sooner.

The melancholic tune and distorted vocals give it an ominous vibe, a lesson to us so we won’t make the same mistake.

“Should’ve Said No” was a last-minute addition to her 2008 debut studio album Taylor Swift.

It was supposedly written under five minutes, with lyrics focusing on Swift’s ex-lover who’d scorned her.

The song is an equal mix of country, rock, and grunge, making it the perfect combination to sing your lungs out to.

Whether you decide to listen to the 2012 version or 2021 re-release, both songs are wonderfully composed masterpieces of their own.

Either way, “All Too Well” follows Swift as she reflects on the memories of her previous relationship.

The song is considerably gut-wrenching, with slow instrumentals and quiet vocals that vividly expresses her pained emotions.

The mellow sound and tender feel of the song make it easy to follow without going too harsh on your vocal cords.

“We Are Never Ever Getting Back Together”

Not all breakups have to be painful as Swift literally rejoices in leaving her on-and-off boyfriend in this poppy anthem.

This song focuses on empowerment and joy, making it incredibly freeing to sing during karaoke. It’s also a well-recognized track that you’ll have everyone joining you in no time.

“Our Song” sounds pretty juvenile compared to her later productions, mainly because it was written for her high school talent show.

With a banjo-driven tune, it tells the story of a young couple who uses their everyday events to make their own song.

The innocent tune and lyrics would certainly remind us of our childhood sweethearts or school crushes.

Published in the 2010 album Speak Now, the lyrics to this track focused on Swift’s hatred toward a love rival.

The song features a fast-paced rhythm and snarky lyrics that would make a killer performance. And, chances are, after listening to this song, you won’t be able to get it out of your head.

If you’re a fan of Hannah Montana, you would remember this song. Crazier was featured in the 2009 Hannah Montana: The Movie and describes how it’s like to fall in love.

While the song has simplistic melodies and lyrics, it has a pretty high register that might require some practice first.

“Back to December” is one of Swift’s quieter and softer ballads, as it depicts her regret and apology to ex-boyfriend Taylor Lautner.

With its orchestral melody, it sets a sad tone that we can relate, sing, and cry to.

Like “22,” this 2008 country number describes Swift’s experience as a freshman in high school.

The lyrics also feature her best friend, Abigail Anderson, and the relationships and heartbreak they go through together.

“Fifteen” is simple, intimate, and raw and tells a story that we all can relate to.

“Everything Has Changed” (feat. Ed Sheeran)

Released in 2013, this folk-pop single describes the journey of friendship to romantic partners.

Sheeran’s and Swift’s vocals blend perfectly in this slow-paced ballad to the tender tune of guitars and drums.

If you’re looking for something to sing for a couple’s duet, this song is perfect for you!

Published in the 2019 album Lover, “Me!” sets a cheerful and sweet vibe as it talks about self-love and confidence.

The track also features Brendan Urie, a member of Panic! At the Disco, who provides his powerful and emotive vocals.

While it’s not as a deep as her other songs, it’s still a feel-good trip that would make your audience smile and laugh.

This funky pop number was apparently inspired by Swift’s relationship with Harry Styles.

However, the lyrics are about an unhealthy relationship where both partners were unfaithful to each other.

“Style” has a dark quality to it with a mellow tune that makes it feel like a long drive through the night.

If you’re reeling from a breakup, you should give this song a go.

Using different colours, Swift sings about the emotions and experiences she went through in her relationship until it ended.

With an electronic-infused tune, you won’t have much of a problem belting this out during karaoke.

“The Last Time” is another heartbreaking ballad, except this time it focuses on both perspectives after the relationship fails.

Featuring dramatic instrumentals and emotional vocals, your audience will definitely be shedding a few tears once you start singing this song.

Swift seems to love making bangers, with the release of her 2022 album Midnights.

The first track on the album, “Lavender Haze” captures the feeling of being in the honeymoon stage of a relationship.

The upbeat tune, pulsing synths, and echoing vocals make it a great track to jam out to.

“The Story of Us”

“The Story of Us” deals with the awkwardness and aftermath of a bad breakup.

This uptempo punk-pop track was composed after Swift’s encounter with an ex-boyfriend at an award’s show.

It’s super relatable if you’re not on talking terms with your former partners or friends anymore.

“Willow” is quite different from Swift’s earlier tracks as it enters folk music territory. This light, breathy ballad has a magical feel to it as it’s supposed to be reminiscent of a love spell.

With light instrumentals and dreamy vocals, it’s a sweet love song that is certain to captivate your audience.

The lyrics feature a protagonist who crashes her ex-lover’s wedding to win him back.

The guitar-backed tune and subdued vocals give it a lighthearted feel that make it fun and easy to sing.

This catchy track was written when Swift was 16 and had only been performed live at several bar shows.

Since it became a fan-favorite later, she decided to include “Sparks Fly” on her 2011 album.

The song focuses on the temptation to get involved in a dangerous love affair. While it’s pretty mellow in tone, this simplistic production would still have your audience hooked with its emotional lyrics and tune. 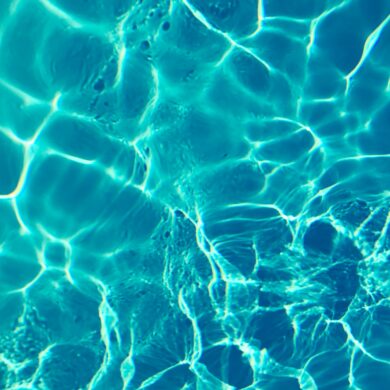 21 Songs About Water That Make An Absolute Splash