Many songs out there praise the beauty of blue eyes and green eyes, but where’s the love for brown eyes?

Brown is actually the most common eye color in the world, yet it can be hard finding songs about brown eyes. After some searching, we have compiled a list of amazing tracks that focus on the allure of brown eyes.

From R&B to rock, there’s something for everyone on this list, so keep reading to find out your favorite brown-eyed song.

The Best Songs about Brown Eyes

Leave it to Destiny’s Child to create a soulful banger about brown eyes. This song oozes utter love and adoration. It’s about the reassurance of being loved by the person we trust most.

With meaningful lyrics and smooth vocals, this track is for all the brown-eyed lovers out there.

If you ever broke up with someone who had brown eyes, Lady Gaga’s slow-paced rock track will definitely sting.

Released in her 2008 The Fame album, “Brown Eyes” is a sad song about lost love and the regret that comes after.

The lyrics are pretty easy to remember, and the emotional melody makes it pretty freeing to belt out aloud.

Soothing and sweet, Keith Urban certainly doesn’t disappoint in this 2022 country release. The song is about a girl Urban is interested in, and he reassures her that he’ll always be by her side.

The calming guitar-backed tune and romantic lyrics make this song a good pick if you want to serenade someone special.

Released in 2021, Caleb Hearn’s heartwarming song embodies empathy and reassurance in the face of hardship.

With electronic beats, gentle vocals and a powerful message, this track is a pleasant reminder to us to never give up hope in life.

“A Pair of Brown Eyes” – The Pogues

This 1985 rock track explores some heavy themes of war, loss, and longing. It tells the story of a man who gets drunk in a pub and is reminded of his lost love who had brown eyes.

The melody of the song is loosely based on an Irish folk-style number, which is why it’ll probably sound familiar.

You might have heard it on Tiktok, but this R&B track was a huge hit in the ’90s when it was first released.

The song revolves around a man who can’t stand the rejection from his brown-eyed love interest and begs her to stop breaking his heart.

With a catchy rhythm and smooth vocals, this song is a great choice if you want to sing your heart out without straining yourself much.

Cody Simpson shows his love for girls with brown eyes in this upbeat and poppy 2019 track.

A cute summer jam, the song is about Simpson, who attempts to hit on a girl with “pretty brown eyes” and hopes to whisk her away with him.

It’s a catchy song with autotuned vocals and electronic beats that make it an all-around fun experience.

This song starts with some rhythmic drumming before the vocals come in, setting a melancholic and haunting mood.

Published in the band’s 1979 album Tusk, “Brown Eyes” is a short and sweet track about a disappointed lover.

It’s a relaxing soft rock number with dreamy instrumentals that makes you feel like you’re in another realm.

Everclear’s cover features heavier instrumentals and gritty vocals that are certain to appeal to fans of rock and roll.

Folk duo Racoon Racoon presents us with a nostalgic and beautiful number about embracing true love.

Accompanied by an acoustic guitar and tender vocals, this track is all about loving your partner even at their worst. This chill song is certain to make you feel more relaxed.

The song’s lyrics are a tribute to the brown eyes that Case’s love interest has and how much he still misses her. It’s an emotional track that would make you think of your loved ones.

This 1961 song has a nostalgic and lovable charm that would transport you back in time. It’s short, but the slow-paced melody and melodic vocals really carry the lyrics through the track.

If you’re in the mood for dancing, this upbeat song is the perfect choice for that. The track sees Harper pining for a girl who ends up with someone else.

It may be a song of disappointment, but with its slinky, jazzy tune and catchy rhythm, it’s great for getting down on the dance floor.

Released in 1967, “Brown Eyed Girl” is the first track on Morrison’s first album Blowin’ Your Mind.

The song plays out like an old memory, with the singer talking about his experience with his first love.

Featuring a guitar-backed melody and poignant lyrics, this track has a fun chorus that makes it tempting to sing along.

There are many versions of this song, but Crystal Gayle is actually the original performer of this 1977 country hit.

With a lilting melody, the track is about painful breakups and heartbreak. Gayle’s haunting vocals give the song a sad vibe that’ll make you feel blue.

This track has been covered by various artists in different languages like Lorrae Desmond, Dolly Parton, and Mireille Mathieu.

It’s from the 1960s and has that old-timey tune, but it’s a melodic song with a story behind it.

The track is about a man who has fallen in love with a brown-eyed woman. Unfortunately, he can’t be with her since he’s married and a drunkard.

It’s a simple track that you can sing if you’re not ready to do an energetic performance.

Kano takes a step back from his usual gritty tracks to rap about his beautiful love interest.

In the song, he tries to deny his attraction to her but can’t keep himself away from her strong presence and hypnotizing brown eyes.

The eyes are windows to the soul, so we’re not surprised if you’ve ever fallen for someone because you were mesmerized by their eyes.

Stone’s 2019 track has a melancholic feel as it captures the struggle of being in a long-distance relationship.

Lyrically, it sees Stone singing about his fears and uncertainty about losing his future wife due to his constant traveling.

If you’re working or living far away from your significant other, you’ll definitely be able to relate to this song.

Released in 1985, this catchy, reggae-infused number radiates with good vibes and laid-back fun.

The track tells the story of a lovestruck man who’s in love with a girl with big brown eyes and travels down in his boat to meet her.

With an upbeat rhythm and simple lyrics, you’ll have a pretty easy time singing this song. 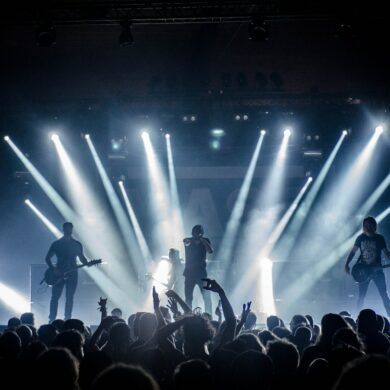