Have you ever had a wonderful dream that ends up in disappointment when you eventually have to wake up? It’s common fact that everybody dreams and most people would stay in dreamland if they could.

Dreams are a fantastic form of escapism and also a great source of inspiration. That’s why many artists have made songs based on dreams or about dreams.

Whether you’re looking for some dreamlike inspiration or searching for something new to listen to, we’ve got you covered with this list of cherry-picked tracks about dreams.

The Best Songs about Dreams

While Shawn was romancing his girlfriend Camila Cabello in “Señorita,” “Dream” sees Shawn yearning for her even in his dreams.

During the production of his 2020 album Wonder, which “Dream” is featured in, both artists spent most of the time apart with work.

With an emotional rhythm and wistful vocals, it’s the perfect song for couples in long-distance relationships.

Sweet and wholesome, “Dreamlover” by Mariah Carey is a trip of pure ’90s nostalgia. In this song, Carey sings about wanting the perfect lover who only exists in dreams.

The poppy melody and Carey’s smooth vocals make it the perfect track to spice up your karaoke parties.

This dramatic love ballad was featured on her well-known album,1989, and tells the story of Swift’s romance that’s both passionate and fleeting.

With sweeping instrumentals and sultry vocals, this is a song that makes you live through your wildest dreams.

Green Day’s smash hit is pretty emotional as it explores themes of loneliness, longing, and desire for companionship.

With a dreamlike rhythm and introspective lyrics, this ballad is not only relatable but also makes sure to hit your hard in your feelings.

“Here I Dreamt I Was an Architect” – The Decemberists

Released by the indie folk band The Decemberists, this song is about the different dreams the singer has.

In the song, the singer dreams of being an architect and soldier having various adventures with his lover.

The gentle melody and quiet vocals give the track a relaxing vibe, making it pretty easy to sing.

“Sweet Dreams (Are Made of This)” – The Eurythmics

If you’re looking for a song to start your karaoke party, this iconic bop will definitely get everyone in the mood for some wild dancing.

Lyrically it’s up to interpretation, but the song is generally about the obstacles you’ll need to face to fulfill your dreams.

The track was originally a musical experiment, but it turned out to be a massive success and has been covered by various artists over the years.

“I Can Dream About You” – Dan Hartman

Originally featured in the 1984 film Streets of Fire, this catchy song is what you need to uplift everyone’s mood.

Rocking that ’80s beat, the track is about a lovestruck man who dreams about being with his romantic interest.

It’s a fun and wholesome song that would make everyone want to dance.

“Dream a Little Dream of Me” – Ella Fitzgerald and Louis Armstrong

If you’re a fan of the oldies, this jazzy classic is perfect for you. Originally written in 1931, this track has been covered by many artists over the years.

This tender rendition, courtesy of Fitzgerald and Armstrong, is lilting, like an old lullaby, which is fitting since the lyrics talk about dreaming of a loved one.

With a simple melody and rich vocals, the track is also great for duets.

“Don’t Wake Me Up” is an absolute banger with dance-worthy vibes and great vocals by Chris Brown.

An uptempo song, it tells the story of Chris, who still clings to his past relationship which he can only experience in his dreams now.

The EDM-infused beats, the heavy bass and autotuned vocals give the track such an upbeat feel that you forget it’s about a breakup.

You can’t go wrong with Aerosmith, and this hard-hitting track just so happens to be one of their classic rock staples.

The song is pretty bittersweet as it talks about growing up and working hard to make your dreams come true.

This track is pretty well known that you can belt this out at your karaoke bar and everyone will start singing along in no time.

This song was originally performed by the R&B group Guinn. After Williams released her version, it was a hit and landed a spot in the Top 10 on the Billboard Hot 100.

“Last Night I Dreamt That Somebody Loved Me” – The Smiths

This 1987 ballad has a melancholic tone to it, but it’s still a beautiful piece that pierces the depths of your soul.

The song exudes loneliness as the singer sings about dreaming of being loved by a romantic partner.

With slow-paced guitar riffs and emotional lyrics, it’s a simple track that we can easily relate to.

No other song on our list is as heartbreaking as this 2007 country ballad.

The song tells the story of a woman who is about to get married to her fiance before it spirals into a funeral. She wishes what she’s facing at the moment to be “a dream.”

With sweeping instrumentals and powerful vocals, this track is a great way to sing your heart out and get all of the negative emotions off your chest.

“What Dreams Are Made Of” – Hilary Duff

Lizzie McGuire was a huge part of many childhoods, and if you’re a fan of the show, you’ll certainly recognize this song. This track was released in the 2003 The Lizzie McGuire Movie.

It’s catchy and nostalgic, with an electronic rhythm and uptempo beats that really capture the cheerful lyrics of finding comfort in the present.

You might have heard different versions of it, but the Chordettes’s cover of “Mr. Sandman” just has a special nostalgic charm.

As cheerful as it sounds, the track takes a pretty dark route as it tells the story of a young woman who comes to terms with her identity and fantasies.

That doesn’t stop us from dancing to the song’s catchy beats and infectious melody though.

Nelly’s “Just a Dream” is a relatable song to anyone who’s ever been through a breakup.

Overall, the song is about thinking back to all the possibilities that could have happened with a romantic partner only for all of it to be just dreams.

Whether you’re still reeling from that painful breakup or just want to get deep into the feels, this track is perfect for you.

This is another song about the mythical Sandman with a horror twist to it. “Enter Sandman” is about the fear of falling asleep for the Sandman brings nightmares to those who slumber.

If you’re a fan of heavy metal, you’ll definitely love this track, especially the intense guitar riffs and catchy melodies.

“All I Have To Do Is Dream” – The Everly Brothers

The Everly Brothers were surely good at stealing hearts because this song will have anyone swooning in seconds.

It’s a simple track about having sweet dreams of being together with the one you loved.

The song is a combination of smooth harmonies and tender melodies that make it a relaxing listen.

Released in 1986, “Don’t Dream It’s Over” is widely regarded as the band’s signature song. With a simple guitar tune, the track finds the singer comforting his lover that nothing can separate them, not even in dreams.

Imagine Dragons are known for their powerful bangers, and this 2015 song doesn’t disappoint at all.

“Dream” tells the story of a post-apocalyptic world where the singer is so frustrated with the surroundings that he dreams of a better place.

It has powerful beats and straightforward lyrics that allow us to relate to fantasizing about a perfect world.

A sweet ballad, this 1992 song centers on the topic of first love. The singer mentions how her love interest is as perfect as a dream.

The tender vocals and simple instrumentals make it a cute love song that depicts that giddy feeling of falling in love.

“Dream Operator” is a special kind of song that just speaks to your very soul. With a slow-paced rhythm and soothing vocals, this track talks about enjoying life after making your dreams come true.

“Dreaming of You” – Selena

If you’ve been thinking of someone special, this song is perfect for you. This romantic ballad finds Selena hoping her love interest thinks of her as she dreams of him at night. 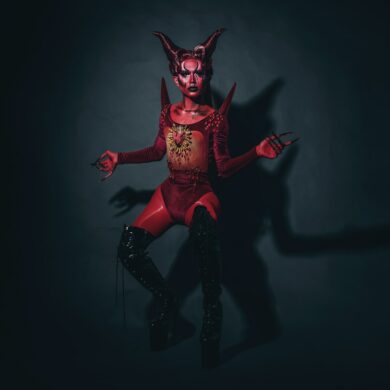