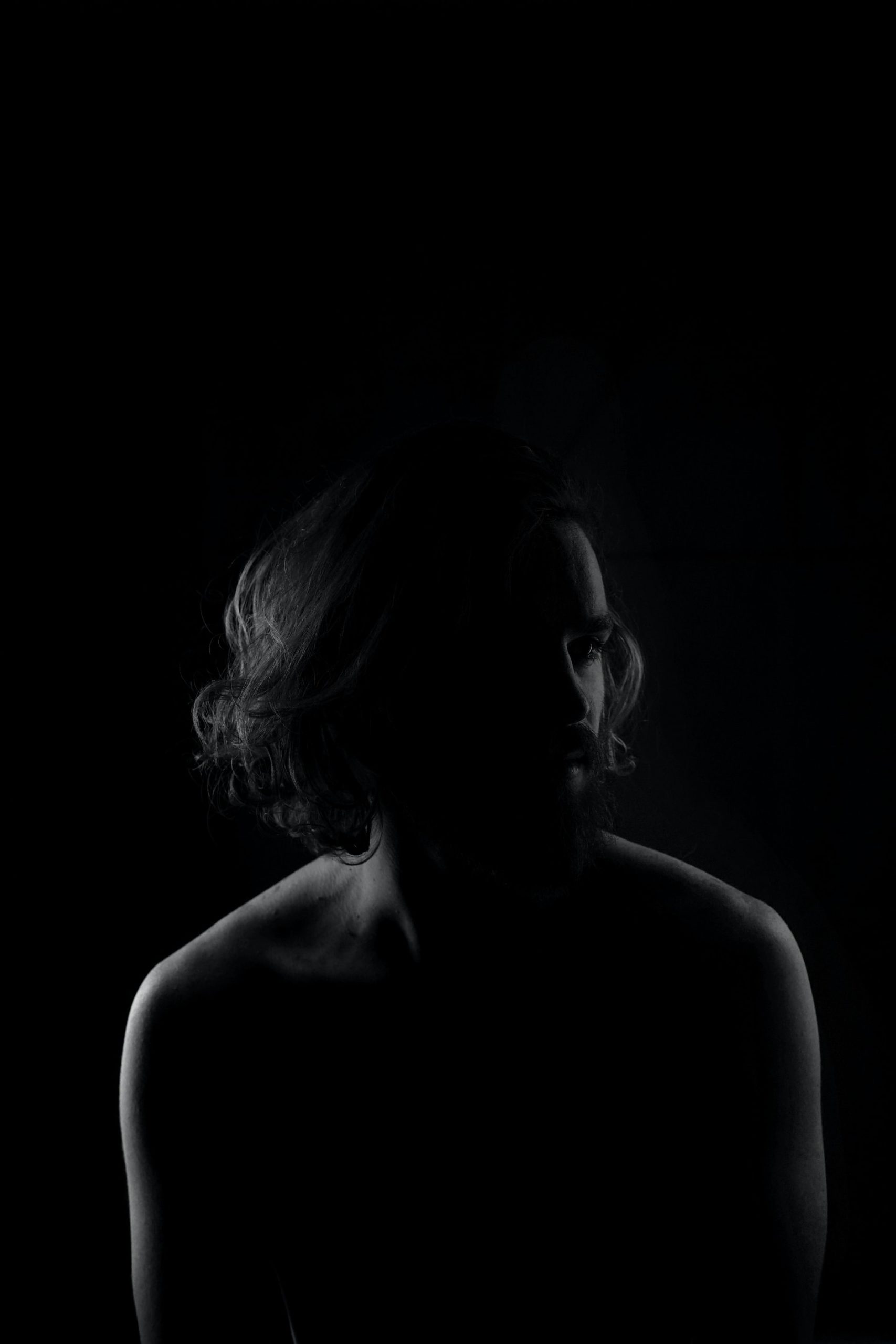 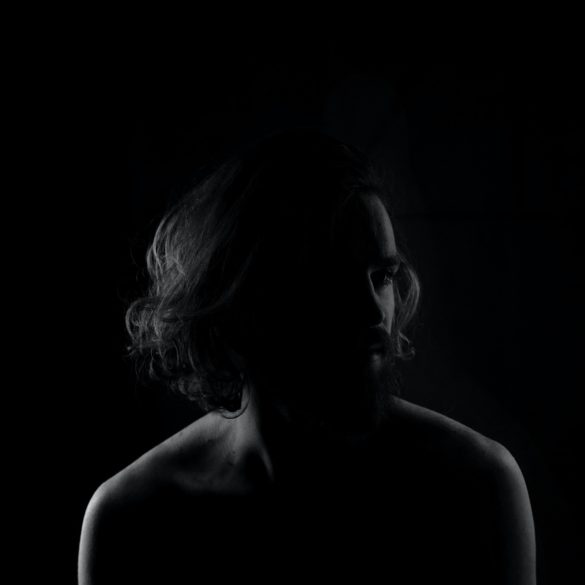 Feeling invisible and lonely is a normal part of our lives, and it can completely suck.

Even artists can feel the same way and that’s why there are many songs about being lonely.

If you’re in the mood for some sad tunes to jam out to, we have compiled a list of songs about feeling invisible.

Some are current songs while others are from older artists, but either way, we hope that these tracks will make you feel a little better.

This 2020 ballad details the negative effects of Justin’s rise to stardom as a teenager.

Despite having fame and fortune, he feels isolated since nobody could relate to him or offer emotional support.

The emotional track is slow-paced with simple instrumentals to really drive the feeling of loneliness home. You can’t sing this song without shedding a tear.

Sometimes we feel like we’re surrounded by people we just can’t relate to.

This 2004 track describes going around being purposeless and lost in an unfamiliar environment with strangers.

After its release, it was a commercial success and is considered one of Green Day’s signature songs.

With its relatable lyrics and distorted tune, you’ll feel like you’re wandering aimlessly down a lonely street too.

Feeling invisible can feel a lot like you’re in space, floating around in an empty void without anyone else around.

This 2011 track explores the intense feeling of loneliness, using an astronaut as a metaphor for it.

This rock song features sound effects associated with UFOs and sci-fi films, giving it a mysterious tone that makes you long for human connection.

It’s a pretty easy song but you need to sing it with passion to really carry it through.

Sia is famous for her powerful ballads, but “I’m in Here” is one of her underrated tracks that can be adapted to any vocal range.

With a simple melody, this 2010 song is a call for help as Sia feels trapped in her mind.

The lyrics are very relatable and you won’t have any problems singing the song either.

“She Don’t Love You” – Eric Paslay

If you have had your heart broken one time too many, this 2014 single is for you.

“She Don’t Love You” is about a woman who’s been disappointed too many times that she closed her heart off to any chances of a relationship.

The guitar-backed melody gives the song a melancholic vibe, making it a perfect song choice when you’re feeling invisible.

This 2013 indie-pop single is a song that everyone can relate to.

Released on the band’s album Talking Dreams, the song is about a girl and a boy who are struggling to fit in and want to be noticed.

It’s a very relatable song to sing along to.

The hard part about feeling invisible is that you can’t bring yourself to admit it sometimes.

This beautiful country ballad addresses the pain of heartbreak as the singer pretends he doesn’t still miss his former lover.

Featuring a soft melody and simple lyrics, you’ll find that you can easily relate to this track.

“How to Disappear Completely” – Radiohead

Inspired by a dream band frontman Thom had, this 2000 track is supposed to make you feel as if you’re a ghost.

The surreal melody of the song really captures the feeling of being invisible.

It’s definitely a good song to sing when you’re almost at the end of your karaoke session.

“How Soon Is Now” – The Smiths

“How Soon Is Now” was released in 1985 and is arguably the most enduring record from the band.

The song describes a man with a severe case of shyness to the point he can’t even find a partner.

It addresses his feelings of helplessness and loneliness as he tries to fit in.

The song has a trippy vibe to it, making it feel as if you’re in a club where you don’t belong.

“All by Myself” – Eric Carmen

Despite being released in 1975, this song remains the anthem of loneliness and isolation.

This melancholic track has been covered by many artists and featured in popular culture.

With a piano-backed tune and recognizable lyrics, you won’t be by yourself when everyone joins in on the song.

If you’re looking for a song to scream to, Linkin Park’s “Numb” is the perfect choice for you.

This 2003 is one of the band’s most well-known tracks, charting in many countries after its release.

It’s not surprising since the song has a memorable melody and powerful message.

You’ll surely have fun singing this track as loudly as you want.

This 2017 rock single is dedicated to anyone who has been bullied.

Featured in the band’s promotional album, this mellow track talks about feeling isolated and different from others who don’t really like you.

With a simple tune and relatable lyrics, this is a song everyone can connect to.

This 2013 ballad is the anthem of what it feels like to be human.

Featured in Christina’s album Head or Heart, the track is about being in an unhealthy relationship that tears you down eventually.

It also addresses that imperfections are normal and that we can only take so much before we fall apart.

Featuring dramatic instrumentals and powerful vocals, you’ll be singing to the heavens when you reach the chorus.

When we find ourselves in places we don’t belong, we often feel invisible.

This 1994 ballad describes that exact feeling, representing the desire to leave and be left alone while at a party.

It’s easily a relatable song with a mellow tune and wispy vocals.

“Let Me Down Slowly” – Alec Benjamin

When a romantic relationship ends, the aftermath can make you feel as if you’re invisible to the person you lost.

While the song is originally about Alec’s ex-girlfriend, lyrically it’s about trying to hold on to something that won’t work out.

With heart-wrenching lyrics and a sad melody, this track is perfect for anyone with a someone who got away.

“Why Won’t They Talk to Me” – Tame Impala

Featured in the band’s 2012 album Lonerism, this upbeat track is about the main protagonist realizing that he needs human connection.

The song also goes into themes of loneliness and insecurity.

While this single does have a pretty heavy message, it’s an absolute banger with its catchy instrumentals.

You’ll have everyone dancing along with you if you choose to sing this song during your next karaoke session.

For anyone who’s fed up with parties, this song is for you.

This catchy pop track is the anthem for awkward and antisocial party-goers who would rather be somewhere else instead.

Featuring irresistible beats and straightforward lyrics, “Here” is one of those songs everyone finds relatable.

“After Hours” – The Velvet Underground

How many of us have felt like socializing but end up not doing it anyway?

We have, at least once.

Though its release was way back in 1969, “After Hours” is a relatable track to anyone today.

Lyrically, the song talks about the possibility of going out to meet people at social places but intentionally choosing not to do it.

With a catchy guitar-backed tune and childlike vocals, it’s a pretty easy song to sing that’d get full-crowd participation from your karaoke bar.

Released in 1984, “Drive” was featured in the band’s album Heartbeat City and is arguably their signature song.

Lyrically, it’s about the singer trying to reach out to his lover who’s feeling alone.

The soothing melody and straightforward lyrics of the song make it a great choice to sing when everyone’s chilling.

After its release in 1972, it became a popular hit.

The song is about a boy feeling helpless and invisible when bad things happen to him and his family.

With its melancholic melody and straightforward lyrics, this track would move anyone to tears. 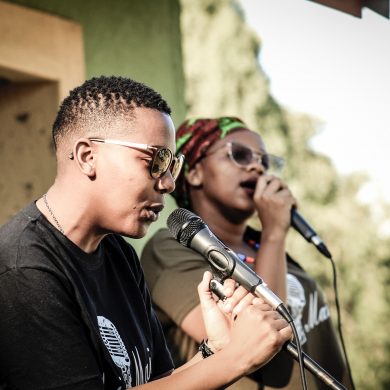