Can The Tone Deaf Learn To Sing? (Answered!)

A lot of people assume that they are tone-deaf when they aren’t able to sing well, but there’s more to being musically challenged than having difficulty with reaching the notes.

In fact, only 4% of the world’s population are plagued with congenital amusia. If you find yourself struggling to identify a note and matching pitch, then you might want to get checked.

With that, this article will cover if people who are tone-deaf can still learn how to sing despite their condition and it answers whether or not anyone can develop the ability to sing and perform music.

So, Can The Tone Deaf Sing?

Yes, tone-deaf people can learn how to sing with the right method and encouragement. People with congenital amusia don’t have to be limited by their musical impairment to be able to appreciate the art of singing.

It may be more of an uphill battle, but like with most things in life, nothing is impossible with the right mindset.

In this article, we’ll go over what tone deafness actually is, how to tell if you have it, as well as some strategies for overcoming tone-deafness as a singer.

What Is Tone Deafness?

Congenital amusia is otherwise known as tone-deafness, is a lifelong impairment of music perception which affects 4% of the world.

Studies show that tone-deafness is expressed by a deficiency in processing pitch but not time and that this pitch disorder has a familial component.

Amusic families show that 39% of first-degree relatives have this cognitive disorder, whereas the control family only exhibited 3% of congenital amusia.

While there are no comparable efforts for the musical domain, music-specific impairments are reported.

The impairment that is music-specific has been termed as tune deafness, note deafness, dysmelodia, tone-deafness, and congenital amusia.

People who are afflicted with this impairment do not process music the same way, for them listening to a musical performance is like listening to a speech in a language they don’t understand.

Amusic people have a normal perception of speech, and they can recognize speakers by the sound of their voices and identify familiar sounds in the environment, however, they are distinguished from normal people because they are unable to recognize a song without the use of lyrics.

Aside from that, people with congenital amusia cannot recognize bad singing, whether it be their own or another person.

How To Know If You Are Actually Tone Deaf?

Many people abstain from singing because they believe they are tone-deaf, but the thing is, tone-deafness is quite rare.

Genuinely being unable to match a pitch is very rare, but there are tests you can take online that will determine whether or not they are tone-deaf.

People who complain about congenital amusia are often experiencing difficulty with performing the complex process of singing.

But being able to match a pitch is something you can learn, and multiple music schools teach you how to do that.

If you can identify a song without the use of lyrics, then you’re probably not tone deaf, you just have bad techniques.

So, Can The Tone Deaf Sing?

Yes, tone-deaf people can learn how to sing with the right method and encouragement. People with congenital amusia don’t have to be limited by their musical impairment to be able to appreciate the art of singing.

Since congenital amusia is a lifelong impairment, a lot of people assume that they won’t be able to sing. However, most people can be taught to sing better.

The best way to work on your voice is by practicing. Voice lessons are like going to the gym, and you have to exercise the right muscles.

Some music schools offer programs that can help people with congenital amusia learn how to associate the sound they make with what they hear.

If you are part of the population that is haunted by the memory of trying to match a pitch played on the piano, keep in mind that it’s harder to match a piano note than a note sung by another person.

Can Tone-Deaf People Be Singers & Musicians?

Some tone-deaf people may find matching pitch difficult, but that doesn’t stop them from trying. Tone-deaf people can have varying degrees of tone-deafness, which is why some musicians may be terrible at singing, but not terrible with instruments.

However, tone-deaf people can be musicians, they might not be the best at it, but with the right training, they’ll be fine.

Even if she got a lot of poor reviews, there’s something admirable about Jenkin’s confidence and determination to become a musician.

Another artist that you may be familiar with is James Franco. While he has a successful career as a Hollywood actor, he attempted to get into the music industry in 2012. He called his musical Duo, where he collaborated with Tim O’Keefe, and released two albums. Suffice to say that musical critics didn’t find this impressive.

If you’re someone that struggles with tone-deafness, don’t despair. People can be taught to match pitch, and while your performance might not be perfect, at least you’ll learn how to hear pitch properly.

5 Ways You Can Improve Your Singing When You’re Tone-Deaf:

Being a good singer is determined by two factors:

Your ears already have a sense of pitch, for example, you can distinguish whether a woman is speaking based on the pitch of her voice, and if you pay close enough, you’ll notice that a person’s inflection goes up when they ask a question.

If you’re trying to improve your pitch with ear pitch training, then you should work on using your ears.

When you’re starting, match the pitch you are comfortable with and then try to match it to your best ability.

Remember not to over-exert your voice so that you can be consistent in your matching.

Relative pitch is something that not a lot of people can get if they struggle with the fundamentals of the pitch.

The first step to pitch training is by practicing how to match pitch. If you have difficulty with maintaining a note, then you might want to record your pitch training every day to keep track of your progress.

5. Practice With A Tuner

If you don’t have an affinity with a tuning instrument, then you might be able to benefit from using a digital tuner. You can use this device to set a note as your target, listen to that note, and you can see whether or not your mimic is higher or lower, and how off you are from the target note.

While most digital tuners are used to tune instruments, they can come in handy when you are looking for the right tune to match.

You asked and we answered, while it seems like everyone can learn how to sing, that doesn’t necessarily mean that their singing will sound good.

According to research, being able to sing is reliant on both your environment and your genes. If you have genes that manifest tone-deafness, then you can expect some difficulty with holding a tune.

However, with the right practice and some dedication, people who suffer from amusia can also learn how to match pitch and sing, albeit not perfectly.

If you feel like you may suffer from chronic amusia, you should consult with professionals and take the test to determine your condition. 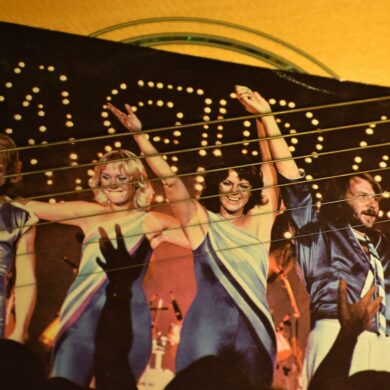