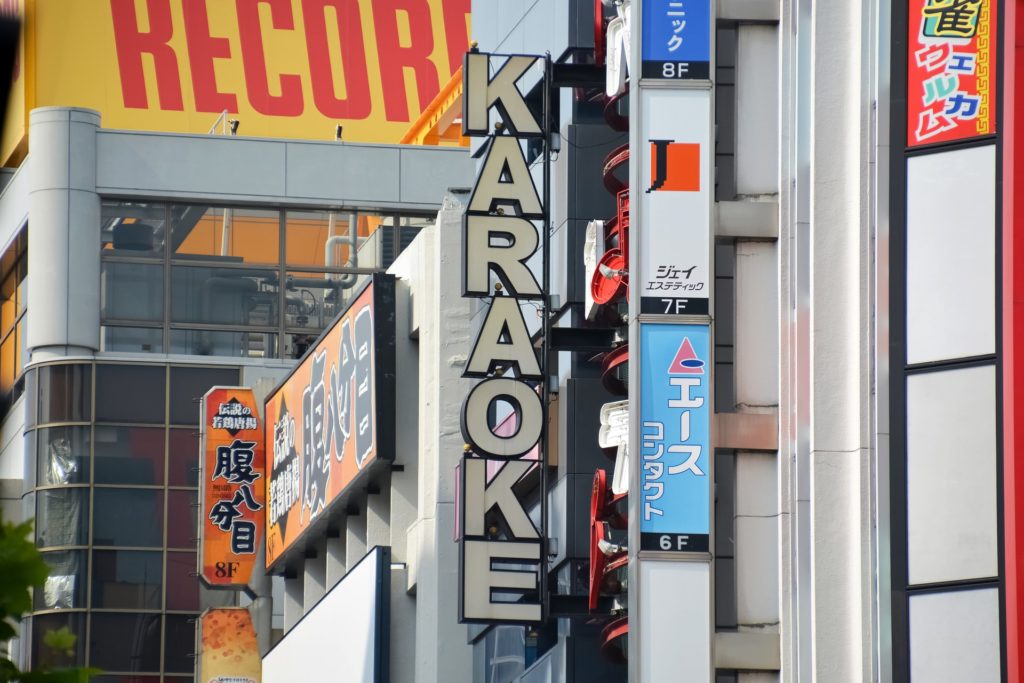 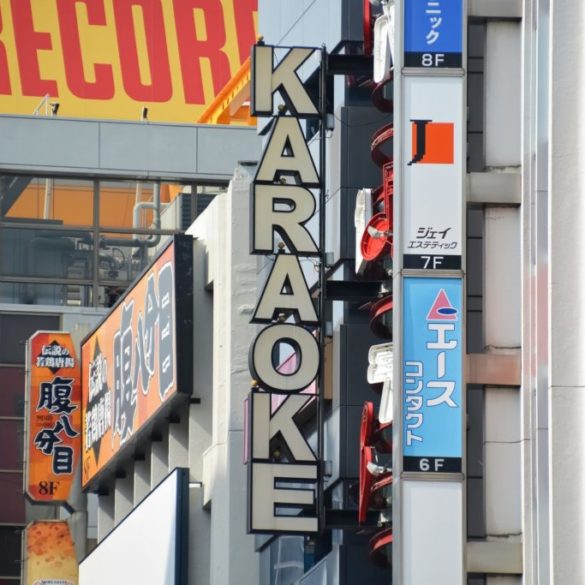 Is Karaoke Japanese or Filipino?

If you have the talent for singing or love singing in general, odds are you have heard of karaoke. You probably sang your heart out at karaoke bars with your friends on the weekends.

But did you know that karaoke has a rich and complex past? There is still an ongoing debate on whether karaoke is Japanese or Filipino. To find the answer to that question, we’ll give you a crash course on the historical context of karaoke in Japan and the Philippines.

What is the true meaning of karaoke?

The word “karaoke” can be translated as “empty orchestra.” The term “karaoke” is actually derived from the Japanese words, kara and oke.

Kara originally comes from the Japanese term karappo, which translates to empty. Oke, on the other hand, is the short-form term of the word okesutra, which means orchestra.

The word eventually became popular in English in 1979.

Which country does karaoke come from?

Word has it that karaoke first originated at a snack bar in Japan. The performer who was booked in was unable to perform that day so the snack bar owner played some pre-recorded music and invited the guests to sing instead.

In Japan, “karaoke” originally referred to a performance by an amateur singing along with recorded instrumentals.

Who invented the first karaoke machine?

Daisuke Inoue, a nightclub musician, invented his independent karaoke machine in Kobe, Japan, in 1971. He was invited by a company to provide entertainment. However, he was unable to attend and sent them a tape of recorded music for them to perform among themselves. He then went on to invent the karaoke machine known as 8 Juke, which featured a stereo, amplifier, coin machine, and cassette tapes.

Despite inventing the karaoke machine, he didn’t file for a patent and therefore didn’t directly profit from it.

Instead, the patent for the karaoke machine belongs to Roberto del Rosario, who hails from the Philippines. He invented the Sing Along System, a type of karaoke system, in 1975.

Is karaoke popular in Japan?

Karaoke is one of the favorite pastimes of all ages in Japan. It also makes an interesting activity for tourists who visit Japan, especially if they’re looking for entertainment at night.

While people in Japan usually go to karaoke with family and friends, the trend of going to karaoke alone and enjoying the comfort of performing by themselves is starting to pick up as well. In fact, the term hitokara was even coined to refer to people who like to karaoke alone.

Karaoke in Japan can be a public or private affair.

Modern karaoke establishments or chain outlets have multiple private rooms (karaoke boxes) that can be rented out at a certain period for a specific fee. Karaoke boxes are equipped with a karaoke player and microphones. One can even order food and drinks in karaoke boxes via phones that are directly connected to the reception.

Since karaoke boxes are more appropriate for small groups of people, people in Japan would usually go to these places with their friends, family members, or work colleagues.

For those who prefer a bigger, more public audience, Japan also has karaoke bars where patrons get the chance to show their singing skills in front of other customers.

Since karaoke originated in Japan, it has had a big impact on the local culture. Karaoke has become a common activity that can be done with family, friends, and acquaintances regardless of their age or social standing. In karaoke boxes, other than singing their favorite songs, they also get the chance to mingle and socialize over food and drinks.

Karaoke has also become an outlet for Japanese people to express themselves openly. In a society where people are expected to abide by social norms, karaoke is a way for them to communicate their true feelings, aside from when under the influence of alcohol of course.

Karaoke is also one of the main nightlife entertainment in Japan. Karaoke establishments are bright and colorful, usually located near train stations, which makes them easy to access. Some karaoke places even offer discounts on the all-you-can-drink option as some people will party until the first train the next day.

Karaoke in the Philippines

Is karaoke big in the Philippines?

Karaoke is extremely well-loved in the Philippines. It’s a given that almost every Philippine household has a karaoke machine or a Magic Sing microphone, which is a digital mic that can turn televisions into karaoke machines. Karaoke is a must-have feature at birthday parties, festivals, or family gatherings.

In the Philippines, there are KTVs (which stands for karaoke television) that cater to all ages and offer private rooms where people can order food and drinks. Many local restaurants and bars also offer karaoke or videoke (a competitive version which scores participants based on their performances).

Why is karaoke so popular in the Philippines?

There are many reasons karaoke is popular in the Philippines, but the main reason is that karaoke is an affordable form of entertainment to the Filipinos. Karaoke machines and digital mics can easily be purchased, and karaoke establishments aren’t entirely expensive either. Karaoke can also be enjoyed by all ages and can connect people together, encouraging camaraderie and strengthening social bonds.

Filipinos are also generally talented at singing, often being able to belt out high notes. Combined with their talent and interest in singing, karaoke makes a great stress-relieving activity for them.

Is karaoke part of Filipino culture?

Karaoke is an important part of Filipino culture. During special occasions, events, and gatherings, karaoke is a staple activity which everyone can participate in and have fun doing together.

Karaoke and Filipino culture are also tied together by the fact that Roberto del Rosario, a Philippine citizen, is the only person in the world to hold the patent to the karaoke machine.

Singing makes up a huge chunk of the pop culture in the Philippines. Many local modern reality and game shows focus on singing. Filipino celebrities, like boxer Manny Pacquiao, also enjoy singing in public. Most of the older generation in the Philippines are familiar with English classics like “Livin’ la Vida Loca.”

In other words, karaoke is a central part of Filipino culture.

So is karaoke Japanese or Filipino?

The right answer is karaoke is Japanese. However, similar to Japan, karaoke is also a big part of Filipino culture. Karaoke establishments or outlets are widely available in both countries and make great nighttime entertainment for locals and tourists. 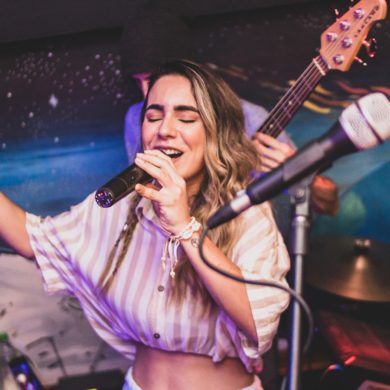 Why Is Diaphragmatic Breathing Important When Singing?