If you’re looking for something classic and well-known, songs by the Beatles are definite crowd-pleasers. The Beatles exploded in popularity in the 1960s and remain one of the most successful, influential, and biggest bands in the history of music. From Jimi Hendrix to Led Zeppelin, the Beatles have left a powerful impact that has affected everyone on some level.

In this article, we have compiled a list of great Beatles songs that you can choose from to impress your family and friends on karaoke night. Whether you’re looking for some new tunes for karaoke or just want to go down memory lane, have fun going through our list and unleashing your inner John Lennon.

This pop-rock number is such a classic that it’s a staple in karaoke today.

Released in 1968, this song was written by McCartney for Lennon’s son Julian to comfort him during John’s separation from his wife Cynthia.

“Hey Jude” is the band’s best-performing single and is considered one of the best songs of all time. It goes on for a whole seven minutes, but hey, no one’s complaining.

Released in 1967, this sweet and simple ballad is all about nostalgia.

“Penny Lane” actually refers to a street in Liverpool where Lennon, McCartney, and Harrison spent their childhoods. In the song, McCartney sings about the people who live there and the ongoings of their daily lives.

The relaxed instrumentals and straightforward lyrics give the track a feel-good vibe, making it a good choice for when everyone’s chilling out.

Originally recorded by the Top Notes in 1961, the Beatles released their own version of the rock-and-roll number in 1963.

Lennon was initially embarrassed by his take, but it ended up being a smash hit regardless.

The Beatles’s cover of “Twist and Shout” features an upbeat rhythm and a few key changes that’d bring out the rockstar in you onto the stage.

Published in the band’s 1969 album Abbey Road, “Oh Darling” is a short song written by McCartney himself. This hard-rock track sees him begging his lover to not leave him.

With a jazzy beat, simple lyrics, and powerful vocals, “Oh Darling” is one of the harder Beatles songs to sing. It has a high register especially toward the chorus part, so you’d want to prepare your vocal cords first.

It’s a weird song, but this 1967 single is one of the Beatles’s most groundbreaking and influential masterpieces.

The song is quite personal to Lennon as it’s inspired by his childhood memories growing up in Liverpool.

This 1963 track was actually the single that launched the Beatles to stardom in the UK and is their best-selling single in the 1960s.

The band was sometimes called “The Yeah-Yeahs” in the UK due to the “yeah, yeah, yeah” refrain in the song.

With an energetic tune and straightforward lyrics, this fast-paced song is great for getting anyone in the mood for dancing.

Written by McCartney, “Let It Be” is one of the Beatles’s most iconic and finest ballads.

The idea for this 1970 track was conceived after McCartney had a dream about his deceased mother, leading to the emotionally-powerful song that we all know and love.

This 1968 single is one of the Beatles’s lesser-known works, diverting from their usual rock genre to something more old-timey.

Honey Pie was written by Lennon as a tribute to the music his father always listened to. Lyrically, it revolves around a famed actress nicknamed Honey Pie in the US and her lover residing in England who yearns for her to come home.

Backed by a saxophone and clarinet, this upbeat song is fun and would evoke a strong sense of nostalgia in the older generation.

“The Long and Winding Road”

This 1969 rock song might be short, but it’s a memorable classic that acts as a reflection on the journey of the Beatles.

With a slow-paced rhythm and simple lyrics, this emotional track is a good choice for beginner singers who prefer something more subtle.

If you’re looking for a bright and positive song, “Good Day Sunshine” definitely checks out all the boxes.

Released in the 1966 album Revolver, this track celebrates sunshine and romantic love to a lighthearted tune.

This song is an all-around feel-good jam that’s guaranteed to put a smile on anyone’s face.

“Don’t Bother Me” is the first song written by George Harrison on his own.

Admittedly it’s one of the Beatles’s darker tracks, which makes sense as it was created when Harrison was sick in bed.

With a sullen mood and gloomy lyrics, the only way to top this song off is by giving a dramatic performance to really nail the heavy emotions down.

Released in 1965, “Yesterday” is a melancholic ballad about lost love and separation. It gained massive success and remains well-known today that even the current generation can recognize it.

The song has won many awards and spawned over 2,000 covers, which means you have plenty of versions to choose from that might suit your voice type.

Featuring a simple tune and emotional lyrics, this track is great if you want to get something off your chest.

This 1964 jangle-pop single was written after McCartney had a falling-out with his longtime girlfriend at the time, Jane Asher.

With simple yet emotional instrumentals, the lyrics of this song can hit a little too close to home, especially if you’ve just experienced a breakup. Well, all the more to belt out this track like there’s no tomorrow.

“I Want to Hold Your Hand”

This catchy and fast-paced track was the band’s first American number-one hit, launching Beatlemania on a global scale.

Since it’s sung by both Lennon and McCartney, this song would be great for duet performances with a friend.

“With a Little Help from My Friends”

Released in 1967, this upbeat single features drummer Ringo Starr as the lead vocalist with his bandmates acting as the backing vocals, true to the spirit of the song.

Well-known artists like Joe Cocker, Wet Wet, and Sam & Mark have recorded covers of this song, with all three versions peaking on the UK charts at some point.

With simple instrumentals, the charm of this song comes from the backing vocals, which you imitate by having your friends or audience join in.

While it sounds relaxing and exotic, the lyrics of this 1965 song actually refer to Lennon’s affair with an unnamed woman.

As for the track’s unique melody, a Hindustani musical instrument called the sitar was used after Harrison showed interest in it.

This helped elevate Indian classical music in the West and inspired other artists to incorporate non-Western musical influences into mainstream music.

This catchy 1969 single was written after Harrison took a break from his problems at his friend Eric Clapton’s house when he was going through a difficult period in his life.

Like the title, the song is all about hope, joy, and taking comfort that everything will turn out okay somehow.

“Here Comes the Sun” is a timeless feel-good jam that’ll surely make you feel better no matter how hard life gets.

Published in the 1965 album Rubber Soul, “In My Life” is a musical biography of John Lennon’s life in Liverpool.

Featuring lush instrumentals and melodic vocals, this song evokes the laidback and free-spirited vibe of the era back then.

“While My Guitar Gently Weeps”

It’s on the sad and melancholic side, but this 1968 hard-rock number remains a wonderful listen.

“While My Guitar Gently Weeps” served as Harrison’s comment on disharmony in the Beatles after their return from studying transcendental meditation in India.

Harrison ended up getting his friend Eric Clapton to contribute the iconic guitar solo on the track.

Emotional and haunting, this 1967 single has often been appraised as the Beatles’s best work, showcasing Lennon’s melodic vocals that tell a meaningful story through the lyrics.

The song takes inspiration from Tara Browne, a good friend of the bandmates who died in a car crash, and random newspaper stories. Lennon even makes references to drug culture.

“Come Together” is definitely one of the Beatles’s more unusual songs as it was used in a campaign for Timothy Leary, an advocate of LSD who was running for governor of California at the time.

With an uptempo rhythm, this track is great if you’re looking for something with a harder rock sound.

That said, the lyrics have quite a strange flow to them, so you might want to do some practice before you hit the stage. 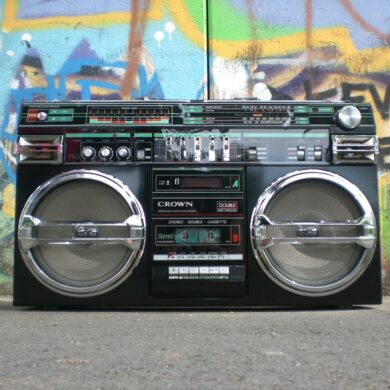