Are you a Disney enthusiast like the rest of us? Perhaps you’re hosting a karaoke night and need some suggestions for Disney songs that everyone can perform.

Many of us grew up with Disney tunes as our background score. It’s no surprise that we all start singing along to our favorite Disney songs in our heads as soon as we hear them. They’re nostalgic and bring back fond memories of our carefree days.

The following article provides a list of Disney songs that serve as a gentle reminder of all our childhood memories and are just perfect to karaoke to.

“Gaston” – Beauty and the Beast

The live-action Beauty and the Beast adaptation has given the song “Gaston” a fresh lease of life, despite the fact that it had long been considered one of the funniest Disney songs.

When Josh Gad and Luke Evans sang it together, it is elevated to the level of a star performance.

The performance is elevated to a higher level of hilarity by Evans’s notably domineering turn as Gaston.

We have no doubt that your rendition will be much more ridiculous than the original!

The song “Hakuna Matata” is the unofficial anthem of those who want to relax and enjoy life.

When life has delivered you one too many terrible days, “Hakuna Matata” is the song to sing.

You may also listen to a more recent recording of this song released later.

It’s the ideal song for any karaoke event since it instantly lifts everyone’s spirits and gets the party started.

“Colors of the Wind” – Pocahontas

Judy Kuhn’s performance of “Colors of the Wind” served to jog audience members’ memories that every rock and tree has a spirit as well as a name.

When you add this song to your collection of karaoke songs, you are not only paying tribute to those who have left you but also adding beauty to your own life.

Although all of the songs from Disney’s Mary Poppins are catchy, “Supercalifragilisticexpialidocious” is particularly catchy for a number of reasons, including the fact that it is a difficult song to sing and the rousing duet that features Dick Van Dyke and Julie Andrews.

It takes a bold person to sing this song live, but if you can do it, you’ll certainly have the whole room singing along with you in no time.

“Part of Your World” – The Little Mermaid

Now we’ve all done some pretty stupid stuff in the past to get our hands on something we really want, but Ariel was a particular sort of dumb.

She is seen combing her hair using a fork in silence because she has given up her individuality and happiness so that she might gather as many devices as possible.

To bring this tale up to date, just keep singing and try to make the mermaids in the Atlantic Ocean hear you while you belt out “Part of your World” from Disney Karaoke.

Jodi Benson’s song “Part of Your World” describes the feeling that we’ve all had at one time or another: they want to go somewhere else.

There are a few Disney karaoke songs that are on par with “Part of Your World” from The Little Mermaid, and such songs are perfect for those who truly love to sing from the heart.

Another song from the Mary Poppins repertoire that is suitable for karaoke singing is “Let’s Go Fly a Kite.”

Because of the fact that it is one of the larger ensemble pieces in the film, it is an excellent song to sing with your close friends.

Unquestionably a candidate for inclusion in the collection of Disney karaoke tunes.

“We Don’t Talk About Bruno” – Encanto

Those who have seen Disney’s latest “must-see” would agree that this is a memorable tune.

It’s also great for group singing since there are so many memorable characters with humorous lines.

It could be difficult to sing perfectly the first time, but giving it a go and laughing it up with your pals is wonderful fun.

This magnificent song has not only wonderful vocals but also catchy melodies and lyrical content of the highest caliber.

It should not be shocking to you that this catchy single from the vibrant film Encanto has been the first song released by Disney to chart in the United States in nearly 30 years.

In 2008, Demi Lovato had a significant impact on a big percentage of the public, leading many of them to obtain bangs that were poorly trimmed for the first time.

As a result, we are all led to think that there is a possibility that we, too, may woo Joe Jonas at our very own nearby military musical theater boot camp.

So sing along with this song by grabbing the Jonas Brother who is nearest to you and getting ready to sing.

When it comes to dramatic ballads, Disney never fails to deliver, and “Let It Go” from Frozen is undoubtedly the movie’s most hit song. Despite the fact that it is a really simple song to sing along to, this performance will need a significant amount of lung force from you.

Its words about independence and liberation are compelling and seductive, and once you start singing it, you’ll feel like you have complete control over your life.

“Circle of Life” – The Lion King

Yes, TheLion King, once more! The song “Circle of Life” is a very big and majestic hymn, and it will certainly make you feel like you’re on top of the world after listening to it! It is a really meaningful song in the film, and a great number of younger people will be able to relate to it on a deeper level when they are singing it.

This song is really thrilling and energizing to sing, and there is an absolute need to have it in your playlist for the best Disney karaoke songs.

The song “Reflection” from Mulan could be considered an anthem for everybody who has ever had the experience of thinking that no one recognizes them for who they are.

This Disney karaoke song is guaranteed to motivate you to emerge into your strength and develop into the person you were meant to be, especially now that Christina Aguilera has taken the most recent version of the song to the big screen with her powerful voice.

“I See the Light” – Tangled

Rapunzel’s story has not received as much attention from Disney as those of other fairy tales, but with the release of the film Tangled, all of that has changed.

This song from a Disney musical that was later turned into a Disney karaoke song gained a lot of popularity because of the force with which Mandy Moore and Zachary Levi sang out its lines.

All the Hannah Montana fans among us can confirm the fact that the cast of characters seemed very much like a close-knit real family.

Miley and Bill Rae are the ideal father-and-daughter combo, which is why “Butterfly Fly Away” is the most authentic feel-good Disney karaoke song to sing.

The sea witch Ursula, who appears in the movie The Little Mermaid, is the antagonist who audiences find most enjoyable to despise. “Poor Unfortunate Souls,” which was sung to exquisite brilliance by Pat Carroll, is one of the songs that very few people profess to enjoy but everyone appears to know. And as of right now, you do as well.

Get back to the beginning with this emotionally charged Disney karaoke song duet if you, like us, are deep into the side of TikTok that is solely speculations about Olivia Rodrigo and Joshua Basset’s ever-evolving heartache.

If this is the case, then get back to where it all started with this duet.

The on-screen and off-screen chemistry of this high school duo is absolutely worthy of an A-grade in every category.

Disney has all the essentials for a great karaoke song: tuneful melodies, rousing horn sections, and fantastic tales that transport you to another planet.

We hope that, with the list provided, you are now ready to sing your heart out to all these karaoke-perfect Disney tracks.

Add them to your best Disney karaoke songs playlist and plan a fun karaoke party with your friends soon! 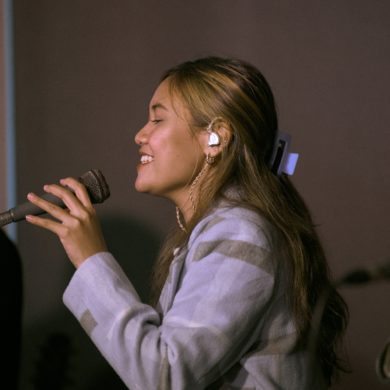