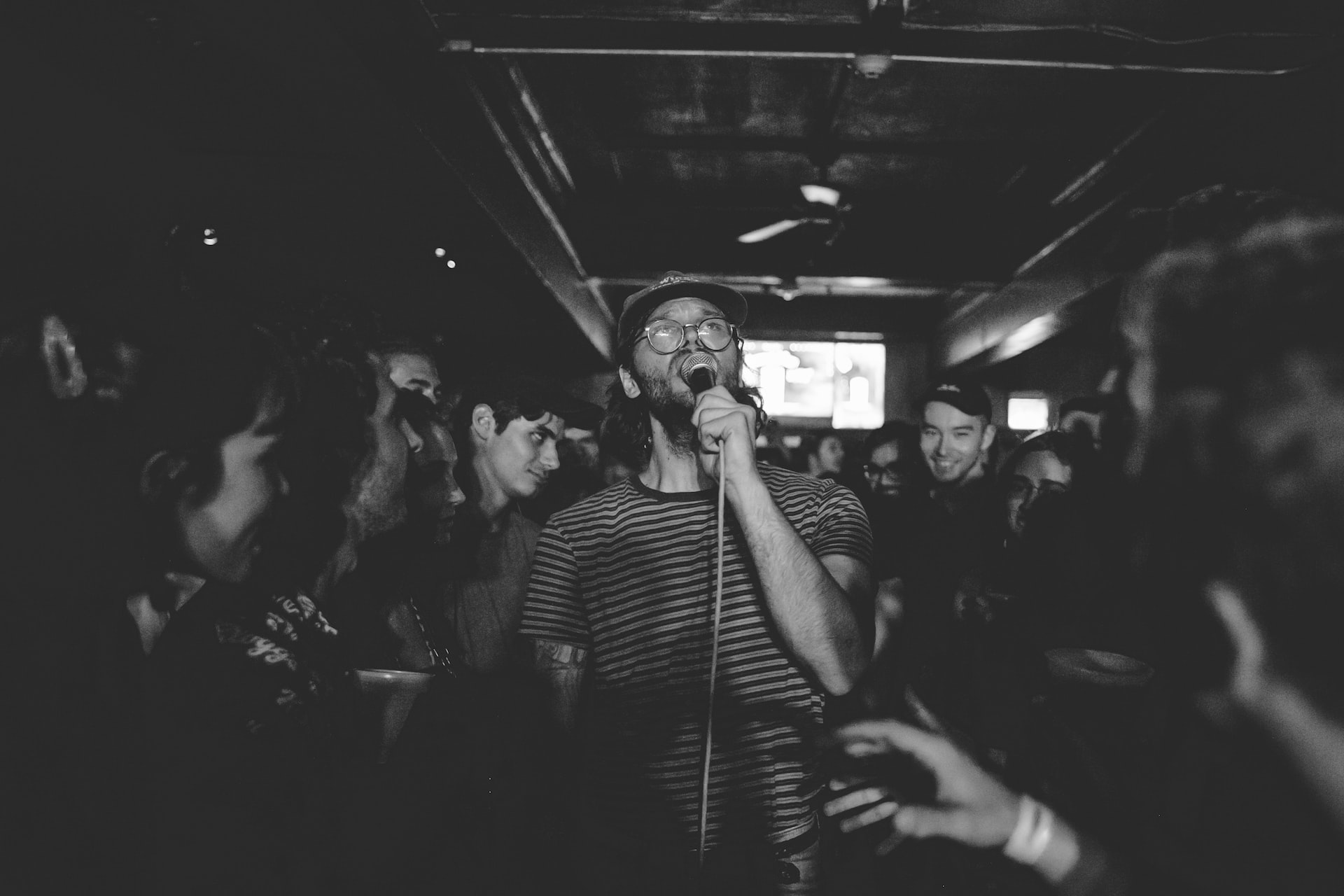 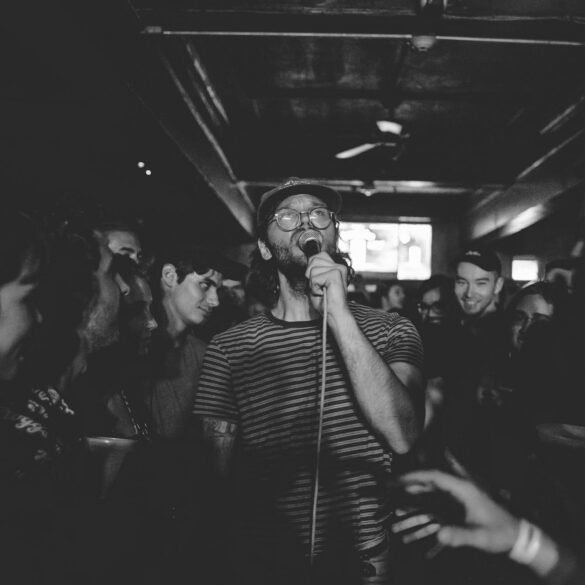 19 Best Karaoke Anthems of All Time

When it comes to karaoke, everyone is equal on that stage no matter if you have the voice of Ariana Grande or can’t even sing a note right.

It’s all about having fun singing your heart out and watching the people you know do the same. However, choosing the right song can be a game-changer.

No one wants to see you stumble on your words through an entire rap song or awkwardly stand around when you forget the lyrics to an obscure track.

That’s why we have rounded up some songs that are still popular today (not all, but that makes it more fun to bring them back) to belt out at your next karaoke party.

Whether you recognize them all or not, try picking one of these all-timers and have fun singing it with your audience.

The Best Karaoke Anthems of All Time

“Since U Been Gone” – Kelly Clarkson

Kelly’s 2004 power pop hit has arguably one of the greatest buildups to a powerful chorus that’ll leave you out of breath before you hit the final verse.

Interestingly, this song was given to Hilary Duff and P!nk before it reached Kelly, and she has since upgraded it with heavier guitars and drums for that dramatic effect.

The track is about finding relief after ending a troubled relationship, which is what you’ll be feeling once the song ends.

Taking a step back from his usual disco-infused jams, “Purple Rain” is a gospel-influenced signature hit that describes a man being wistful for the deliverance of his partner.

Featuring mellow instrumentals and emotional vocals, this song is a great choice if you want to slow down a bit after a high-energy performance.

Since “Purple Rain” is a slow-paced track, you won’t need amazing vocals to make it sound good.

This track might have been around for more than two decades, but it hasn’t lost its charm and remains a karaoke staple today.

With an energetic rhythm and simple lyrics, “Love Shack” is a fun song that easily gets everyone to start dancing. It’s also a good choice for group karaoke.

Released in 1975, this pop-rock number was Bruce’s effort to make it big and go mainstream.

The lyrics of “Born to Run” center on a girl named Wendy, whom the singer wants desperately to be together with and even suggests they run away together.

The high-energy rhythm and evocative lyrics give the song a majestic feel, and its dramatic chorus, “We were born to run,” will surely slay your crowd.

Inspired by the Christian hymn “Lord, Stand by Me,” Ben, along with songwriters Jerry Leiber and Mike Stoller, created this tear-inducing 1961 classic that’s still a modern fan favorite.

With the powerful message of being by someone’s side through the odds, it has spawned over 400 covers by various well-known artists like Otis Redding and John Lennon.

“Killing Me Softly” – The Fugees

Released in 1996, this hip-hop version of Lori Lieberman’s folk smash hit is just as good as the original.

While the title can be misleading, the song is actually based on troubadour Don Mclean’s performance, which explains its romantic lyrics about a man who can sing well.

With simple instrumentals and silky vocals, this track works best if you sing it with a friend.

This 1981 rock anthem is so obvious and overdone in karaoke, but the second that melodramatic intro starts, we can’t resist singing along with the rest of the bar.

Lyrically, “Don’t Stop Believin'” is about the young living free and unrestrained.

With such a powerful theme, the song’s grown more popular over time through its use in many television shows and movies like The Sopranos and Glee.

No matter how old we are, we can always relate to a teen girl that hopes for a call back from her crush.

After this infectious single was released in 2011, it became an instant success and has even been described by the Justin Bieber as possibly the catchiest song he’s ever heard.

With an upbeat melody, catchy hook, and poppy lyrics, this is a great karaoke anthem you can have fun singing with everyone.

Most would be more familiar with George’s other work, “Careless Whisper,” but faithful fans know that this 1987 pop single is an irresistible banger.

The song talks about rejecting a seductive yet unfaithful partner in the most upbeat way possible, which landed it the number one spot on the Billboard Hot 100 for four weeks.

Featuring Bo-Diddley-inspired riffs and a classic rock-and-roll vibe, this isn’t the easiest song to sing, but everyone’s going to be too busy enjoying themselves to notice your off-key mistakes.

Released at the height of a cowboy-fascinated meme, this 2018 single quickly went viral on Tiktok and peaked on music charts in several countries.

With a country-inspired melody and Lil Nas’ swag vocals, your audience would be having fun singing and dancing along with you.

There are also multiple versions of the song out there, so you can pick any that suits your vocal range.

“(You Make Me Feel Like) A Natural Woman” – Aretha Franklin

If you’re looking for something bold and romantic, Aretha’s 1967 signature single checks out all the boxes.

Lyrically, the song is about feeling appreciated and naturally loved as a woman.

It might be a slow-paced piano-backed song, but you’ll need a serious set of pipes to match up to Aretha’s glorious vocals.

Featured in the 2018 film A Star Is Born, “Shallow” is a powerful ballad about questions about the very being of ourselves.

This dramatic track became a worldwide hit and has even received several accolades including a Golden Globe Award.

With a slow-burning opening that leads to a powerful chorus later, you’ll have to be prepared to sing your lungs out.

“Be My Baby” – The Ronettes

Though it was released in the 1960s, “Be My Baby” is regarded as the greatest pop record of all time and has left a significant impact on artists that came after.

Featuring a catchy drum phase, the track is about a woman who desperately wants her lover to be with her.

The charming rhythm and spunky vocals give the song a poppy vibe, which makes it a good choice for a night of innocent fun.

The best part about this 2006 soul-infused track is that its iconic chorus starts right off the bat, letting everyone know exactly what you’re singing.

Often referred to as Amy’s signature song, “Rehab” is an ironic take on her refusal to go to a rehabilitation center for her drug and alcohol problems.

With an upbeat tune and catchy chorus, this is a song you can go crazy with.

“Party in the USA” – Miley Cyrus

If you’re looking for a high-energy party anthem that’d make everyone move their hips and put their hands up in the air, this song is the best choice you can go for.

Released in 2009, this track was originally written for Jessie J but was passed on to Miley since the lyrics seemed to fit her persona better.

Being a party jam, you can expect an energetic rhythm and a high register that’ll leave you breathless at the end of it.

Released in 1961, Crazy is about a woman who laments her relationship with her lover.

With a slow-paced melody and soulful vocals, this is a great choice if you’re not entirely confident in your vocal abilities.

No matter if you’re a single lady or not, you’ll start singing and doing that iconic dance to this song.

Published in 2008, this bouncy dance-pop single is a criticism of men who aren’t willing to commit.

While the song itself is catchy, it wouldn’t be as well-known today if not for its fabulous music video, which is why you need to do that dance if you pick this track.

You either go all out like Queen Bey or go home.

This 1988 synth-pop track is nothing short of fabulous with its catchy riffs, emotional lyrics, and energetic melody.

Lyrically, the song is about a man pleading with his lover to show him respect and compassion.

It has been covered and remixed by many popular artists including Wheatus and Kevin Johansen.

This 2017 Latin-pop single flew under the radar before it skyrocketed to the top of music charts with the release of the Justin Bieber remix.

With a smooth, guitar-backed melody, the lyrics are just as sensual, exploring the intimate relationship between a man and a woman.

The song is so popular that everyone knows it, so you can have fun singing it with your audience. 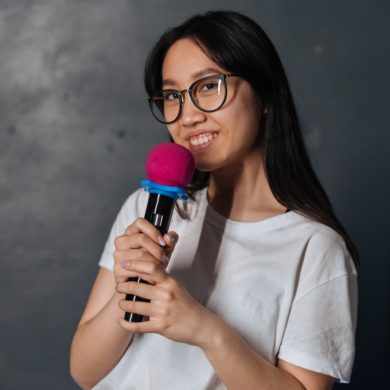