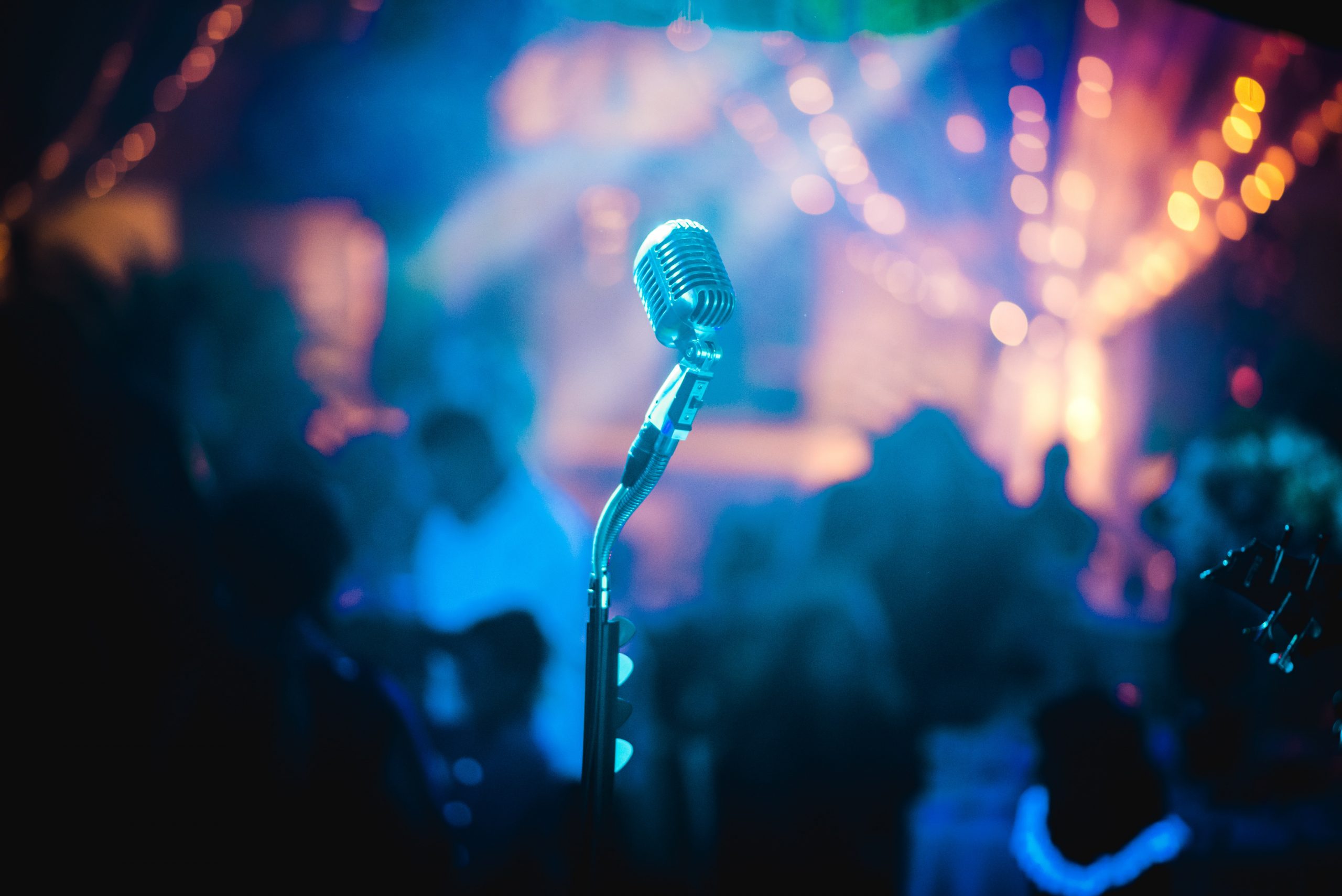 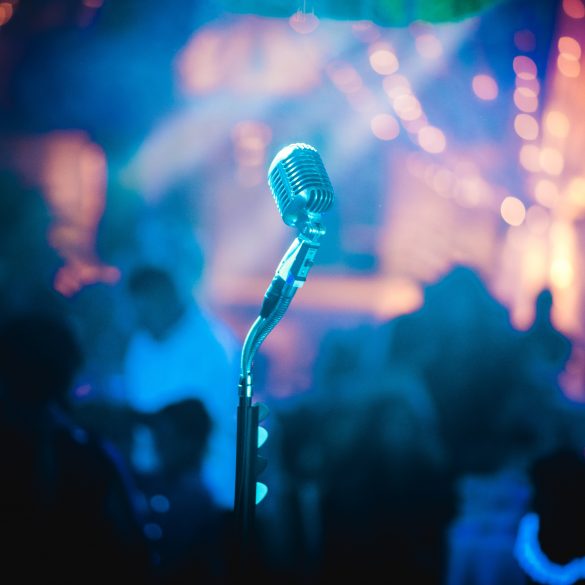 Counting Down: 25 Of The Very Best Karaoke Songs For Altos

The key to being great at karaoke is being prepared. If you want to be a great karaoke singer in both showmanship and singing skills, then it’s important to know what your strengths are and to use them to their full potential.

Not everyone is a soprano or a belter, and karaoke shouldn’t be about who’s reached the highest notes. We’ve rounded up some smart song choices for mid to low-range register singers to hopefully inspire your next karaoke song-list.

Also, be sure to check out our post on the 20 easiest alto songs for beginners!

25. Karen Carpenter – Close To You

This song is an easy song choice and widely popular, used in countless movies, advertisements, and series. It’s slow-paced but cheerful and is just a really sweet love song.

This electro-pop hit brings us back to the OG Lady Gaga days of lobster claws, death-defying heels, and just full-blown visual candy. Bad Romance is a sure crowd-pleasing.  It’s avant-garde lyrics paired with the synths and upbeat tune makes it a really fun song to sing. It even comes with its own choreography if you really want to steal the show.

Though this song wasn’t originally written for Tina Turner, it was her that made the song iconic and gave her first and only number-one hit in the U.S. charts. It’s powerful song but isn’t overwhelming to sing.

A curious trip-hop ballad, Summertime Sadness is definitely a mood. The whole way the song and album has been curated to capture that rose colored dream-sequence aesthetic. It’s the perfect karaoke song for that state of being just the right amount of drinks in to feel sultry and confident.

A super chill and easy song, Don’t Dream It’s Over is a heartwarming and uplifting song. It was popularized by the band, Sixpence None The Richer and was recently covered by Miley Cyrus and Ariana Grande while they were both wearing onesies in a Happy Hippie session.

20. Shania Twain – That Don’t Impress Me Much

The country rock song that’s all girl-power sass coming from 90’s pop icon, Shania Twain. Twain recently revealed that the Brad Pitt line was how Pitt’s naked photos in Playgirl magazine and the fuzz it created didn’t really make an impression on her.

A vulnerable ballad about not being able to resist love, Rihanna’s stay is slow-paced and romantic. The song was released as a duet but works perfectly fine sung solo.

A song that’s been included in Billboard’s “Greatest Songs of All Time” and forever shrouded in mystery. To this date, there’s still a lot of debate regarding who the song is really about. But it’s probably about you.

A track from the band’s highly controversial album, Rumours, released 1977. No one brings drama to their music like Fleetwood Mac and we think we all felt it when Stevie sang the line, “players only love you when they’re playing”. Oof.

Taylor Swift songs can be adapted by a variety of vocal ranges. Style is heavily inspired by 80s music with the prominent synths and drum track. The song does have some high moments but they’re not the overall tone of the song and they’re mostly like exclamations.

Lorde’s debut song and the song that would ironically catapult the artist to international fame. The song criticizes the fetishizing of the good life. And true to the song and Lorde’s philosophy as a musician, she released the song along with four other tracks in The Love Club EP, absolutely free-of-charge. The song is widely acclaimed and even received praise from music legends like David Bowie and Dave Grohl.

The perfection that is Adele has helped so many of us through all five stages of grief in heartache. You could put on any Adele song and at least one person will admit to the song helping them get through a breakup or being the breakup’s title track. Send My Love is one of the more optimistic ones as we realize that we are better off without that relationship. In this song, we are accepting, forgiving, moving on and sashaying away.

Rehab was the song that not only skyrocketed Amy Winehouse to international fame but also illustrated the artists’ struggle in her musical career and personal life.The song addresses Winehouse’s refusal to get help and part of Amy Winehouse’s brilliance as a musician is how her songs are very personal and true-to-life.

“Million Reasons” from Lady Gaga’s latest album, Joanne is a country-pop track co-penned with Nashville darling, Hillary Lindsey. It’s a strong ballad about the inner struggle we go through and how we achieve the resolution to keep going.

11. Bonnie Tyler – Holding Out For A Hero

The kind of song that goes full-80s. Holding Out for a Hero is a high energy pop song that’s perfect for hyping up the crowd. A memorable adaptation of this song was when it was in the movie, Shrek 2, which to a lot of people who saw the movie, deemed it as the movie’s greatest moment.

Two things. First, this song could honestly be the anthem of karaoke itself with the opening lines “I have a dream, a song to sing, to help me cope with anything” – that’s basically the essence of karaoke. Second, ABBA. We close our case.

9. Blondie – One Way Or Another

It’s time to get creepy with Blondie’s One Way or Another. Since its release in 1979, the song has been used in the soundtrack of more than ten movies including Mean Girls, in trailers, and countless tv series. The song was apparently inspired by one of Debby Harry’s ex-boyfriends who stalked her after their breakup. One Way or Another ranked 298 in Rolling Stone’s “The 500 Greatest Songs of All Time”.

Cher’s is an immortal icon and her song, Believe, is as legendary as the singer. Believe, released in 1998, was the first use of auto-tune (though it didn’t have that name then), the distortion in Cher’s voice would become the Cher-effect in the Auto-Tune manual. The song is about empowerment and believing that you have to strength to go forward despite the doubts and pain.

Another artist asking for a good reason is the blues legend herself, Tracy Chapman. “Gimme One Reason” is her biggest hit to date, reaching number three on the Billboard Hot 100. It’s a classic twelve-bar blues song with elements of soul, funk, and rock. The lyrics are feisty and playful with a rhythm that’s easy to follow.

6. Tracy Chapman – Baby Can I Hold You

This song reveals more of the artists’ romantic side in song-wiritng. Baby Can I Hold You is a beautiful ballad that has a simple melody and uncomplicated lyrics. It’s exactly that upfrontness of this song that makes it such a gem. It’s heartbreakingly honest so you might see some tears.

Another classic bop from the beloved Swedish pop group, Mamma Mia tells the story of defenceless can get in the face of love. It’s a song that’s just really fun to sing because of how playful it’s composed. The song is also the title of a movie musical that gives us a narrative of all these beloved-ABBA bops.

“Someone Like You was the chart-topping, award-winning hit that is probably in every person’s break up playlist. Adele has revealed that the song was inspired by her own heartache, how she was scared of the thought of being alone while her ex has happily settled down. The multi-grammy award winner shares that she needed to write the song to feel okay about herself and the relationship that ended and how freeing it was to accept that.

Valerie is probably the most popular Amy Winhouse to cover and sing in the karaoke and with good reason! The song sticks to Amy’s jazz signature style but incorporates some elements of swing that make you want to get on your feet.

You may think that this song belongs to the higher pitches but this song actually belongs to the contralto register. What’s Up is a karaoke favorite. The song is easy to sing with a cathartic chorus that gets everybody riled up.

Twenty years later since its release and no song has been able to serve ATTITUDE like No Scrubs.

It is still very much an anthem today, though some lyrics have reached a different level of relatability, like twenty-year-olds still living with their mums. The thing about this song is that it’s really fun to sing. It doesn’t really matter what you’re vocal range is at all, as long as you’re able to bring it.

If you’d like to learn some fun facts regarding altos, be sure to check out our post – what is the lowest note an alto can sing?