21 Songs to Dedicate to Your Brother (All Styles!)

Whether you have a rivalry with your brother or adore your him to bits, there’s no denying the special bond that you have. Some brothers aren’t even related to us by blood yet we would never be ashamed to call them family.

To celebrate brothers around the world, we have rounded up a list of songs that perfectly encapsulates sibling relationships and brotherhood. Take a pick from our list and watch your brother get deep in his feelings when you sing it for him!

The Best Songs to Dedicate to Your Brother

Published in Vega’s 2012 appropriately-titled album Songs of Family, “Brother Mine” is a track about the relationship she had with her younger brother Matthew.

This simple yet exquisite ballad talks about the ups and downs of having a brother, but in the end she declares she’ll always love him and have his back nonetheless.

It’s a sweet song that anyone with a brother can relate to.

“He Ain’t Heavy, He’s My Brother” – The Hollies

If there’s a song that best describes the love for brothers, it’s this one.

Released in 1969, this slow-paced ballad became a major hit in the UK for the band.

The heartfelt melody and lyrics depict the unspoken bond between siblings and the sacrifices we’re willing to make for our brothers.

In some situations, there are friends that become so close to you that they end up being like family.

This song tells the story of two strangers who develop a sibling-like bond and endure many hardships together.

With country-infused instrumentals and Bryan’s melodic vocals, it’s a great track that you can dedicate to your closest pals.

“Hey Brother” is a different take on brotherly bonds, as it revolves around a boy who struggles to survive during wartime.

The lyrics depict him imagining his father, who had died in the Vietnam War, as a brother figure that gave him advice.

The inspiration for this song came from the movie O Brother, Where Art Thou?

Featuring a somber guitar-backed tune, the track teaches us that nothing is more important than familial relationships.

It centers around the brotherly bond between two boys and the things they do to keep each other safe.

The song boasts an emotional melody accompanied by chordophones to create this modern, heartfelt ballad with equally raw vocals.

“He Was My Brother” – Simon and Garfunkel

Released in 1964, this folk song is a tribute to three activists: Michael Schwerner, James Chaney, and Andrew Goodman.

They were murdered by the Ku Klux Klan, with Goodman being Simon’s friend and classmate.

Despite the peppy rhythm and beautiful harmonies, it’s a pretty sad track about death, loss, and grief.

If you’re looking for a song to sing to your brother, this 2015 track is perfect for you.

This Christian rock single bursts with sincerity and love, describing the unconditional affection for those you can call brothers.

Combining powerful vocals and heartfelt instrumentals, it’s a song that would uplift the spirits of anyone who hears it.

Mattiel’s 2017 indie-rock track is immensely relatable to older siblings around the world.

With a chipper tune, it addresses the concerns and fears of an older sibling for their younger brother as they face reality.

“Baby Brother” is a bitter ode to growing up and encourages us to motivate our younger brothers through those hard years.

Harris’s cover of the popular 1902 hall song is oddly cheerful considering it’s about two boys who grew up during the war. When they became adults, they headed off to fight together and ended up dying as brothers in arms.

While it’s a pretty heavy track, you can’t deny that it’s poignancy tugs hard at your heartstrings.

Taking a step back from the heavier topics is ABBA’s 1973 single about spending time with friends whom you regarded as brothers.

This song is much lighter as it goes down memory lane and reminisces on happy childhoods and joyous memories.

It’s also pretty easy to follow and would make a great choice to evoke a little nostalgic moment with your brother.

Having a sibling means the inevitable disses and roasts, which can be well-meaning sometimes.

In this whimsical 2007 song, Lily pokes fun at her brother, Alfie Allen, for being lazy and childish.

This hilarious song is quite fun to sing, and you can even change the name in the song to that of your own brother’s!

Siblings don’t always agree with each other, but no matter what, they will always have each other’s backs.

Conley’s 1991 country number focuses on the charm and connection of brotherly love and how it can never be replaced.

With its slow-paced tune, this sweet, touching ballad would move brothers to tears.

This 2005 track was dedicated to the lead vocalist’s brother Colin, who ironically finds this distasteful.

Lyrically, it’s about his rebellious and wild phase where he just wants attention from his parents.

The high-energy tune and upbeat rhythm give it an unrestrained vibe that would spur anyone to rock it out on the stage.

Losing a loved one like a brother can be one of the most painful things in the world.

“Me and My Brother” details with the sorrow and anguish after the death of someone that is regarded as family.

The raw lyrics and smooth vocals would certainly get you deep in your feelings.

Springsteen delivers an introspective and haunting story in this 1982 track.

The song revolves around a police officer who struggles to do his job when his unruly brother creates trouble after coming back from the war.

Accompanied by an acoustic guitar and harmonica, this track is pretty manageable for any vocal range out there.

This heartfelt 1970 song was originally inspired by a poem by Bernie Taupin. The poem details a young boy who discovers he has a baby brother.

Featuring an orchestral arrangement and John’s melodic vocals, it’s a simplistic song that captures a great moment of mirth.

Brothers don’t have to be related to us by blood to deserve the same amount of love and appreciation we show to our biological family.

In this 2010 track, lead singer Dan Auerbach sings about his brother-in-law who’d died from cancer at high-school age. The song has a hopeful tone as the singer believes they’ll meet again someday.

“Sister to a Brother” – Rob Finlay

Though it’s not a chart-topping hit, this 2011 track is a harmonious mix of folk and rock—a combination that lends itself to its familial themes.

This moving song describes a sister’s relationship with her brother and parents, all of whom are precious and irreplaceable.

As the title implies, this 1985 song centers on two soldiers who have forged a brotherly bond through the destruction of war.

The track has a grim tone to it, but the emotional melody and melancholic vocals elevate it to another level that would leave your audience captivated.

“Me and My Baby Brother” – War

Published in the 1973 album Deliver the World, this funk-infused treat is all about spending time with your brothers, even if you’re up to no good.

Though it doesn’t have the most righteous message, it’s a catchy song that would get everyone in the mood for dancing.

“Brother’s Keeper” has a pretty tragic backstory as it follows Dababy dealing with the loss of his brother to suicide, leaving him with grief and four new children.

This wistful composition also acts as a wake-up call to mental health awareness, an issue we must take seriously. 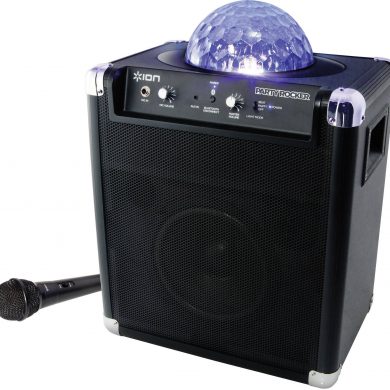