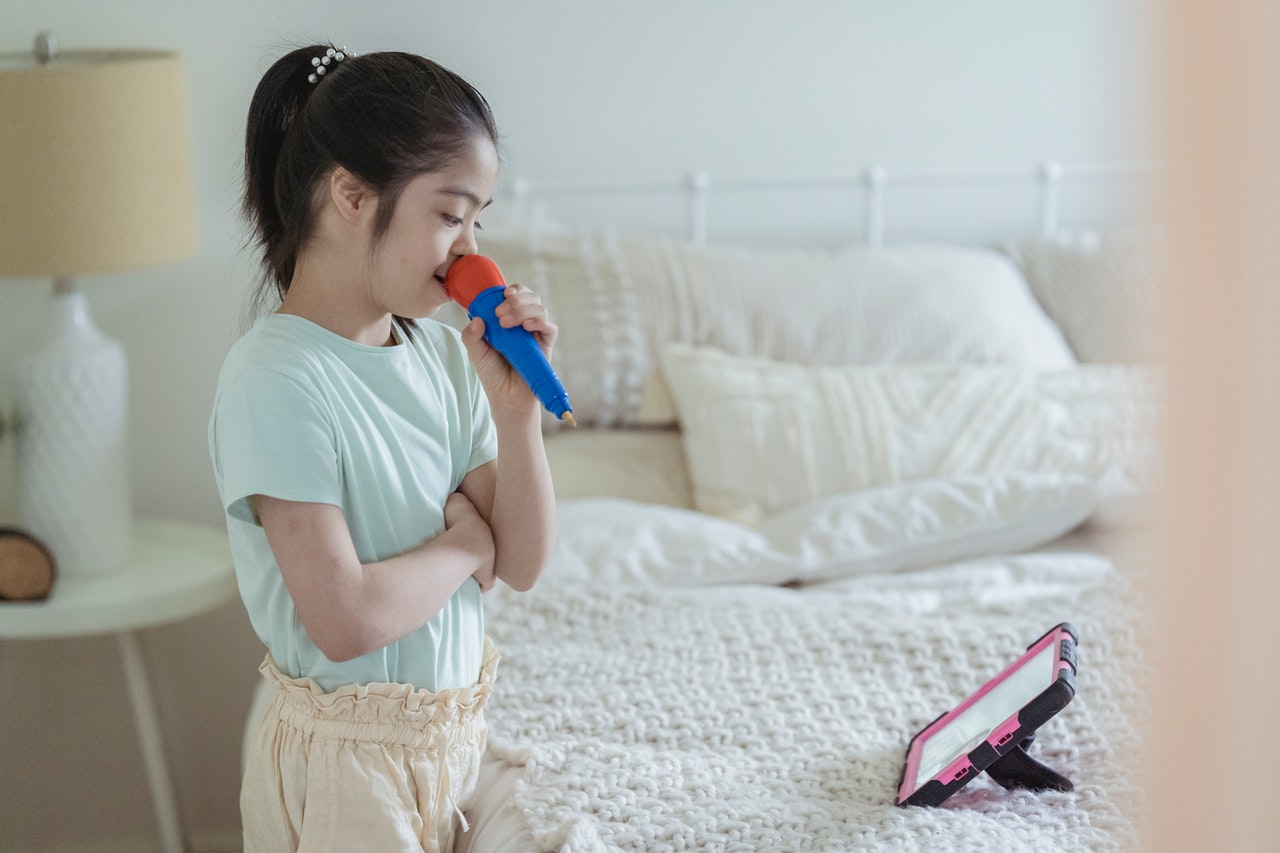 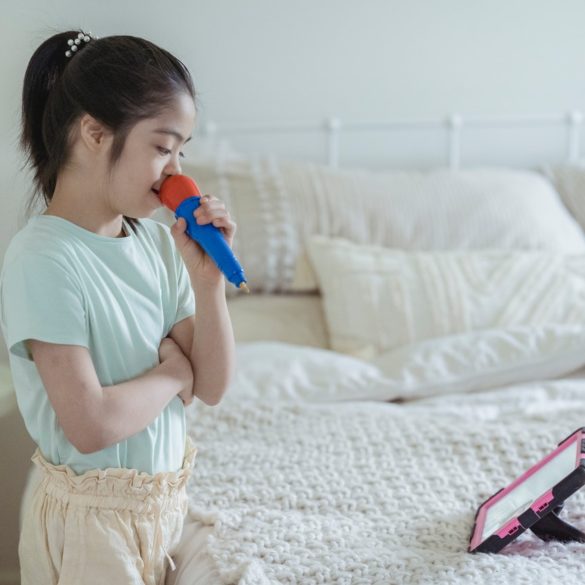 When you’re starting out in the karaoke world, it’s normal to have the fear of embarrassing yourself in front of your audience. Being a newbie, you’d likely go for your favorite songs without actually knowing how they go in karaoke version.

You might miss one line and be doomed to be off beat throughout the song. And since you’re used to belting the song out in the privacy of your room, you’ll probably find some notes are out of your range.

Not to worry. There are plenty of easy songs to sing out there. Most of them are also popular enough that you probably already know them.

A hit pop song from the early 2010s, Jepsen describes the chaotic experience of dealing with love at first sight as a teenager. This song might be slightly fast-paced, but the catchy and upbeat music makes up for the fun of singing it.

Plus, if you have an audience who’s familiar with the song, you’ll have the entire room singing it along with you.

“Stay With Me” is a piano-soul ballad by Sam Smith from his debut album The Lonely Hour. A gospel-inspired ballad, this song will surely get your audience in the feels.  While it might be intimidating to try to match up with Sam Smith’s vocals, this song doesn’t need the voice of Mariah Carey to make it sound good.

Since it’s a pretty straightforward song, you’ll be able to sing it as long as you follow the rhythm and remember the lyrics.

“Only Time” is one of those songs you’d want to sing when everyone’s ready to call it a  night. Originally one of the songs from Enya’s album A Day Without Rain, “Only Time” is often used in tributes centered on tragedy. With simple lyrics and relaxing instrumental music in its background, you just need to put a little soul into this song to pull it off flawlessly.

A cheeky kiss-off song directed to a narcissistic ex, this pop number was released in 2015 in Justin Bieber’s album Purpose. The lyrics are easy and the tune is pretty catchy, so you can’t really mess up with this song! You can also up your performance by doing a sassy dance to really depict the song’s message.

It’s no surprise that “Ain’t No Sunshine” comes to mind when you’re picking out a light song that everyone knows and loves. While its lyrics are simple with a repetitive chorus, the tricky part is nailing the right amount of I knows before going back to the main melody.

A classic from the early 1960s, this ballad is a fan favorite in karaokes, especially when everyone’s in a chill mood. What puts this song on our list are its repetitive melody and straightforward lyrics. The only part that needs a little practice is the bridge part, where you’ll have to go for a higher pitch to pull the song off smoothly.

If you have a ton of energy, why not let loose with this fun, peppy song? The verses are  easy to learn, and its upbeat melody leaves you room to show off your dancing moves. This song is also so catchy that your audience won’t be able to resist joining in.

Adele is well known for her powerful vocals in songs like “Skyfall” and “Someone Like  You.” That said, “Hometown Glory” is one of her lesser-known numbers where the melody is more subdued yet filled with emotion. This song is great for testing your vocal range, and it doesn’t need a super high pitch to make it sound fantastic.

Since its debut in the early 1980s, this song has been covered by various singers and  bands. The modern version from the TV series Glee stands out particularly due to its  different take on the song.

Being a rock song, “Don’t Stop Believin’” is perfect to unleash your inner rockstar. The  verses are pretty straightforward, and the melody is also energetic enough to make your  audience sing along.

The second the verse starts with “Somebody once told me…,” we’re sure you know how the rest of the song goes. An interesting fact about this song is that it was originally released in 1999 but only gained popularity in the 2000s due to its multiple appearances in films, most notably in Dreamwork’s Shrek.

The fun part about this song is that it doesn’t have much singing since most of the lyrics are rapped.

Before TikTok was an app, it was a song. Describing the events that follow a drunk night out partying, “TiK ToK” comes with an upbeat tune and energetic lyrics that’ll make you sing like there’s no tomorrow. Besides, Kesha’s auto-tuned voice makes it easy for any vocal range to follow along.

“Hollaback Girl” is another song where the lyrics are rapped instead of sung, which is a great choice if you’re not entirely confident in your singing skills yet. Since it’s basically a diss track, the trick to pulling this song off is putting your enthusiasm into it with a little attitude.

“Born This Way” is a powerful song that promotes the message of embracing our differences. If you’re looking for a fan-favorite club anthem, it’s a great choice to get  your audience to rock on with you.

This laid-back reggae song will surely get you and your audience to bop their heads along to its irresistible melody. Its lyrics are made up of common words that are easy to remember, and it doesn’t need powerful vocals for you to pull it off either. Definitely a good song to sing to lighten the mood.

Released as the only single for the soundtrack of Despicable Me 2, “Happy” is a song about holding on to good vibes, making it a great choice if you want to get your audience to dance.

While Pharell Williams is known for his high-pitched voice, there’s no shame in singing the song in your own vocal range. As long as you stay on beat and remember the lyrics, there’s no way you can mess it up.

“Wonderwall” is one of those songs that has inspired numerous covers and remains an  unforgotten classic until today. With its repetitive melody and easy lyrics, this song is great if you’re just starting out in karaoke.

Released in May 2006 by the American band Plain White T’s, “Hey There Delilah” is a  simple song with easy lyrics and a tune that’s pleasing to the ears. If you want to go down memory lane with your audience, this song is chill enough to give you the feel-good vibes.

“Hallelujah” is another song made popular again by the animated movie Shrek. It has over 300 versions of it available. Filled with biblical references, this song flows at a slow pace similar to gospel music, making it suitable for any vocal range.

A classic song that has remained evergreen, “Sweet Caroline” is pretty easy to sing. Besides, it’s also a certified crowd-pleaser, and you’ll find your friends singing along with you in no time.

Written by Christina Perri for the movie The Twilight Saga: Breaking Dawn – Part 1,  this song is a beautiful and straightforward ballad without many high notes or unexpected accents. Though the song is suited to a woman’s voice, men will also be able to pull it off effortlessly due to its versatility.

If you want to impress your audience during your karaoke sessions, you can prepare your personal list of favorite songs and practice singing them until you’re good at them. But let’s not forget the most important point about karaoke: have lots of fun!

Even if you don’t think you’re a decent singer, you can always make a difference by being a good sport and entertainer. 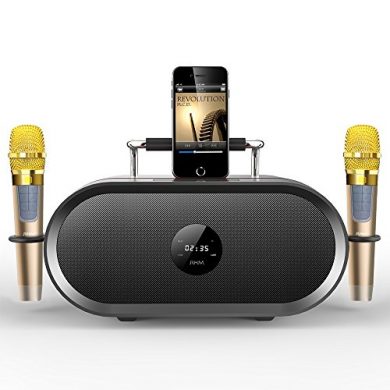