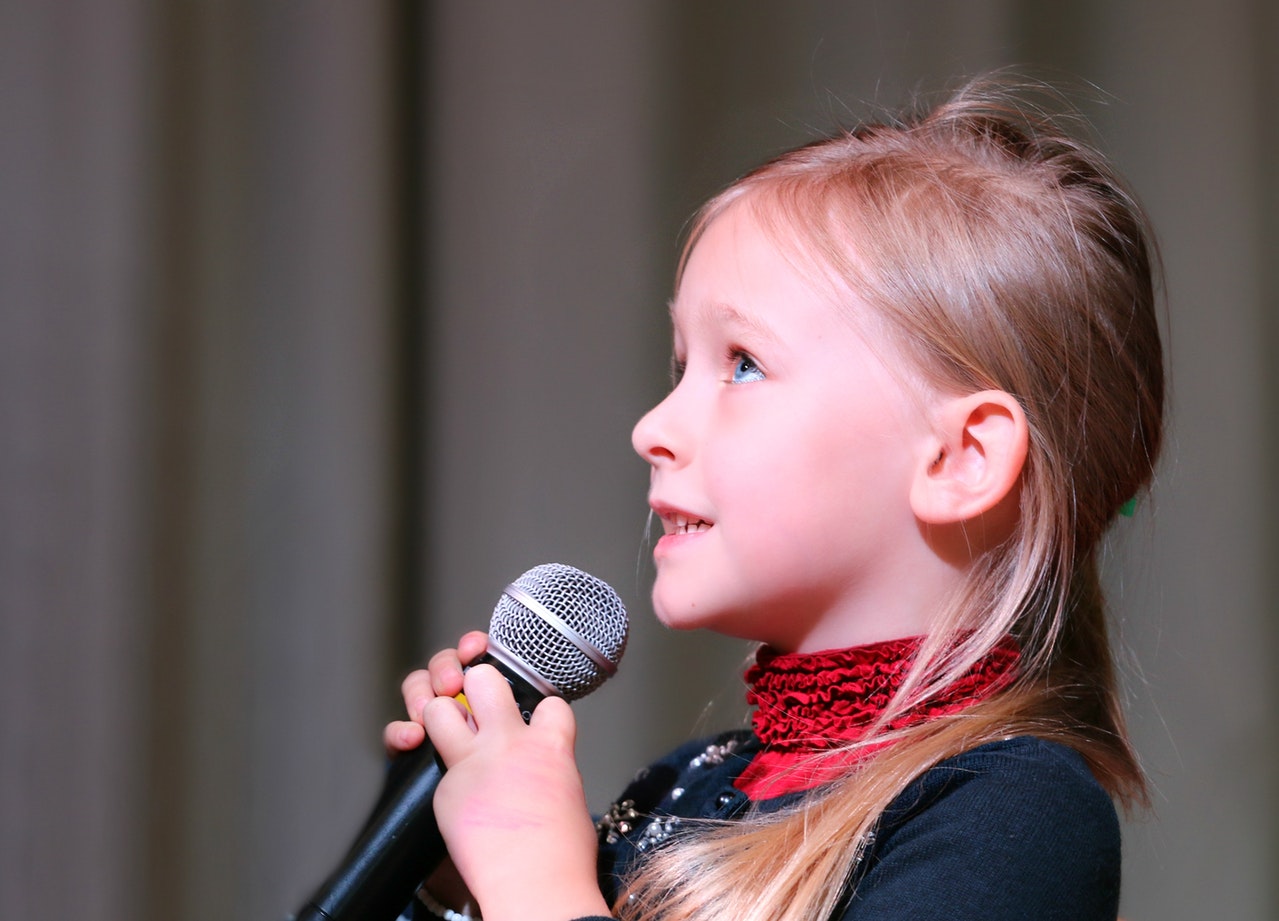 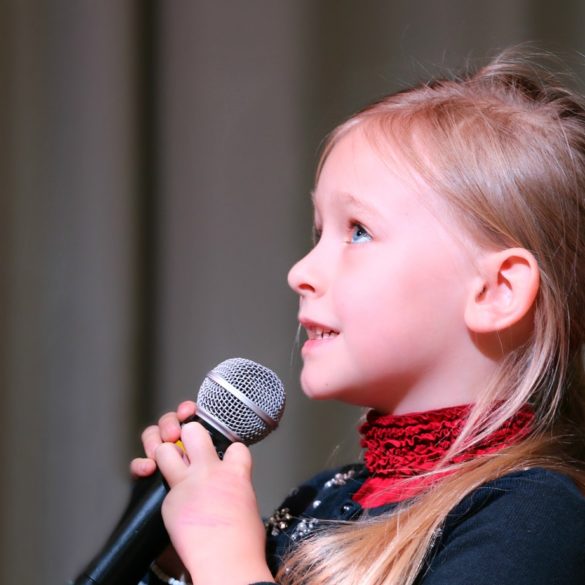 A soft voice can be a disadvantage during karaoke. You might find the background music drowning your voice out or have a hard time hitting powerful notes during an uplifting song.

One of the secrets to being an amazing karaoke singer is to know the strengths of your voice and choose songs that suit your vocals. This article will show you a list of great songs for your sweet and soft voice.

“Somewhere Over the Rainbow” – Israel Kamakawiwoʻole

Everyone would have heard of this classic reggae song. The history, message, and visuals of this song are so significant that it’s been chosen for preservation in the United States National Recording Registry in 2021.

With easy lyrics and a relaxing tune, this song gives you a good chance to show off your lilting and gentle voice.

“Kiss Me” – Sixpence None The Richer

A light and airy pop number by the American band Sixpence None the Richer, this song is overall straightforward without many high notes. With its sweet lyrics and calming music, it’s a karaoke song that’ll make couples in your audience take a slow sway around the room.

If you’re a fan of the Avengers, you’ve probably heard this phrase before. Poetri apparently got the inspiration for this song when her followers voted for this particular phrase to be turned into a song on her Instagram.

A romantic ballad about wanting to get married, this song is great if you want to drop the hint to your partner about buying that diamond ring.

Released in Swift’s album Red, “Treacherous” is one of her more lesser-known country-pop songs, swerving away from her usual energetic rhythm to more hushed notes. Echoing the title of the song, its message is about a potentially harmful and unhealthy relationship.

This song does get fast-paced at some parts, but as long as you follow the music and tune, you won’t mess up.

A chill ballad from the late 2010s, “Dandelions” began to pick up popularity in 2022 after going viral on TikTok. While this song picks up the pace toward the chorus, you don’t have to worry as it goes back to its regular rhythm soon after.

“I Love You” – Billie Eilish

Billie Eilish is one of the most prominent singers with a mellow and soft voice, so it’s no surprise her songs are on this list. This sad acoustic ballad depicts the feelings and struggles of a complex relationship.

To really get your audience into this song, make sure to crank up the angst in your voice during your performance.

Another song from Ruth B, “Lost Boys” came into creation after Behrens was inspired by Season 3 of the TV Series Once Upon a Time. Tapping into the world of Peter Pan, this song is about loneliness without a sense of belonging and running from reality to the realm of imagination.

With its straightforward lyrics and melancholic melody, you’ll be able to nail this song down as long as you follow the beat.

While “Skinny Love” was originally written as an indie-folk song by Justine Vernon, we suggest Birdy’s cover for karaoke instead if you have a soft voice. Her version is much gentler that gets slightly high-pitched at the chorus, which is a better fit for soft voices.

“Let Her Go” was the song that skyrocketed Passenger to international success, addressing a heartbroken man’s regrets about his failed relationship. Though it has a melancholic melody and somber lyrics, you probably won’t be able to resist swaying your head slowly to the soft acoustics in the background.

Initially released in 2019, “Double Take” took off in fame through TikTok and Spotify in 2021. It’s an intimate song about falling in love with a friend, and you and your audience will be swept away by its emotional lyrics and dreamlike music.

“Let Me Down Slowly” – Alec Benjamin

If you’re looking for a song to get deep in your feels, this one definitely won’t let you down.  “Let Me Down Slowly” has a simple melody and lyrics that are easy to memorize. It’s a great song choice if you’ve just had a bad breakup.

“The Night We Met” – Lord Huron

After being featured in the TV series 13 Reasons Why, this poetic track gained plenty of success since its original release in the mid-2010s. With its emotional lyrics and peaceful tune, this song is perfect to get your audience to sit back and enjoy the night.

While its melody is melancholic, “It’s You” actually revolves around giving love another chance despite being hurt in a previous relationship. The lyrics are achingly vulnerable, so you might draw out a few tears, especially if you sing it with your heart.

A calming pop ballad about a long-distance relationship, “Photograph” will tug at your heartstrings if you’re missing that special someone. It has an easy melody and lyrics that are easy to follow, so there’s no way you can mess this song up.

Released as a track in Gray’s debut album Kid Krow, “Heather” holds the message of unrequited love. Gray has stated that the Heather mentioned in the song is the girl his crush liked, which led him to hate her even though Heather was nice and sweet.

Along with a slow-paced tune and simple lyrics, this song also has a cathartic chorus that’ll pierce your audience’s hearts.

An electropop number from the early 2000s, “The Fear” is a satire about the problems with celebrity lifestyles and overnight fame-hunting. Its cheeky lyrics and upbeat rhythm accompanied by the synths make it a great song to get your audience to hop onto the dance floor.

Unlike Lavigne’s signature rock hit, “Girlfriend,” this hopeful ballad reveals her artistic side. This song talks about appreciating the beautiful moments while they are still present in our lives.

The chorus goes hard, so be prepared to sing your lungs out at that part.

Written for the film Bucket List, this bittersweet ballad talks about expressing yourself instead of keeping everything to yourself. It has a steady rhythm and straightforward lyrics, making it easy for you to sing. You’ll just have to nail the right amount of “Say what you need to say” during the chorus though.

“Out Of Love” – Alessia Cara

Inspired by a friend’s breakup, Cara wrote this track for her album The Pains of Growing. This sad ballad has a smooth and mellow rhythm. You’ll need to hit higher notes toward the chorus part, but the rhythm goes back to normal after that.

Written in 2017, this depressing ballad speaks about Eilish’s struggles with her insecurities and self-deprecation. This song is pretty diverse in genre, having pop and R&B influences injected with a neo soul and jazz melody.

What puts this song on our list is its gentle and steady rhythm along with strong lyrics that’ll be an appropriate fit for your soft voice.

Jasmine Thompson started her singing career by performing covers of popular songs on YouTube. A lilting ballad released in 2013, “Willow” takes notes from a fairytale by Hans Christian Andersen. This song is quite unique, telling a story in simple lyrics accompanied by a waltz-like rhythm that makes you feel like you’re in a storybook.

Taking one from the oldies, “Hold Me Now” is the second winner in the Eurovision Song Contest in 1987, spawning many covers by several performers, including Tanya Stephens. This song is pretty easy to learn in terms of melody and lyrics and is bound to evoke lots of emotions.

A timeless classic, “L.O.V.E.” is a simple song about the beauty of love. This song is a sure crowd-pleaser and will get your audience to bop their heads along with its romantic lyrics and catchy tune.

“Sunrise” is your best bet if you’re not confident enough to hit those high notes. If you watch the music video, Jones’ voice barely changes in pitch throughout the song. Coupled with its easy rhythm and simple lyrics, this song feels like a stroll through a garden.

“Alphabet Boy” is a whimsical electropop song about Martinez’s previous relationship and her send-off to him. This song is all about sass and attitude with an upbeat rhythm and clever lyrics that capture those feelings. To really sell it, add a little flair to your performance and your audience will be singing along with you in seconds.