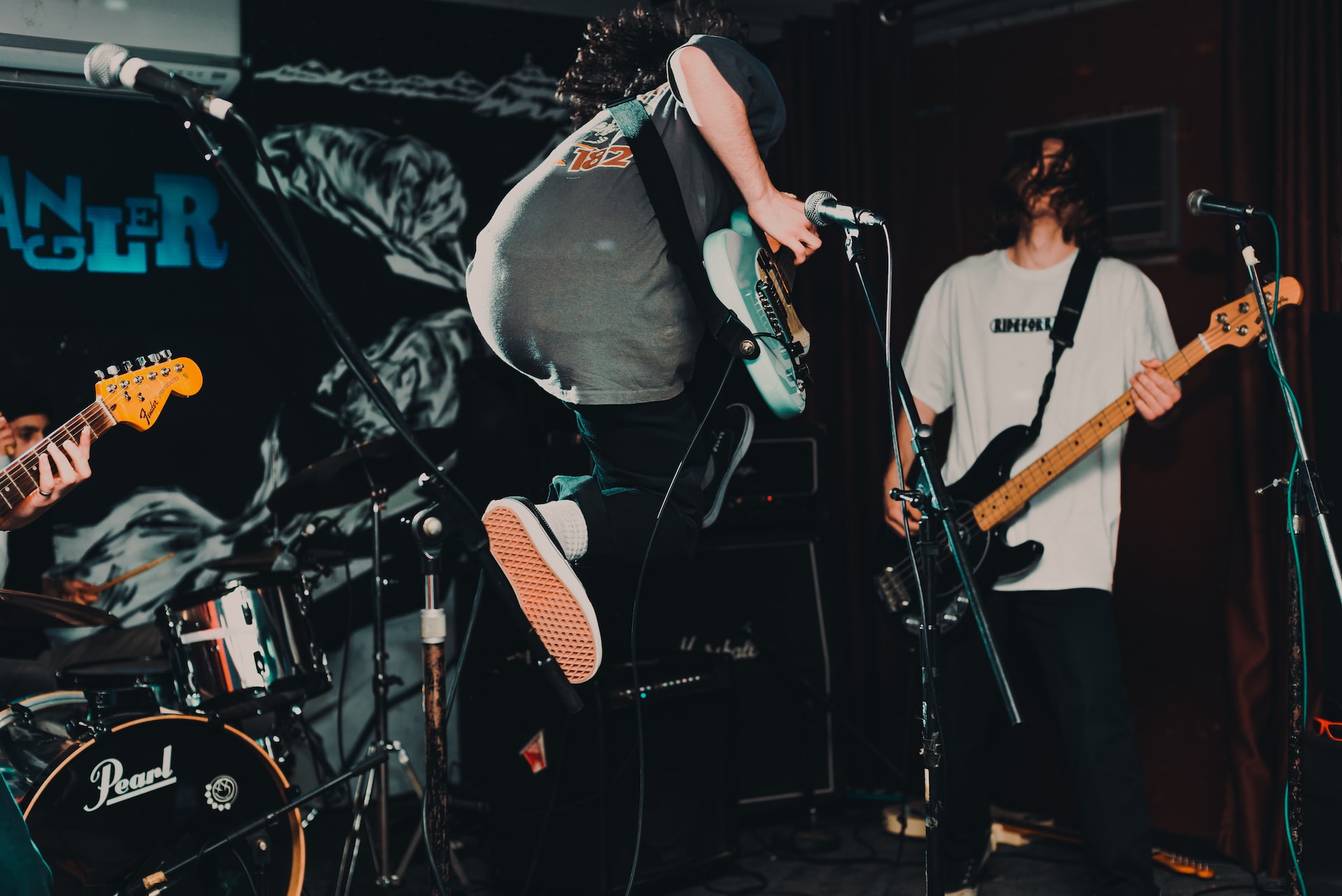 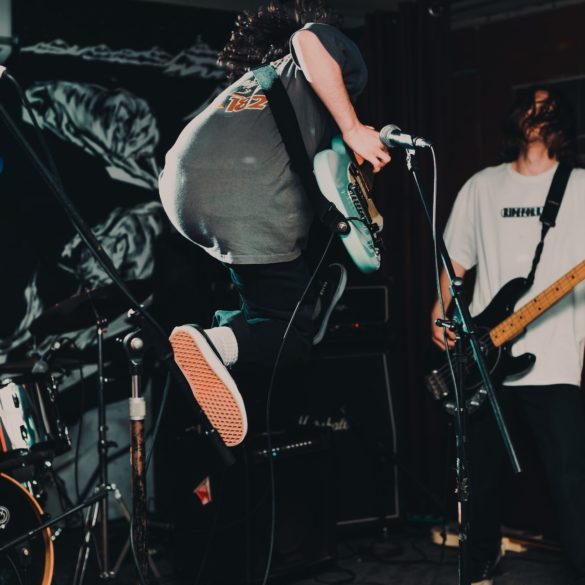 When it comes to karaoke, you don’t usually think of going for metal songs.

But karaoke doesn’t discriminate, and you’re free to sing any genre, even the ones where you’ll be screaming your lungs out most of the time.

We have compiled a list of metal songs that would make your karaoke party louder and more exciting.

Even if you’re not a metal fan, you’ll be surprised to find that well-known bands, like Linkin Park and Guns N’ Roses, have produced tracks in the metal genre too.

So, whether you’re a metalhead looking to update your playlist or for something new to sing at karaoke, have a great time going through our handpicked tracks!

The opening track from Metallica’s self-titled 1991 album, “Enter Sandman” is the band’s signature song that is certified platinum.

The heavy metal track explores the concept of childhood nightmares with the Sandman being the monster in the dreams.

With a loud tune backed by guitars and drums, you’ll need powerful vocals to really carry this lullaby-inspired single through.

Since this song is pretty mainstream, you’d get plenty of crowd participation, especially from metal fans.

“Rainbow in the Dark” – Dio

This 1983 single is Dio’s second most famous song, and it’s not hard to see why.

Published in the album Holy Diver, the track describes the feeling of being isolated and trapped without the means to release the true potential inside.

The song was apparently inspired by Dio’s experience after he left Black Sabbath.

With crazy guitar riffs and hard-hitting lyrics, it’s a track that’ll have you reaching for the heavens when you sing it.

Released in 1989, “Poison” remains one of the band’s most successful and well-known songs.

The track details the main protagonist comparing heroin to a beautiful but cruel woman.

He knows he’s addicted to it and that it has negative effects on him, but he just can’t stop.

Featuring catchy instrumentals and straightforward lyrics, this track would get anyone to rock on along to its intense guitar riffs.

It’s arguably one of the best heavy metal songs out there, spawning lots of covers from various artists, including Arctic Monkeys and Post Malone.

With a recognizable melody and killer vocals, you’ll easily get everyone to sing along with you.

This 1980 single is undeniably one of the most recognizable metal songs ever written.

With an intro that almost everyone knows, “Crazy Train” addresses the fear of annihilation during the Cold War.

The song describes how political figures and mass media would use their powers to manipulate the public and cause mass hysteria.

The song is super catchy with its sick guitar riffs and Ozzy’s vocals, which make it a great choice for karaoke.

Released in 2006, “The Metal” is a comedic single that describes how awesome the metal genre is.

It even talks about how other genres like new wave and punk rock tried to erase metal from music history but failed since it has a huge fanbase until today.

It’s not your typical metal song, but it definitely goes hard with its badass lyrics.

Your entire karaoke bar will be rocking on with you if you choose this song to sing.

If you’re looking for an easier metal song to sing with your audience, this 1984 track is the perfect choice for you!

The song has a simple message: rock on as much as you want.

With its recognizable melody and simple lyrics, you’ll have tons of fun singing this song at your karaoke party.

Interestingly, a cover of this track with modified lyrics titled “Goofy Goober Rock” was featured in the 2004 Spongebob movie, and even that version was a bop.

Featured in the band’s 1983 album, Piece of Mind, “The Trooper” is one of the most popular ’80s metal songs out there.

The heavy metal track was inspired by the Charge of the Light Brigade at the Battle of Balaclava in 1854, which was retold in Tennyson’s poem.

Though its guitar intro is quite long for karaoke, the awesome guitar riffs and powerful vocals make up for it.

“Chop Suey” – System of a Down

This 2001 single was originally going to be titled “Self-Righteous Suicide” before it was changed to “Chop Suey” to make it more radio-friendly.

The lyrics are often interpreted as confrontational as the singer challenges the listeners to consider their judgment of people who engaged in self-destructive activities.

With an intense melody and alternating vocals, this song can turn any karaoke party into a concert.

Released in the band’s 1984 album Love at First Sting, “Rock You Like a Hurricane” is where heavy metal meets classic rock.

This classic rock anthem talks about rock ‘n’ roll and sexuality, themes that were pretty normal back in the ’80s.

The energetic guitar riffs and passionate vocals give the song an upbeat feel, making it a good choice for karaoke.

“Sweet Child o’ Mine” is arguably the band’s most successful hit, with its legendary guitar solo being recognized as one of the best of all time.

First released in 1988, this track is dedicated to Erin Everyly, girlfriend to frontman Axl Rose at that time.

This 2001 track is undeniably one of the most well-known hits from Linkin Park.

With a recognizable rhythm, the song describes wasting time in building a relationship with a girl who wasn’t invested in it.

The powerful melody and intense vocals make the metal number hard not to sing along to, even if you’re not good at it.

“Every Rose Has Its Thorn” – Poison

You might have never expected this 1988 single to be a metal song, but it is.

Mainly backed by a guitar, this power ballad describes being betrayed by someone you loved and trusted.

This song is a great choice if you don’t have powerful vocals and just want something slow-paced to sing.

This 2001 single is so iconic that it has been featured in various media, including advertisements, films, and TV series.

Though the song sounds gruesome, it’s actually about being in a mosh pit at a concert.

The electrifying melody of the guitar and intense vocals make it a powerful song that’d make you scream your heart out.

Featured in the band’s 1988 self-titled album, “Mother” is a a song that challenges parents, inspired after the Parental Advisory warning was introduced.

The track explores trying to expose a sheltered person to the harsh realities of life and taunting that person’s parents.

This song was a huge hit that spawned many covers and was even featured in games like GTA: San Andreas and Guitar Hero 2.

“Down with the Sickness” – Disturbed

“Down with the Sickness” is one of the band’s well-known songs that’s certified platinum.

Lyrically, the track is about fascism and how society will fight back if they’re oppressed too much.

Be warned, the song has plenty of screaming along to an intense melody, so you might want to warm up before taking on the challenge.

Released in 1983, “Holy Diver” explores themes of religion and the selfishness of humanity.

Featuring upbeat guitar riffs, it’s one of the band’s most popular songs.

With its energetic rhythm and powerful vocals, you won’t have to worry about making it sound good because everyone will be dancing and singing along with you.

“One Step Closer” is Linkin Park’s debut single that became one of their biggest hits and concert staple.

Lyrically, the song is about the frustration of dealing with harsh truths and wanting to be heard.

This 2000 metal track is pretty intense with loud melodies and powerful vocals, making it a good pick if you need to get something off your chest.

Released in 1984, the lyrics of this song is as simple as it can be: it’s about a boy who starts paying more attention in class because of his attractive teacher.

The track does have a pretty long intro, but that’s what makes it amazing.

With simple lyrics and a thrilling rhythm, this single would raise the energy at any karaoke party. 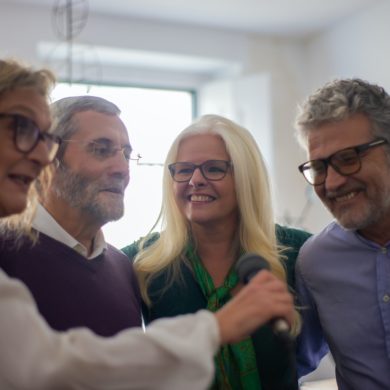