23 Best Songs to Dedicate to Your Mother

To say mothers are important is an understatement. They didn’t only birth you, but they also raised and nurture you until you were ready to be on your own. Mothers deserve all the love, praise, and affection they are worthy of.

So what better way to show your appreciation and respect to mothers than through a beautiful song?

In this article, we’ve compiled a list of tracks that shower applause and admiration to everything good a mother has done for us. Whether you’re celebrating Mother’s Day with a karaoke party or looking for a sweet song to dedicate to your mom, you’ll surely find something that would make your mother feel extremely loved and adored.

The Best Songs to Dedicate to Your Mother

Like fathers, mothers are superheroes in their own right and deserve to be respected for their strength.

In this soulful number, Keys takes us through the lives of women who provide and care for their loved ones.

With a melodic piano-backed tune, it’s a beautiful song you can sing to your mother to appreciate everything they’ve been through for you.

Meghan Trainor teams up with her mother to present us with this fun and catchy track about loving your mothers.

The uptempo melody and heartfelt message would surely put a smile on any mother’s heart.

This 1971 song is best known as the theme song of the popular TV series The Gilmore Girls, which features a mother-daughter duo as the protagonists.

While the original song actually served as a romantic ballad, it can also be applied to mother-daughter relationships.

The catchy rhythm and straightforward lyrics make it easy to follow along so you won’t have any problems singing it with your mom!

Boyz II Men have stolen our hearts for years with their smooth-as-butter voices and songs, and this R&B track was one of their best final hits of that decade.

Featuring a delicate tune, this song is an ode to mothers everywhere and how much their love has impacted their children.

The sentimental vibe of the song tugs strongly at the heartstrings and would certainly make anyone tear up.

Okay, let’s take a step back from the mushy stuff and have fun with this 1961 hit instead!

An upbeat R&B track, “Mama Said” is a play on the age-old saying that mothers know best. In the song, the protagonist suddenly finds herself falling in love and remembers her mother’s advice on dealing with those strong feelings.

With upbeat instrumentals and repetitive lyrics, it’s not only easy to remember but also a blast to sing with your mother.

Released in 1972, “Mother and Child Reunion” was one of the first songs by a non-Jamaican singer to feature elements of reggae.

The track has pretty interesting origins as its title was based on a Chinese dish while the lyrics were inspired by the death of his dog.

That said, you can interpret it as a song about a mother and son who’re separated and can’t wait to be reunited.

This 2005 ballad was written as tribute to West’s late mother Donda West.

In the song, he sings and raps about everything his mother had done for him and how dearly he loves her.

Featuring an irresistible hook and simple lyrics, it makes the perfect choice to dedicate to your strong and capable mother who’s been with you through it all.

“My Mother and I” – Lucy Dacus

Released in 2019, “My Mother and I” is a different take on the definition of “mother.”

Being a child of adoption, Dacus describes in her song the traits and qualities she inherited from the “mothers” in her life.

It’s a touching song with a gentle melody that depicts our connection to our mothers, whether they’re blood-related or not.

“I Prefer Your Love” – St. Vincent

The very thought of losing your mother is absolutely frightening, and Annie Clark’s heartbreaking ballad perfectly captures that feeling.

This song was dedicated to her mother and was written at a period when she was sick.

The heavy instrumentals and melancholic vocals give it a wistful feel that encourages us to cherish our mothers more.

As usual, Beyonce delivers a melodious performance in this catchy track dedicated to her mother.

“Ring Off” was based on the divorce of her parents, Matthew and Tina Knowles, in 2009. Instead of being sad, the song is filled with a cheerful vibe as Beyonce encourages her mother to move on and live her life happily.

It’s a great song choice for anyone with mothers who have struggled through a lot and came out on top.

Elvis Presley moves our hearts with this tear-tugging ballad about his mother and her love for roses.

Featuring sweeping harmonies and Presley’s iconic vocals, it serves as a sentimental tribute to his mother. It’d definitely make you think of your own mother.

“Turn To You” – Justin Bieber

Dedicated to Bieber’s mother Pattie, “Turn To You” was released on Mother’s Day in 2012.

The song sees Bieber reassuring his mom that he’s old enough to take care of both of them.

It’s an emotional track that captures the sentiments of every child who has grown up and wants their mother not to worry about them anymore.

“Your Mother Should Know” – The Beatles

The track is accompanied by a catchy tune and easy-to-remember lyrics, making it straightforward enough to follow.

We really need to give credit to our moms for dealing with our rebellious phases and still choosing to be patient with us.

This Spice Girls’s track was a tribute to the group’s mothers and revolves around the issues in the relationships between mothers and their kids.

Featuring a heartfelt rhythm, sweeping harmonies, and sweet vocals, it’s a solid pick that you can sing to your biggest supporter and best friend, your mom.

“In My Daughter’s Eyes” – Martina McBride

This 2003 country ballad is perfect for any mother out there with daughters of their own.

Lyrically, it’s about a mother’s love for her daughter and her hopes for her future ahead.

The song sets a heartwarming tone, accompanied by a simple, piano-backed melody and tender lyrics. If you really want to drive it home, sing it with all your heart!

If you’re living far from your mom and miss her, this 2018 pop single is perfect for you.

The song finds Musgraves singing about how much she misses her mother who lives far away from her.

It’s definitely the song that’ll make you want to give your mama a call after you’re done singing it.

In this 2011 country-infused song, Alaina sings about how much her mother has molded her into the strong woman she is today.

While the track has simple instrumentals, Alaina’s powerful vocals and heartfelt message give it a special quality that resonates with every mother out there.

Nothing beats a mother’s love and support for their children. Sugarland’s 2018 track is an ode to the great lengths mothers would go for their loved ones, and it’s immensely touching.

With a tender tune and gentle vocals, it’s an incredible track that defines the sacrifices and affection only a mother can embody.

Though this song was originally based on Osbourne’s wife, it can also be sung to your mother.

Lyrically, it’s about a man who misses his mother and wishes to go home to her as soon as possible.

The song features electrifying instrumentals and Osbourne’s powerful vocals that make it liberating to belt out to your mom.

As we grow older, it is then we realize and appreciate the things our mothers have done for us.

Published in the 2008 album Fearless, “Best Day” revisits Swift’s childhood and her mother’s support for her throughout her music career.

With a guitar-driven tune, it’s an emotional track with a message that everyone can relate to.

If you’re looking for a catchy track with an R&B-type melody, this 2003 song definitely checks out those boxes.

This track finds Hamilton praising and admiring his mother for everything she has done for him.

You can sing the song to your mother as a way of thanking her for raising you all those years.

Carrie Underwood is so good at moving us to tears, and this 2006 song is truly heartwarming to the core.

The track revolves around Underwood’s mother who reassures her that she’ll always think of her even after she moves out.

This mellow country song might have a pretty sad message, but it reminds us to never forget about our mothers.

“Mamma’s Kitchen” is an utter delight with a strings-driven melody and Winan’s rich vocals.

The song revolves around the happier and simpler days her mother had made for her before adulthood became complicated.

This melodic track is a nostalgic trip and would bring you back to your childhood with your mom. 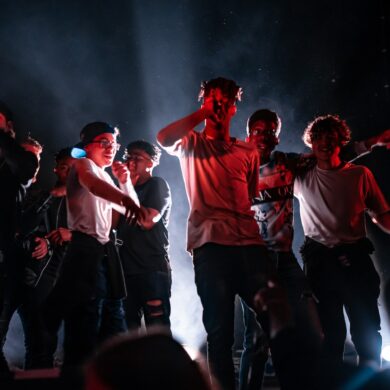