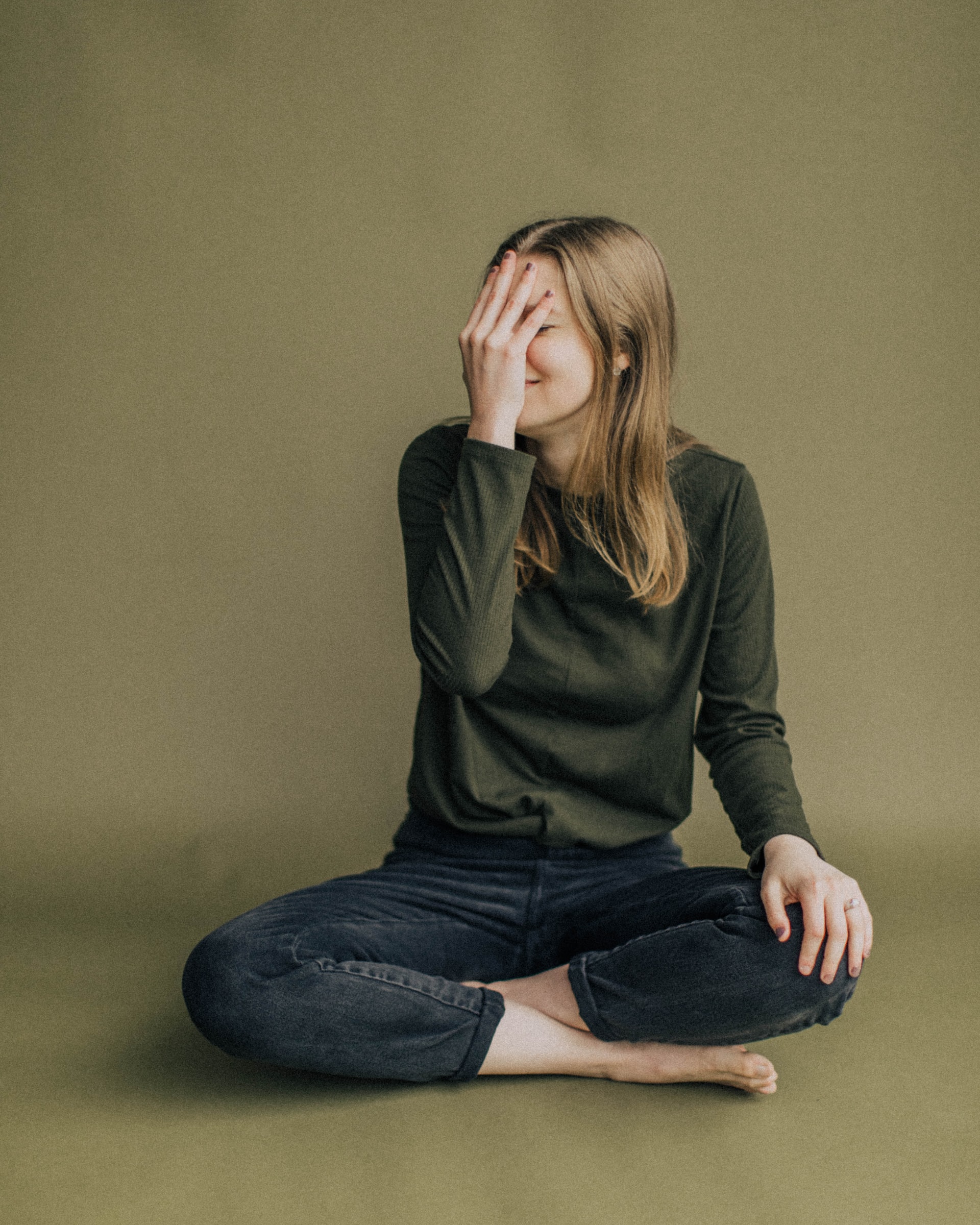 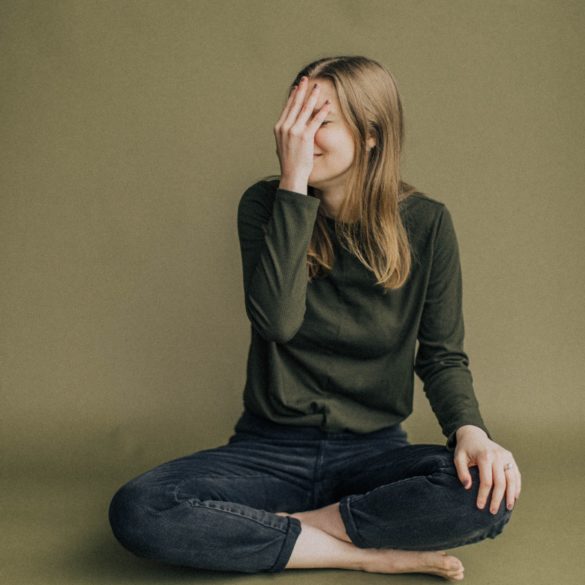 Karaoke is one of the best activities you can do with your family and friends.

There’s so much fun in watching the people you love sing their hearts out to their favorite songs.

That said, some songs are too awkward for karaoke that you get secondhand embarrassment just listening to them.

In this article, we’ll be taking a look at some of the most embarrassing karaoke songs you can perform in front of others.

Whether you want to avoid them or roll with it for fun’s sake, these tracks won’t fail to get wide-eyed stares from your audience.

The Most Embarrassing Karaoke Songs

You gotta have thick skin if you want to sing this song at karaoke night in front of your family and friends.

Released in 1978, this disco-rock single is about a man who tries to seduce a woman he meets at a club.

Despite its raunchy themes, it’s undeniably catchy with a combination of synths, drums, and guitars.

Whether Fergie is talking about butts, boobs, or something else, this song will definitely get you plenty of attention from your audience.

Featured in Black Eyed Peas’s 2005 album Monkey Business, the track is about a woman who has a banging bod and knows exactly how to use it.

If you’re feeling super confident to pull off a sexy number, this is the song for you. Bonus points if you’re a man.

Even though it was released in the ’90s, it’s still a pretty good song with a smooth rap flow and upbeat melody.

It was a hit after its release and was featured in many media like Glee and Alvin and the Chipmunks.

The embarrassing part comes from whether you’re able to keep up with Vanilla Ice’s tricky lyrics and not mess up the song while you’re rapping it out.

Though this 1987 track is supposedly about dancing, it’s hard not to mistake it as a song about sex.

The suggestive lyrics and uptempo melody don’t help its case either. Whatever the track is about, you can deny that it’s a great dance anthem.

Just don’t be surprised if people start staring at you because of the lyrics.

Do you want to get people to laugh? This 1991 track is what you’re looking for.

Written from an experience in a hot basement studio, this upbeat song was a commercial success after its debut.

The lyrics might be ridiculous and raunchy, but you can’t resist dancing along to its catchy tune.

You’ll have everyone bursting into fits of laugher if you choose this song for karaoke night.

First released in 1999, “I Want It That Way” is one of the band’s signature songs that remain a classic until today.

Though it’s supposedly about a strained relationship, the message of the track is pretty muddled that you can interpret it in any way you like.

With simple lyrics and a recognizable melody, this pop number will definitely remind you of your younger, awkward days.

“I Touch Myself” – Divinyls

Despite its sweet melody, this 1990 soft rock number will either make people slack-jawed or laugh in amusement.

Due to its “touchy” themes, it caused quite a lot of controversies, but that didn’t stop it from placing fourth on the music charts.

It has also been adapted as an anthem for breast cancer after frontman Chrissy Amphlett passed on from the disease.

Don’t be fooled by the title. It’s definitely not about having innocent fun in the afternoon.

Released in 1976, this mellow country-pop song is filled with suggestive themes that it stirred up a controversy after its release.

Since the track is sung in a choir, it can work as a group karaoke song if your friends aren’t too embarrassed to sing it.

“Do You Wanna Touch Me” – Joan Jett and the Blackhearts

This was originally written by Gary Glitter in 1973, and the Blackhearts’s version was released in 1982 with a touch of rock to it.

As the title implies, it’s a raunchy song about a girl who asks her boyfriend to please her with his touch.

The lyrics are undeniably embarrassing, but the rock-infused tune makes it a banger.

It’s a great song that would make people laugh and dance along with you.

Every ’90s kid would recognize this song.

Released in the band’s album Aquarium, “Barbie Girl” is their most popular work, exploring sexual and anti-feministic themes, with Barbie as the protagonist.

The bubbly melody and introspective lyrics give it a cheerful vibe, which is a good song choice to get everyone on to the dance floor.

“I Just Had Sex” – The Lonely Island

You’ll need more than confidence to pull off this 2010 hip-hop track.

“I Just Had Sex” is a comedic take on when a virgin has sex for the first time and decides to brag about it.

It’s even mentioned that he was awkward the whole time, but he doesn’t care as long as he got laid.

The fact that popular R&B artist Akon is on the same track makes it even funnier.

Your audience will definitely get a good laugh if you decide to sing this song.

Featured in Wham’s 1984 album Make It Big, this energetic pop single was written after bandmate Andrew Ridgeley made a typo in a note he left.

Lyrically, the song is about a man who praises a woman he loves and begs her not to leave him.

“Dance Monkey” – Tones and I

Written by band lead singer Toni Watson, this 2019 electropop track serves as a funny tribute to her experience as a busker in Australia.

The song describes her frustration with having to “dance like a monkey” to hold their attention.

With its uptempo melody and catchy tune, this track is a good choice if you’re feeling bold enough to show off some dance moves.

Have you ever seen phone numbers written on the doors or walls of bathroom stalls?

This 1981 track was inspired by that trend, and it became a huge hit after its release.

The song even started a fad where people called the number from the song and asked for Jenny.

This led to many changing their numbers because they received non-stop calls.

Lyrically, the track is pretty funny, too, that it’ll make everyone laugh once they realized what the song’s really about.

You ever heard a song so embarrassing you feel your insides twist?

First released in 2005, “PopoZão” is a suggestive song that refers to a bootylicious posterior, if you get what we mean.

The melody on the track takes inspiration from Brazil’s favela funk, which explains its fast-paced and upbeat vibe.

Even with its catchy rhythm, the lyrics are pretty direct, so make sure to not mind a few stares before choosing this song.

Released in 1973, “Jolene” is one of Dolly Parton’s best country hits.

It’s an evergreen song that most people recognize and love.

Despite its sweet tune, the song is actually about a woman begging “Jolene” not to seduce her lover away from her.

While this song is a classic, it’s an outdated choice at karaoke that might be awkward for people to watch.

“MMMBop” is a pop-rock single from the band Hanson that was featured in their 1997 album Out of Nowhere.

The song is about the futility of life and how limited our time is in this world.

Surprisingly, the track masks its darker themes by featuring a lighthearted melody and nonsensical chorus that could either be catchy or ridiculous to some.

“If You Want to Be My Lover” – Spice Girls

This 1996 track isn’t just fun, it has a positive message for girls everywhere: friendships can be more important than romantic relationships.

It’s so recognizable that you can sing this at any karaoke bar, and people will undoubtedly join you.

But the song does have a pretty repetitive bridge, which can be awkward to sing out loud.

It’s weird, it’s annoying, yet we can’t get it out of our heads.

Written by Norwegian comedy duo Ylvis, this 2013 track was actually designed to be an “anti-hit” and was intended to fail on the music charts.

Ironically, it did extremely well and was even turned into a popular meme.

The lyrics of the song are pretty funny, consisting of animal sounds that might be embarrassing to sing in front of others unless you’re fooling around. 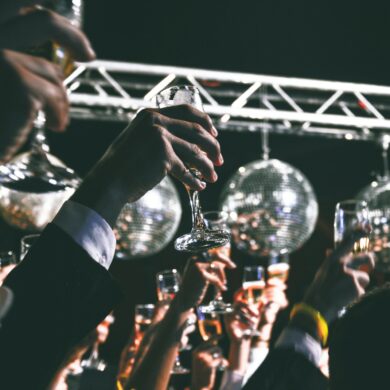