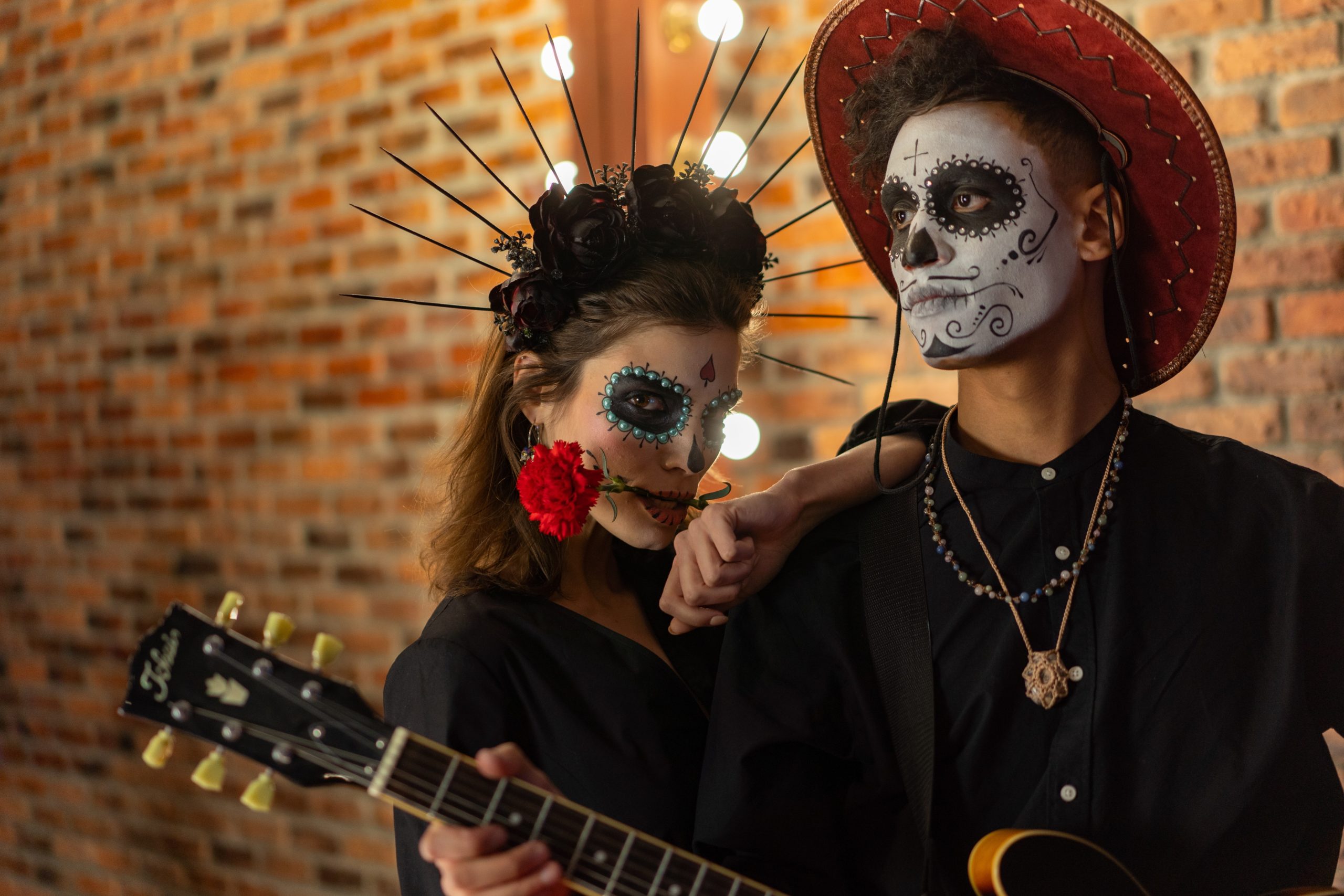 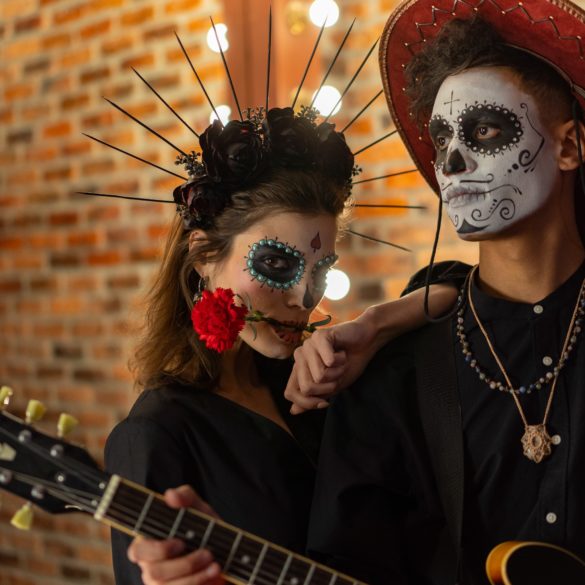 Ghosts are normally thought of as scary, but that hasn’t stopped artists from naming their songs after them or making songs about the paranormal. As expected, songs about ghosts can be eerie and spooky, but some of them can be catchy, with interesting stories that’ll keep you spellbound until the end.

That’s why we have compiled a list of songs about ghosts that could be sad, funny, or haunting. Whether you’re looking for something to sing on Halloween or to try listening to new songs, feel free to take a look at these ghostly tunes.

“The Wreck of the Edmund Fitzgerald” – Gordon Lightfoot

This 1976 folk song was inspired by the tragic sinking of the ore carrier SS Edmund Fitzgerald on Lake Superior in 1975. The accident killed 29 people, which Gordon commemorates in this track.

There’s actually a spooky story about this ship, whereby it wasn’t supposed to run, but the companies and captain insisted, bringing it to its unfortunate demise. Strangely enough, even with its haunting melody and lyrics, Gordon considers it his best work.

If you’re a fan of Stephen King, you probably recognize the title. “Pet Sematary” is a 1989 punk-rock track from the American band Ramones. The song is based on a novel of the same name.

In fact, King was a huge fan of the band and even invited them to play at his home, which was where they created this song. Despite its morbid verses, this spooky number is pretty catchy, with a classic rock tune.

Many different versions of this song exist, but we decided to go with the Disney version. This haunting song is a reference to the legend of La Llorona, which means “Weeping Woman.” The legend tells of a banshee-like ghost who weeps for her drowned children who died at her own hands. It’s basically told to children so they won’t stay out after dark lest La Llorona finds them.

The song starts out slow, like a lullaby, before becoming more uptempo with upbeat instrumentals, which is kind of ironic, given its message.

Based on a traditional Appalachian folk song, “O Death” is about a woman on the verge of death and is trying to bargain her way out of it so she won’t become a ghost. This version was featured in the TV series Supernatural and became a hit later on.

There are also many covers of the song, but Jen’s rendition isn’t just hauntingly beautiful, it’s also easy to follow.

What better way to show tribute to your favorite musician than to sing about him? This 1992 country track was made to honor the late singer Hank Williams and his tragic death on New Year’s in 1953.

The song describes how Alan was visited by Hank’s ghost while driving to Alabama for a midnight show. With the haunting melody of the guitar and Alan’s vocals, this number is an all-around beautiful tribute.

“I Put a Spell on You” – Screamin’ Jay Hawkins

Released in 1956, this catchy jazzy number is about a man who’s in love with a woman and is determined to keep her to himself. He casts a spell on her so she’d stay with him, even after death.

This song became a cult classic, spawning covers by a variety of artists. Its dark story aside, the track is fun and easy to sing.

“Where Did You Sleep Last Night” – Lead Belly

When Lead Belly released this tune in the 1920s, it became an instant hit that he was often referred to as the song’s author. This isn’t true since the original version originated from a traditional American folk song.

The somber track describes the ghost of a scorned lover who haunts his girlfriend after his murder. Even with its relaxing guitar backing, the song still sends chills down your spine with its ominous verses.

Released in 1986, “Dead Man’s Party” is about a man who had an accident and received an invitation to a party of dead people after his demise. Though the lyrics are pretty dark, the song is an absolute banger with its upbeat rhythm and instrumentals.

This catchy number has been featured frequently in popular culture, notably Malcolm in the Middle and Buffy the Vampire Slayer.

While it’s not really about ghosts, this reggae-rock hit does talk about how a small town has fallen with only the ghosts of its previous residents haunting it. “Ghost Town” was released in 1981 by the British band The Specials shortly before splitting up. The song addresses major problems in Britain at that time, including urban decay and unemployment.

Like its title, the track has spooky melody and verses, making you feel like you’re cruising through a lonely ghost town.

If you’re looking for a song to profess your undying love, this smash hit will definitely do the trick. Written in 1976, this gloomy number is about eternal love and how a man would still love his partner even as a ghost.

With gentle vocals and an electrifying melody, this song is a great choice if you don’t have a powerful voice but still want to make your point.

A song about American capitalism, this 1995 folk track was inspired by the character of Tom Joad from the novel The Grapes of Wrath.

The song talks about the ghosts of the people who died during the Great Depression and Tom’s despair over the situation in the country. The best part about this number is its simple melody and quiet vocals, which means you won’t have to strain yourself much when you sing it.

Originally released in 1959, “Long Black Veil” describes a man who’s falsely accused of the murder of his best friend. He refuses to provide an alibi, as he had an affair with his best friend’s wife on the same night. The song basically is from his point of view as he watched the woman mourning his grave with a long black veil.

This emotional ballad is best sung when everyone’s chilling, given its straightforward lyrics and relaxing melody.

Who doesn’t know this iconic song? This high-energy dance-pop track was released in 1984 for the movie Ghostbusters and instantly became a smash hit. Some might even call it the greatest song of the 1980s, which we can’t agree more.

With its funky melody and witty lyrics, this song will not fail to get your crowd to sing and dance along with you.

Steven is part of a story arc introduced in Alice’s song “Years Ago” and was included in his 1975 album Welcome to My Nightmare. The song describes a man who’s mentally stunted due to a traumatic childhood incident. He hallucinates the ghost of his mother calling his name when it’s actually his wife whom he kills later.

For a macabre track, Steven has some sick guitar riffs and lyrics that’ll make you scream your heart out. It’s a good song choice for a classic rock party.

This 1989 ballad addresses Stevie’s lingering regrets and ghosts of her past. It’s an upbeat, country-infused song with simple lyrics that you just can’t mess it up.

“The Ghost of You” – My Chemical Romance

With some of the most powerful vocals, “The Ghost of You” explores the grief one feels from the unexpected loss of a loved one. The 2005 track describes a protagonist who’s haunted by the death of his missing lover.

While the song doesn’t exactly have a high register, the emotional lyrics and thunderous melody will make you want to sing your lungs out.

“Ghost” was originally posted on Halsey’s Soundcloud and garnered enough online buzz to record her 2014 EP Room 93. According to Halsey, the song explores being in a relationship with someone who’s not emotionally invested. However, the lyrics can be interpreted as a woman who’s haunted by the ghost of her former lover.

Though it’s quite catchy with its synths and beats, the melancholic lyrics give the song a haunting feel to it.

“The Ghost Song” – The Doors

“The Ghost Song,” ironically, isn’t about ghosts, but it does mention them in the lyrics. Released in 1978 by Jim Morrison, the song is a call for people to celebrate art and express themselves freely.

It’s one of Jim’s most straightforward poems, making it easy to follow. You don’t even have to sing it; just talk over the melody.

You’d probably never guess it from its upbeat melody, but this 2009 pop ballad has a pretty spooky message. It’s basically about the singer haunting his ex and reminding her that she’ll never get over him. A perfect choice for a Halloween party, we’d say.

“The Ghost in You” – The Psychedelic Furs

Even with its bleak verses, it does feature that classic synth-pop sound you expect from most ’80s music. Released in 1984, the track is about a man who still feels haunted by his former girlfriend after she left him. With fun beats and repetitive lyrics, this song is hard not to dance to.

Before you go, check out our roundup of the 20 best meme songs ever created! Yes, Rick Astley is in there… 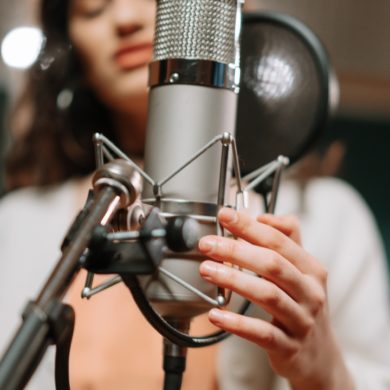