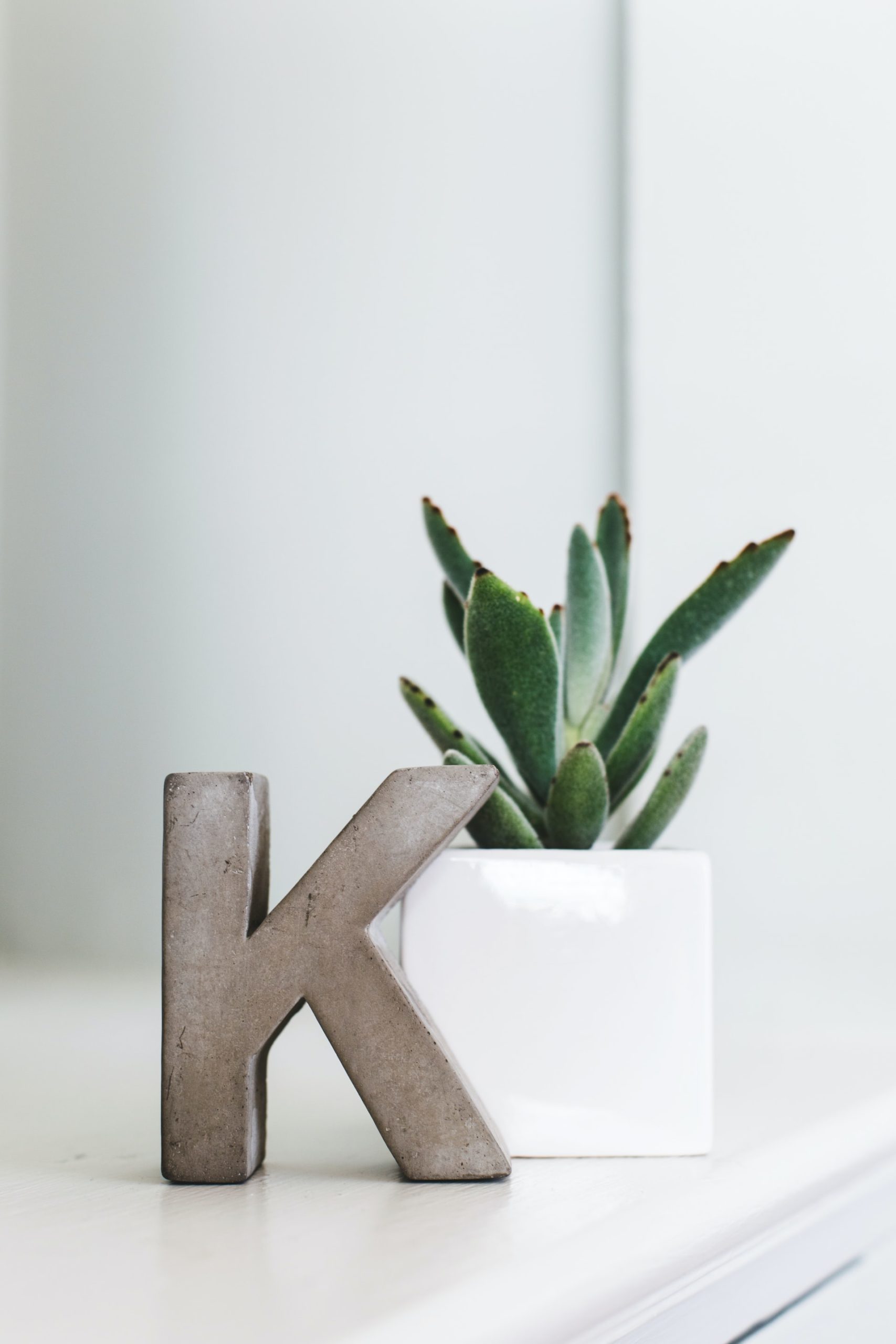 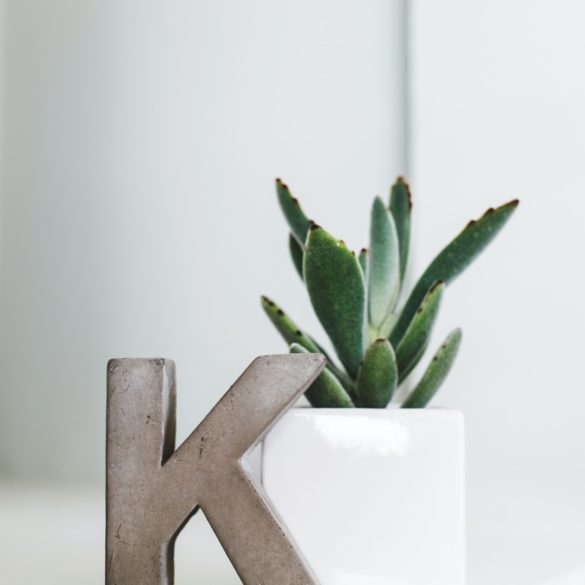 While words with the letter K are used more often in our everyday lives, songs that start with it are fewer than the more common alphabets.

After searching the Internet, we have compiled a list of songs, from pop to rock, that begin with K.

The songs we selected are a mix of old and new, so there’s something for everyone.

Whether you’re looking for new songs for your next karaoke sessions or want to reminisce on some old classics, take a pick from our list and have fun listening!

The Best Songs That Start with the Letter K

The second this pop song was released in 2021, it was an instant success.

“Kiss Me More” is Doja Cat’s first collaboration with artist SZA and is the introduction to her album Planet Her.

This upbeat track describes kissing in the most aesthetic way possible, with a bouncy tune that gives you the feel of a summer breeze.

Featuring snappy verses and a catchy rhythm, this is a song that you’ll have plenty of fun with while showing off your vocal skills.

“Killing Me Softly with His Song” – Roberta Flack

This slow-paced entry leans more toward the retro, but it’s a timeless and beautiful song regardless.

Her version was so good, she won two Grammy awards for it in 1973.

Roberta’s cover is pretty easy to sing with its simple tune and repetitive lyrics.

You just have to put your heart into your performance to really smash it.

This 1994 classic is hard to forget, especially with its memorable chorus.

A rock/soul number about being deeply in love, it was first published in Seal’s second album in 1994.

The following year it was released as part of the Batman Forever film soundtrack, which made it popular across several countries.

“Kiss from a Rose” might not be the easiest song to sing, but it’s worth it to belt out that dramatic chorus in front of your audience.

This catchy 2003 hit from Shania Twain will have you wanting more.

First released in 2002, “Ka-Ching” addresses consumerism, exploring how money is so important that people would go to the extremes for it.

This song is so iconic, everyone will be singing and dancing along with you if you choose to sing it.

“Keep It Right There” – Diana Ross

“Keep It Right There” was featured in Diana’s 1995 album Take Me Higher.

A soul-infused track, it’s about a woman who tries to persuade her lover to stay with her for the night.

The slow-paced melody and soft vocals give the song a dreamy feel, so it’s definitely a great song choice to set a romantic atmosphere in your karaoke bar.

Ava’s upbeat track is an unabashed anthem of empowerment, and we are here for it.

As part of her 2020 album Heaven & Hell, the song had gone through 10 different iterations before a final version was completed.

If you’re looking for some feel-good oldies, Billy’s “Keeping the Faith” would surely uplift your spirits.

This upbeat number might mention various clothing and fads of those long-gone eras, but Billy acknowledges that the future has many good things in store too.

With a bouncy melody and fun lyrics, it’s a song that’d surely put a smile on anyone’s face.

Released in the band’s 2011 album Here and Now, “Kiss It Goodbye” is a rock track that explores materialism.

Lyrically, the song goes into how the desire for fame and money corrupts someone and the lengths people would go to secure those for themselves.

The track has a pretty high register that you’ll literally be screaming the lyrics out.

It’s a Queen song, what more can we say?

In fact, this 1974 single was the song that skyrocketed the band to becoming worldwide rock stars.

According to Freddie Mercury, the upbeat track is about a high-class call girl, though it can be interpreted in any way you like.

Since it’s a Queen song, you’re gonna have to be ready to go pretty high on the vocals.

On the bright side, you can’t resist smiling at its lighthearted melody and whimsical lyrics.

You might have heard it on Tiktok, but this track was actually released in Rihanna’s 2016 album Anti.

A pop and R&B ballad, “Kiss It Better” describes an unhealthy relationship that Rihanna finds hard to break out from despite knowing it’s bad for her.

Combining catchy synths and soulful vocals, you’ll have a blast belting out that powerful chorus no matter your vocal range.

Disney songs never go out of style, even when they’re sung in a different genre.

Originally featured in the 1989 film The Little Mermaid, “Kiss the Girl” is sung by Sebastian, who encourages Prince Eric to kiss Ariel before it’s too late.

A pop-rock rendition of the song was released in 2006 when the film was re-released.

Ashley’s version comes with an energetic tune and passionate vocals that’ll make you sing your heart out.

Dolly Parton takes us back to 1974 with this simple and introspective single.

The second track on her album The Bargain Store, the song tells the story of a miner from Kentucky who leaves for the city to gamble only to lose everything, including his wife.

It’s supposed to teach a lesson that gamblers always lose more than they win.

With simple instrumentals and mellow vocals, it’s a pretty song to sing.

Written by Bob Dylan himself, this folk-rock track was featured in the soundtrack of the 1973 film starring Pat Garrett and Billy the Kid.

After its release, it became a worldwide hit and spawned many covers from different artists like Eric Clapton and Randy Crawford.

It’s quite easy to sing with its slow-paced melody and simple instrumentals.

“Kiss and Make Up” – Dua Lipa and BLACKPINK

The electro-pop track describes using physical affection instead of words to reconcile with a lover before the relationship breaks up.

With a fast-paced rhythm, this catchy single combines both English and Korean, so you might want to practice first before singing this in front of your friends.

“Kiss Me” – Sixpence None the Richer

Though it was released in 1998, this sunny pop single is still as iconic as it was then.

Written in a Netherlands motel, “Kiss Me” describes wanting to do various simple things with a lover, including being given kisses.

The song became more well-known after being used as the theme song for the 1999 film She’s All That, and it charted in many countries after that.

The mellow instrumentals and romantic lyrics give it a summertime feel, making it a good song choice to lay down some chill vibes.

“Knocks Me Off My Feet” – Stevie Wonder

This romantic single was released in Stevie’s 1976 album Songs in the Key of Life.

A smooth soulful track, the song describes a man proclaiming his love for a woman who makes him go weak at the knees for her.

Though it’s not one of his most well-known numbers, it’s been covered by many artists including R&B singer Donell Jones.

This passionate track is definitely a great choice to sing to someone special.

“Keep on Lovin’ Me” – Marvin Gaye and Tammie Terrell

Written in 1968, this R&B hit is for everyone with a best friend.

This uptempo song goes back and forth between Marvin and Tammie who sing about how much their friendship means to each other.

With an irresistible rhythm and amazing vocals, you’ll surely have tons of fun singing this track with a friend.

Released in 2011, “Kiss Me” tells the story of two best friends who fall in love.

Ed Sheeran explains that the song is actually about his godparents in 2012.

The song is also pretty slow-paced without any key changes, so you won’t have any problem pulling it off.

“King of the Fall” – The Weeknd

This 2014 hip-hop single is considered by most to be a staple song in The Weeknd’s discography.

Lyrically, the track touches on societal themes like drugs, females, and overwhelming fame.

Featuring a distinct melody and reflective lyrics, this is a good song choice that’d bring your vocal abilities to the forefront.

Published in Mila’s album The Waiting Game in 2015, this smooth track takes notes from Kool & the Gang’s “Summer Madness.”

The song is about taking a step back from the drama and simply relaxing.

With its simple beats and straightforward lyrics, it’s a great song to sing at night when everyone’s chilling in the bar. 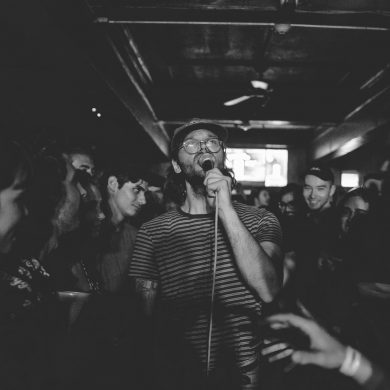