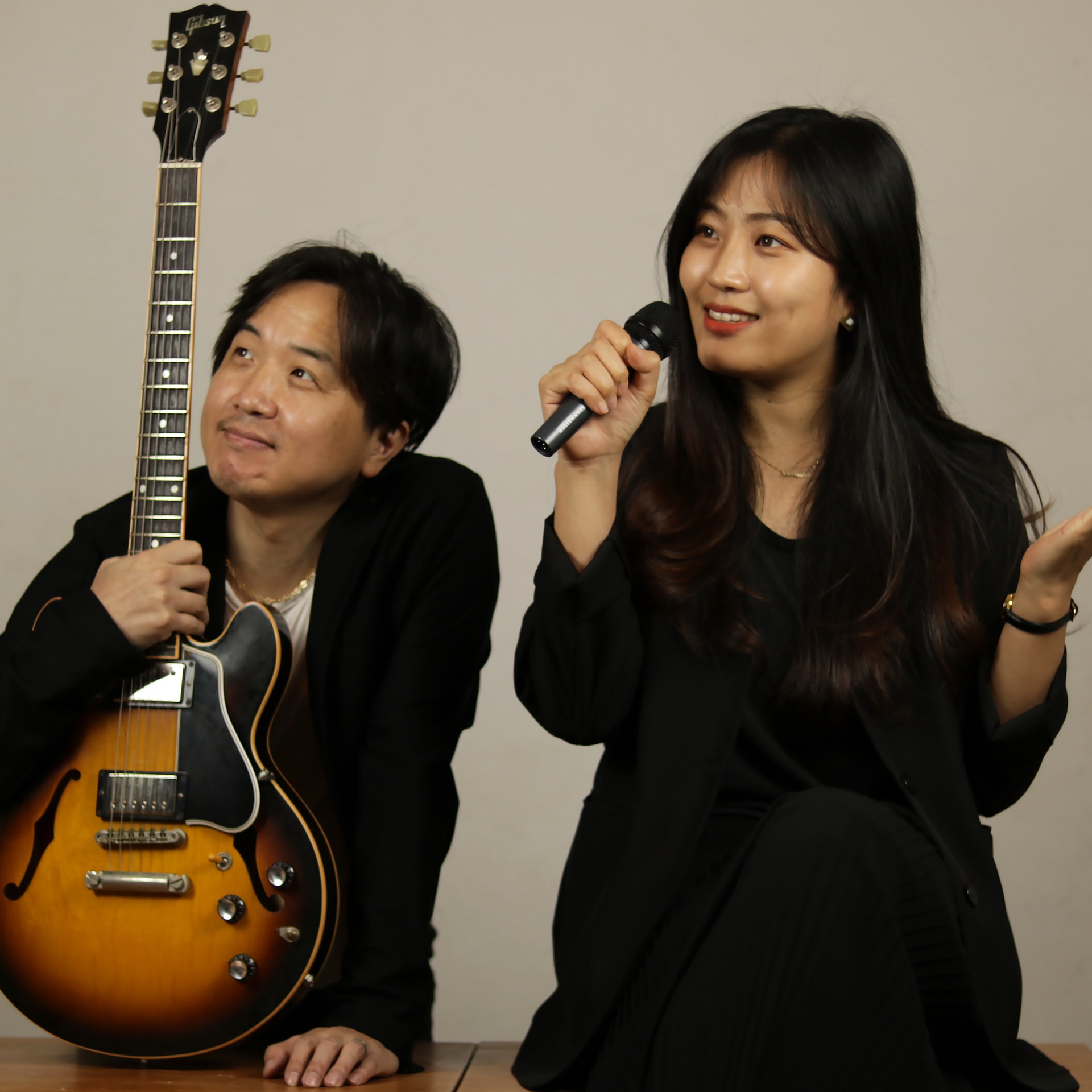 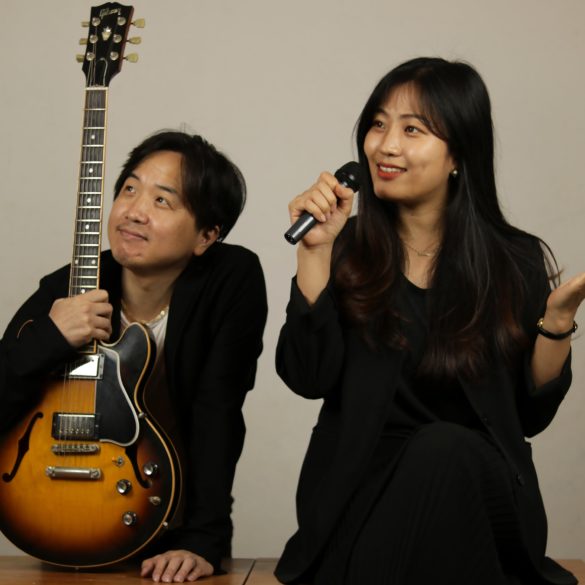 K-pop, short for Korean popular music, can be fast-paced and upbeat, topped with mesmerizing visuals, conceptualized lyrics, and energetic dances. However, it isn’t limited to just those kinds of songs, there are also sad K-pop tracks that will tug at your heartstrings.

Whether you’re looking for some new K-pop tunes to sing during karaoke or just love Korean music, here are our picks of sad K-pop songs that will send you on a rollercoaster of emotions.

Featured in the album Seoulite, “Breathe” is a 2016 ballad by Korean singer Lee Hi. This heart-wrenching track talks about how it’s okay to make mistakes and let out your emotions. The song was originally written by Shinee’s Jonghyun, who passed away in 2017 to suicide. Since then, it has been recognized as a tribute song to him.

Even if you don’t understand the Korean lyrics, you can’t help but be moved by its melancholic melody and powerful vocals.

“I Will Go to You Like the First Snow” – Ailee

Originally recorded for the soundtrack of the 2016 television drama Goblin, this emotional single went on to become a huge success in Korea in 2017. While the song is based on the series, it describes the beauty and pain of being in love.

With a beautiful melody and heart-wrenching lyrics, it’s a track that will surely move your audience.

Written by BTS’ Suga, “Let Me Know” is a track on their 2014 Dark&Wild album. The K-pop number depicts the efforts to resist the end of a relationship, though it breaks off eventually.

This song is best sung in a group since there are different parts for everyone. If you want to tackle it solo, be ready to get deep in your feelings from its trance-like melody and meaningful lyrics.

This 2017 hit might have a preppy tune, but it’s actually pretty dark. The song was released following the disbanding of the group Sistar, with the lyrics addressing their separation.

Despite its sad message, the song has simple lyrics and a relaxing rhythm that really captures the acceptance of a calm breakup.

Everyone struggles with insecurities, and this 2015 track truly conveys those feelings. Featuring a slow melody and straightforward lyrics, this melancholic song brings to light that even pop stars are also humans with flaws hiding behind the curtains of glamour and fame.

The raw and earnest vibe of the song will undeniably touch the hearts of your crowd.

Released in 2018, this emotional piano ballad took part in the second season of SM Station with the vocalists being NCT 127’s Taeil, Jaehyun, and Doyoung. The melody of the song is deliberately subdued so the singers can focus on delivering emotions with their powerful vocals.

You can either sing this track with your friends or aim for the spotlight by attempting to hit those high notes.

Sailing was released in 2015 as part of the SM Station 1 Weekly Releases. The heartfelt ballad was written by member So-Young as a tribute to their loyal fans who have supported them throughout their nine-year journey. This slow-paced track features a simple melody and lyrics that inspire hope for the future.

If you’re looking for a song that’ll uplift the spirits of all those who hear it, “Sailing” is the perfect choice.

Super Junior has many amazing hits, and “Evanesce” is one of their more emotional ones. Released in 2014, this K-pop ballad explores a short-lived relationship and the heartbreak that follows. The song features a pretty irresistible tune and passionate verses, which drive the feeling of heartache home.

Just broke up with someone you love? This song would be a great song choice.

2014 was a rough year for EXO with the news of dating scandals and the departure of three members. In 2015, this song was released under the SM Entertainment banner as an apology to their fans. The track is filled with regret, its lyrics addressing the incidents in 2014 and how they’ve broken their “promise” to stay together in all circumstances.

Even if you’re not a fan of the band, you can’t help but shed a tear at how hard the song goes.

Following the group’s disbandment in 2016, “Goodbye” was released the following year as a farewell number to their fans. It was revealed by member CL that she actually wrote the song as a letter to Minzy before altering the lyrics to address the other members instead. The song goes on for around four minutes and has a high register, so it’ll be better if you sing it with a friend to avoid straining your vocals.

Breakups can be hard since the memories you shared with them still remain. This 2011 ballad explores the singer searching for his love in vain. Given its message, the vocals go pretty hard in this song, so be prepared to sing your heart out.

Fiction was released in 2011 on Beast’s first full-length album, Fiction and Fact. The contemporary track addresses a man’s denial after a breakup and how he wishes to continue his love story in a novel alone. Despite its emotional verses, the song is pretty upbeat with an addictive melody that makes you feel like dancing.

Another entry from BTS, “House of Cards” is the outro to BTS’ 2016 album The Most Beautiful Moment in Life: Young Forever. The ballad describes a crumbling relationship despite the efforts of both parties to stay together, likening it to a house of cards.

While the lyrics are pretty emotional, the song features an almost seductive melody that just pulls you in.

“Downpour” marked the last single from the girl group I.O.I in 2017 after being together for a year. Produced by SEVENTEEN’s Woozi, the ballad is a story of the hardships, memories, and achievements they share with each other. The single became one of Korea’s most popular acts that year and was performed at the girls’ last concert, Time Slip.

Thanks to the love and support from their fans, I.O.I is known as the greatest project group in the history of K-pop.

Written by the South Korean indie rock band, The Rose, this 2018 ballad addresses the exhaustion of living and that it’s okay to face it with someone by your side. The song is the group’s way of telling their listeners that they are never truly alone.

With simple instrumentals and passionate lyrics, this song is pretty easy to sing as long as you put your heart into it.

“You Were Beautiful” – Day6

“You Were Beautiful” is a 2017 track from Day6’s first album, Sunrise. This is yet another ballad that reflects the denial after a painful breakup. With a rock-infused melody, the song also has emotion-filled vocals that can go pretty high, which makes it a smart choice if you haven’t gotten over someone.

Written by Teddy and Taeyang, this 2014 single was the second best-performing song that year, peaking on major Korean music charts. Taeyang drew inspiration from his girlfriend at the time for this track so it would reflect the longing for a lost love. Slow-paced and emotional, this ballad will make you experience loss, even if you have never been in a romantic relationship.

While the song is titled “Fine,” the lyrics say otherwise. Released in 2017 by singer Taeyeon, this alternative-pop song talks about the overwhelming emotions after a breakup. Her powerful vocals truly shine in this track, with its musical style being similar to Taylor Swift.

Released in 2014, “Wasted” addresses the heartbreak and feelings of betrayal after a separation between two lovers. Coupled with emotional vocals and dramatic melody, this is a song you either want to cry to or sing out loud to your heart’s content.

Featured in Chungha’s 2017 album Querencia, this sentimental ballad sends a message of comfort to all those who are exhausted and worn out. With a simple melody and raw lyrics, this song is perfect when you’re feeling bogged down by the hardships you have to endure. It’s also a slow-paced ballad, so you won’t need any special singing abilities to make it sound good.

Well, I don’t know about you but I kept the Kleenex close for that one… If you are looking for a pick-me-up that is a little more upbeat (assuming you aren’t crying into your pillow by now), be sure to check out the 25 best damn karaoke songs of the 2000s! 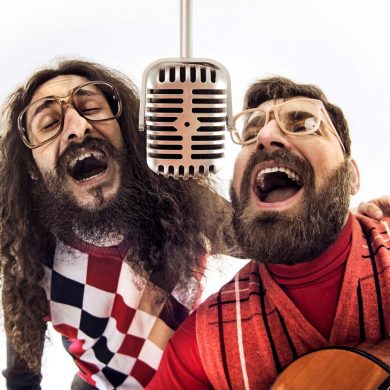 Can Anyone Learn How To Sing (Or Is It A Gift?)