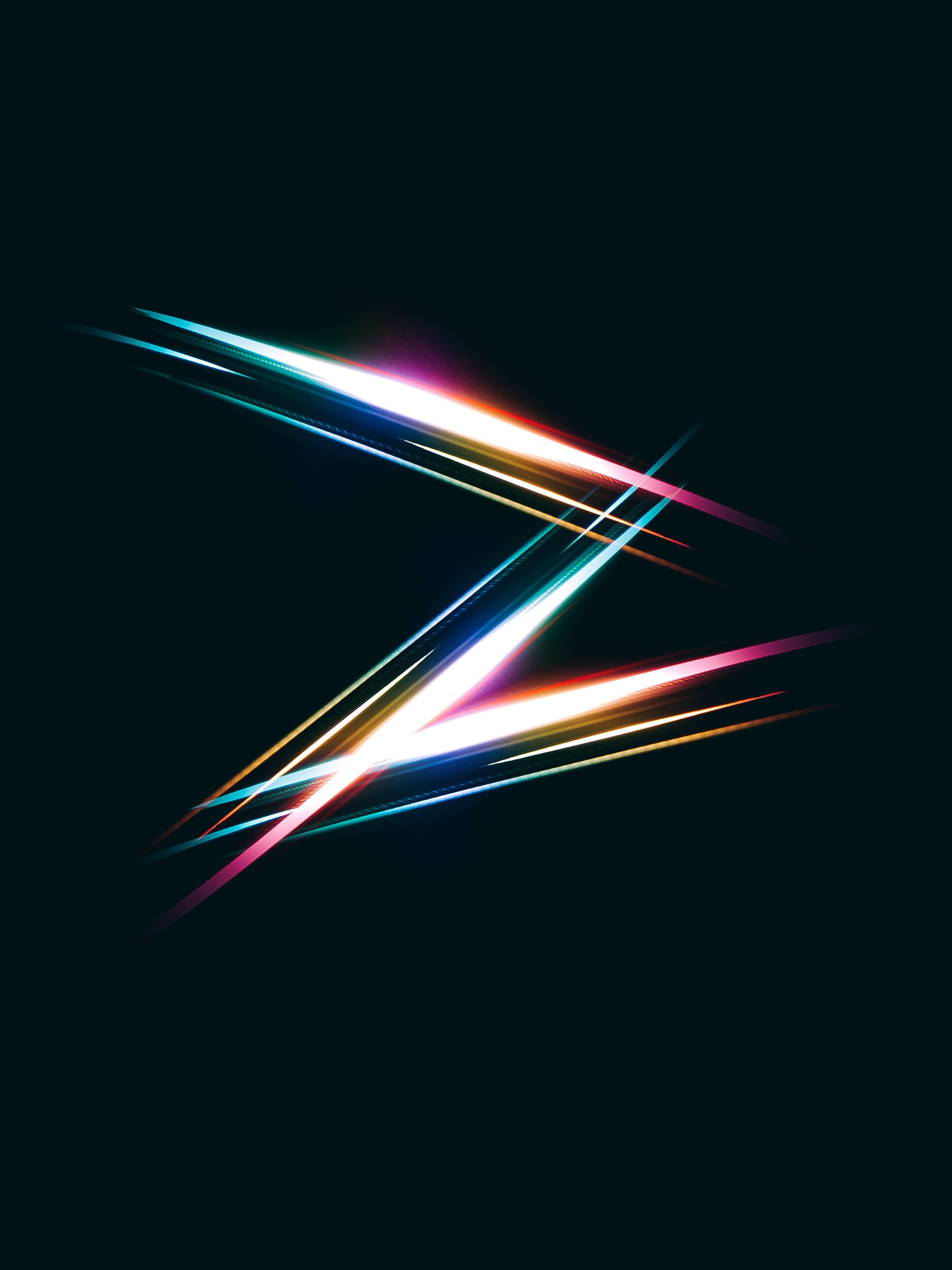 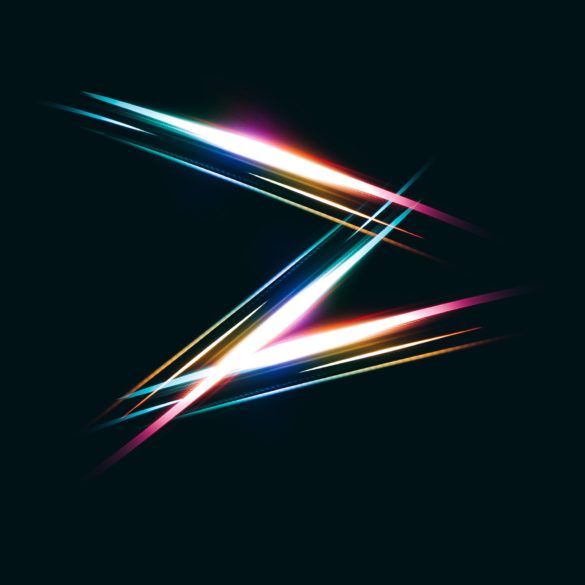 When it comes to choosing songs based on an alphabet, there are a few letters that just don’t boast as many tracks as the others do. Songs that start with the letter z are pretty rare, but that doesn’t mean they don’t exist!

In this article, we have rounded up a list of songs from different genres and singers that start with the letter z. Whether you’re looking to extend your playlist or sing something new for karaoke, have fun taking your pick from our list!

Also, be sure to keep slurping down the alphabet soup with our guide to the 20 best songs that start with the letter X!

Regarded as one of the greatest musicians of the 1980s, Prince has tons of great songs. “Zannalee” is one of his more underrated numbers. It was released as the sixth track on the 1996 album Chaos and Disorder. Until today, it’s not known if Zannalee refers to a real person or is just a character in the song.

If you’re a fan of blues-rock, you’ll definitely appreciate this song. It also has a catchy melody and simple lyrics, making it pretty easy to sing.

A protest song, “Zombie” addresses the Troubles, a decades-long conflict between the nationalists (Irish or Roman Catholic) and unionists (British or Protestant) in Northern Ireland. This powerful song was written as a tribute to the death of two young boys who were killed in an IRA bombing in Warrington, England.

The 1994 rock ballad is raw and emotional, with a heavy melody and aggressive lyrics. This is a song that you must sing with all your heart out to really smash it.

Ever wanted to feel like you’re floating in a dream? Alicia’s “Zebra and Airplanes” gives off that exact vibe you’re looking for. This 2014 ballad was written after Alicia saw a painting by Chloe Early, which gave her feelings of freedom, power, love, and the strength to gallop and fly. Just as the lyrics describe a surreal fantasy, the song also has a smooth melody that’ll make you feel like you’re in a dream.

An ode to actress and singer Zendaya, Cozz and J.Cole came together in this 2018 hip-hop collaboration. The song describes their pasts and the people who have influenced their rap careers. J.Cole mentions drug-related topics and other societal issues in his verses, as what he is known for. With a smooth, easygoing melody, this track is a great choice if you’re looking to do rap for karaoke.

Released in 1972, this song is the defining track of David Bowie’s reinvention as the symbolic rock and roll messiah, Ziggy Stardust. The rock number is about Ziggy Stardust, a bisexual alien rock star who is also a messenger to other outer space beings. According to David, the character of Ziggy Stardust was inspired by Vince Taylor.

While the song isn’t the easiest to tackle, it’s an absolute banger, with wicked guitar riffs and unique lyrics that make sure you can have fun singing.

Vanilla Ice is usually known for his hip-hop tracks, but his 1998 album Hard to Swallow was when he dabbled more into rap-metal. A track from the album, “Zig Zag Stories” explores Vanilla’s issues with drug use and struggles with fame. Like most metal songs, you literally will have to scream out the lyrics to match the gritty instrumentals.

Written for his 2010 album All Days Are Nights: Songs for Lulu, this emotional ballad is about Rufus’s mother who was dying from cancer at the time. The song depicts Rufus’s feelings about his ill mother and the desire to run away from his predicament. Backed by the quiet tune of the piano, it’s a slow-paced track that will surely make your crowd shed a tear.

If you’re looking for a fast and catchy song, this 2015 track is the perfect choice to get everyone pumped.  It basically describes how Chris doesn’t care about his breakup with his girlfriend and how he’s enjoying his life. The song is also really catchy, with its funky groove and robotic talkbox for a neo-disco rhythm. You’ll definitely have fun singing “Zero” together with your audience.

Released in a 1998 song compilation, “Zero and Blind Terry” is about a girl who falls in love with a boy from an opposing family. They decide to run away, much to the dismay of the girl’s father, who orders the boy to be killed by the police. This track is a banger, with simple lyrics and upbeat sax riffs that you just can’t help but dance to,

“Zero” is a 2018 pop track from the rock band Imagine Dragons on their studio album Origins. The song is most known for being featured in the Disney animated film Ralph Breaks the Internet. Though it’s an upbeat and joyful song, it actually talks about the struggles and hardships one has to face in their early days. It also mentions the feeling of insecurity, worthlessness, and mental illnesses.

The band U2 is best known for their pop and rock numbers in the ’80s. But in 1991, they reinvented themselves musically and released their album Achtung Baby, which introduced their new sound of industrial-influenced percussion and distorted vocals to the world. “Zoo Station” was inspired by a surrealistic story and was meant to depict the chaos of beasts breaking out of their cages.

The track features scratchy vocals and loud guitar riffs that may just awaken the budding rockstar in you.

If you grew up watching Disney Channel, chances are, you know of the series The Suite Life of Zack and Cody. The show is about two twins who get to live in a luxury hotel. This 2018 track depicts a similar hotel motif, with Post Malone talking about his busy life and the parties he throws in fancy hotels. Despite its darker themes, the song is catchy, with a feel-good melody and easy-to-remember lyrics.

Written in 2003, Aaron Lewis meant this song as a tribute to his daughter, Zoe Jane Lewis, who passed away on April 5, 2002. It was also the same date Layne Staley, former lead singer of Alice in Chains, passed away. This emotional ballad explores the idea of being on the road constantly, making Aaron miss Zoe’s early childhood, and how it made him feel. With a slow melody, “Zoe Jane” is a passionate song that will tug at your heartstrings.

This 2010 R&B track would absolutely get everyone onto the dance floor. In a collaboration with rapper T-Pain, Flo Rida delivers this energetic song about wanting a girl from an online dating site called Zoosk. The lyrics address how easy it is to get girls from the site because of how famous they are. This is a pretty fast pop song, so no one can blame you if you can’t sing all of the lyrics in time.

Featured in the 2020 album Music to Be Murdered By: Side B, “Zeus” is a collaboration between Eminem and New York recording artist White Gold. This track contains some of Eminem’s most ruthless bars and name-drops, including taking shots at Tekashi 6ix9ine and Machine Gun Kelly, whom he had beef with since 2012. He also mentions other famous figures who were involved in social issues at the time in this song. With its catchy beats, this is a song that’ll make you spit some surefire bars.

Released in 1991, this heavy metal track talks about the side effects of irresponsible alcohol consumption. The lyrics make mention of doing the “Zombie Stomp,” which actually refers to how people walk when they’re intoxicated. Since it’s a heavy metal song, you’ll definitely have to sing your heart out.

This song was featured in Disney’s 1991 For Our Children concert, which was meant to benefit the Elizabeth Glaser Pediatric AIDS Foundation (EGPAF), a nonprofit organization that funds research on the effects of HIV/AIDS on children. This upbeat single was originally sung by James Baskett and appeared in one of Disney’s older movies, Song of the South.

With its repetitive lyrics and electro-infused beats, Paula’s rendition of this track would definitely be fun to sing with your friends.

The prologue to the band’s 2011 album The Papercut Chronicles, “Za Intro” is a short rap that introduces the concept of the compilation. Using a distorted robotic voice, most of the track is talking over a simple beat. So you can easily perform this song in your own style if you want to.

Released in 2001, “Zero Mechanism” is a song that’ll test the limits of your vocal range. A screamo-rock track, it gets as edgy as it can be, with intense lyrics, screeching vocals, and loud instrumentals. If you ever wanted to go back to your emo phase for a bit, this song is the perfect choice.

“Zorro’s Ascent” was featured in the 1982 album Zipper Catches Skin. Lyrically the song is about the famous Spanish hero Zorro and his adventures. This rock song isn’t just catchy, the singer Alice even changes his voice to suit different parts in the track. With an upbeat rhythm and preppy lyrics, this is a song you can act sassy with and still pull it off. 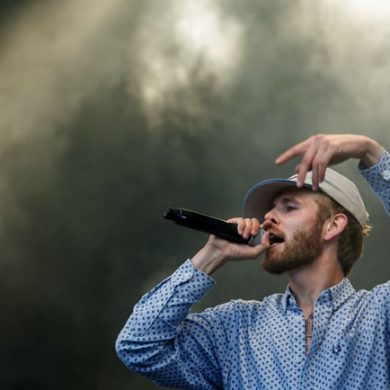 Can The Tone Deaf Learn To Sing?